Boston's Mookie Betts hits 3 homers, 1 to each field, in win 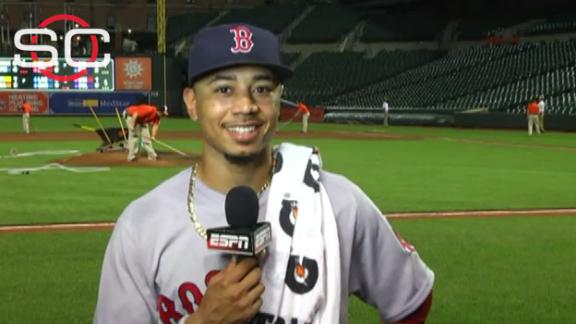 BALTIMORE -- Whenever Boston Red Sox shortstop Xander Bogaerts watches teammate Mookie Betts swing a bat, whether it's on a lazy day in spring training or in the ninth inning of a tie game, one thought crosses his mind.

On Tuesday night at Camden Yards, that was mostly true.

Betts had a game for the ages in the Red Sox's 6-2 victory over the Baltimore Orioles. He slugged three home runs, one to each field -- straightaway center in the first inning, down the left-field line in the second and the opposite way to right field in the seventh. He also made a diving catch to take a hit away from Paul Janish in the bottom of the seventh.

In short, he did it all.

"This is probably the best night," Betts said when asked where the performance ranks among any game he has played. "First time I've ever [hit three homers]. I was able to make a play behind [reliever]Robbie Ross, too. So, for putting the whole game together, I think today was the best."

Betts became the first Red Sox player to hit three homers in a game since third baseman Will Middlebrooks on April 7, 2013, in Toronto and the first Sox outfielder to turn the feat since Trot Nixon on July 24, 1999, in Detroit. According to ESPN Stats & Information, there have been 40 three-homer games over the past five seasons. But Betts is only the sixth player during that time to hit a homer to each part of the field in the same game.

"I think I surprised myself, definitely [with] the center-field and the right-field one," Betts said. "Left field is kind of my forte."

Through two months of the season, Betts is batting .283 with 12 homers, 40 RBIs and an .847 OPS. Somehow, though, he said his season hasn't lived up to his lofty standards.

If anything, Betts has been overshadowed in the Red Sox's high-octane offense by retiring slugger David Ortiz and emerging young stars Bogaerts and center fielder Jackie Bradley Jr., both of whom have had lengthy hitting streaks. Almost one week after Bradley's ended at 29 games, Bogaerts extended his to 24 games with a flare single in the seventh inning against Orioles reliever Dylan Bundy.

"I feel like I haven't been consistent," Betts said. "One game I'll have a good game, and I'll go 0-for-20, especially in some bad spots when I can get a couple RBIs or something. I'm just trying to put it all together, man. One game is one game. Try and do it 15-20 games."

But Betts is the steady force at the top of the order for the American League's highest-scoring offense, a rare blend of strength and speed in a compact 5-foot-9, 180-pound frame. His hands are lightning quick, enabling him to hit for power common among players with far more hulking physiques.

"He's got five tools, man, and he's smart," said Ortiz, whose homer streak ended at three consecutive games. "He's got great hands. He knows about the strike zone really well. He knows the minute that he gets out of it, like we always talk, he can get in trouble. He's so young, man. It's so impressive how he handles his business."

Red Sox manager John Farrell joked that Bradley, who left the team Tuesday to be with his wife for the birth of their first child, should mark the occasion by naming the baby Mookie if it's a boy. After Tuesday night, Bradley might actually consider it.

After a night like this, each of the Red Sox wanted to be like Betts. Even Ortiz, who has 517 career homers but never three in one game. 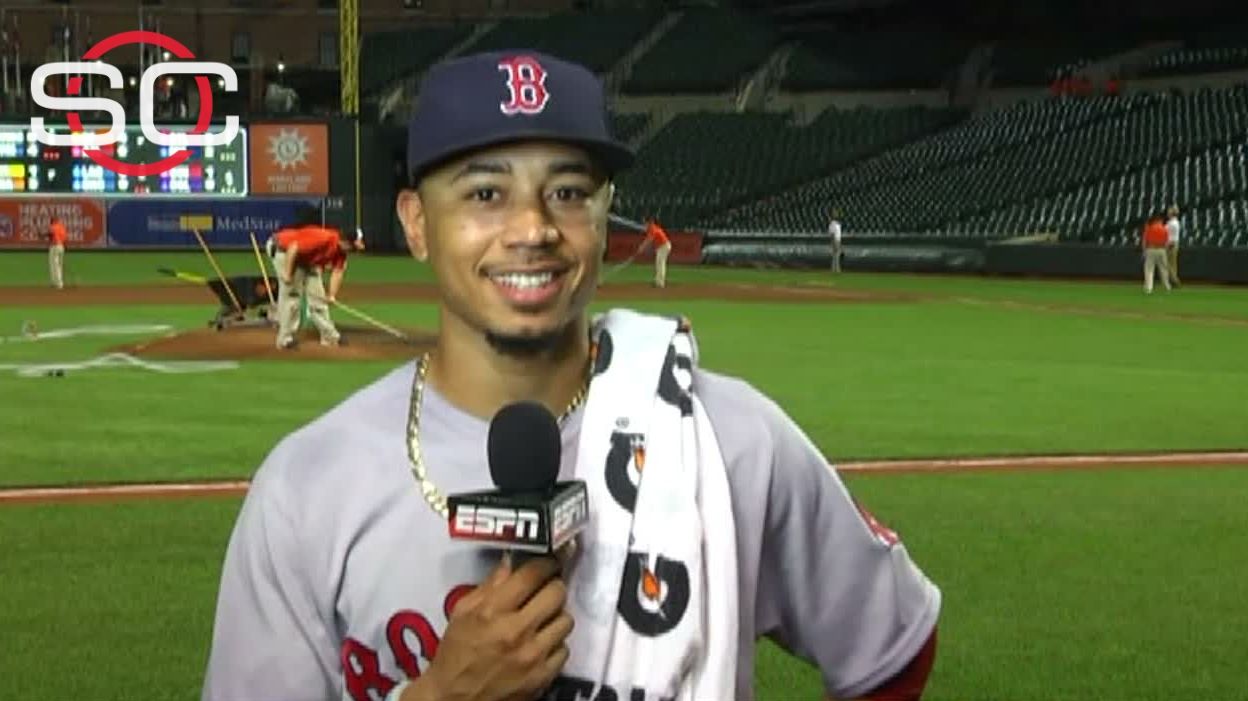