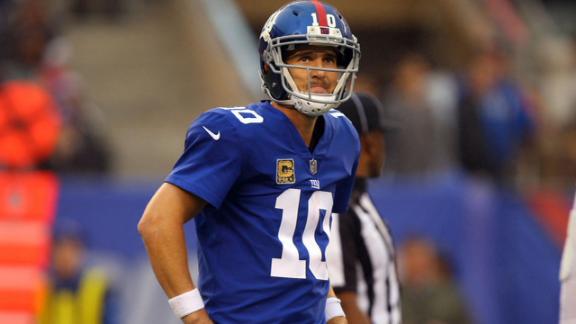 "I have nothing but the most respect for him and everything he's achieved and accomplished in his career," Brady said in an interview with Westwood One Radio that aired before Thursday night's NFL game between Washington and Dallas.

"Obviously, being on the other side of two of those Super Bowl losses to an Eli Manning-led team, I just have so much respect for his dependability, for his consistency, for his toughness. You know that's really everything you want in an NFL player, and I think Eli has always provided that for the team. So I think it's a pretty unfortunate situation."

Asked how players across the NFL react when they hear news like this, Brady told host Jim Gray: "I think there's always these types of situations. As a fan growing up, I mean, to see Joe Montana playing in another uniform, and again, to see Jerry Rice or Ronnie Lott [in another uniform], guys that I really looked up to and admired, there's not many happy endings in sports, and you know that's just the way it is.

"You always wish for everything to go like a fairy tale, but it doesn't. Michael Jordan played for the Washington Wizards. I mean, who would have ever believed that? And that's just pro sports."

The Giants (2-9) gave Manning the option to start the first half of their remaining games in order to keep his consecutive-games streak alive, but the QB didn't want to go that route, in part because of the belief it would tarnish his 210-game streak.

In the interview with Westwood One, Brady was read a list of some of the quarterbacks now starting in the NFL and was asked if the league has a problem at the position.

"That's a great question, and I would say not many people really knew who I was either when I started," he said. "A lot of these young players are trying to develop and grow. They may not be household names like myself or Aaron Rodgers or [Drew] Brees, but we've been around for a long time. So it takes time to develop at this position. I certainly wasn't the player 17 years ago that I am today, but it's taken a lot of practices and a lot of reps in order to develop. And that's usually what it takes most quarterbacks: many years to master their craft." 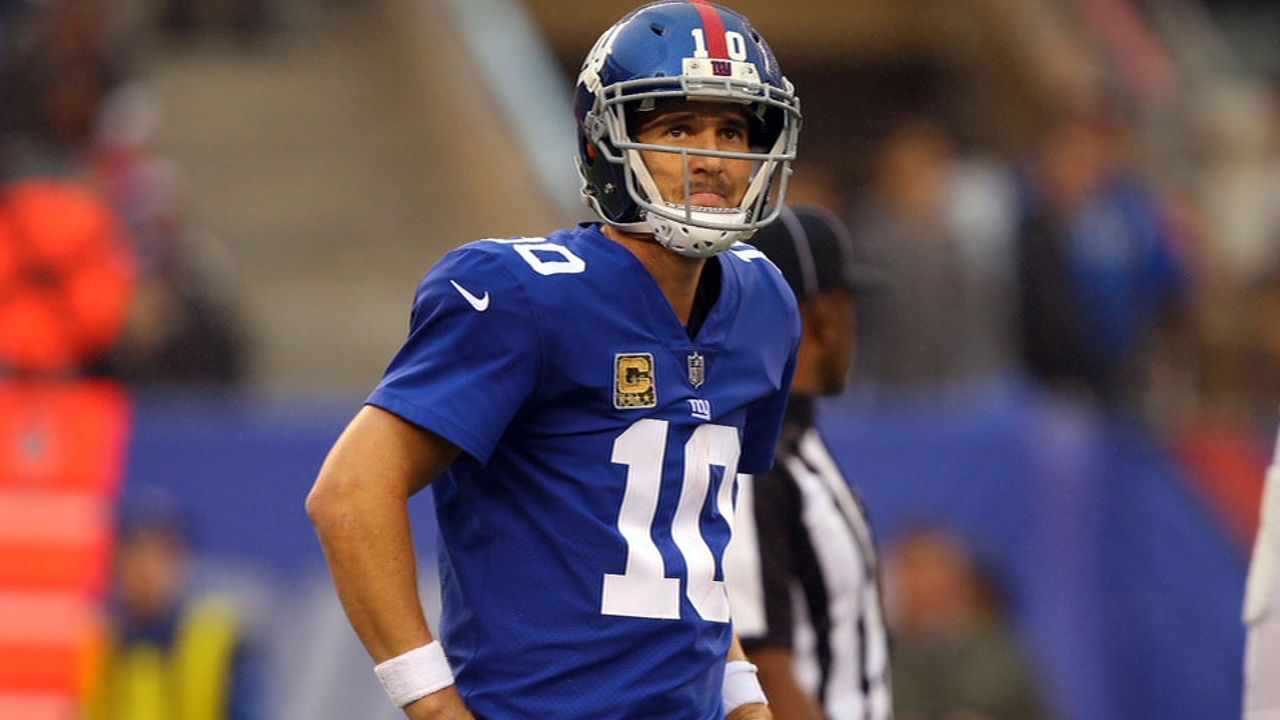