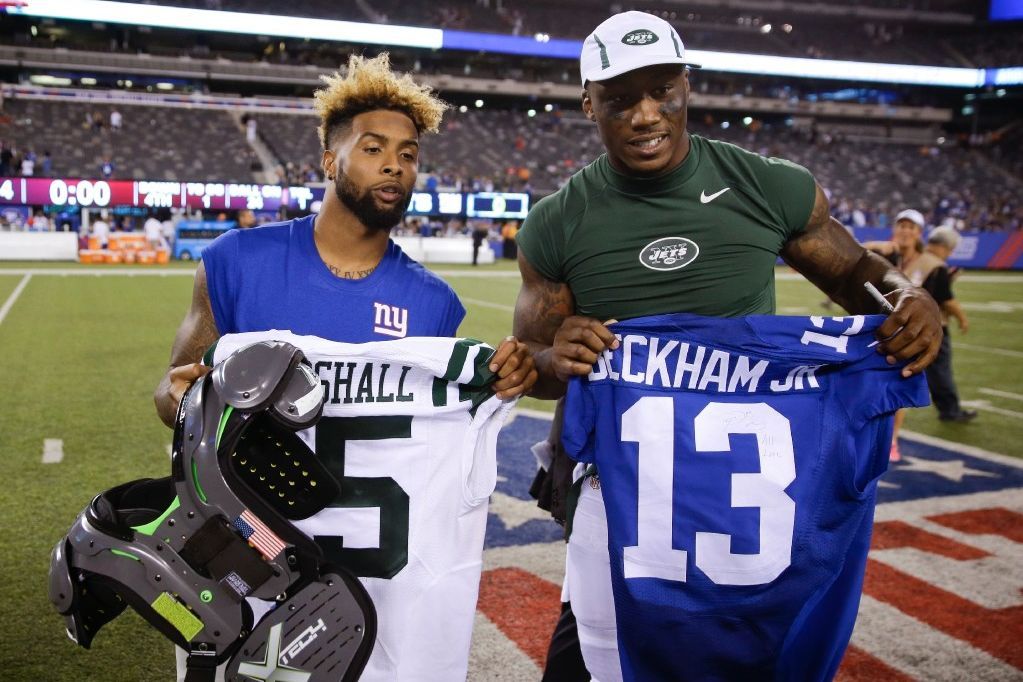 From fellow wide receivers like Larry Fitzgerald and Odell Beckham Jr. to opposing cornerbacks like Patrick Peterson and Richard Sherman, Brandon Marshall has collected them all.

The New York Giants wideout has swapped jerseys with a plethora of NFL players throughout his 11-year career.

And as part of the jersey challenge, he took time to acknowledge those moments by constructing a jersey wall in what appears to be his home.

A six-time Pro Bowler, Marshallrecognizes how many jerseys of current or future Hall of Famers he has hanging on the wall -- players like Randy Moss, Cris Carter, Calvin Johnson and Champ Bailey. Marshall even has a few kickers aligned:Adam Vinatieri and Stephen Gostkowski.

Marshall is entering his 12th NFL season, but it will be his first suiting up for the G-Men and running routes for two-time Super Bowl MVP Eli Manning. Maybe Eli's jersey is another one that could be added to the wall in the near future.