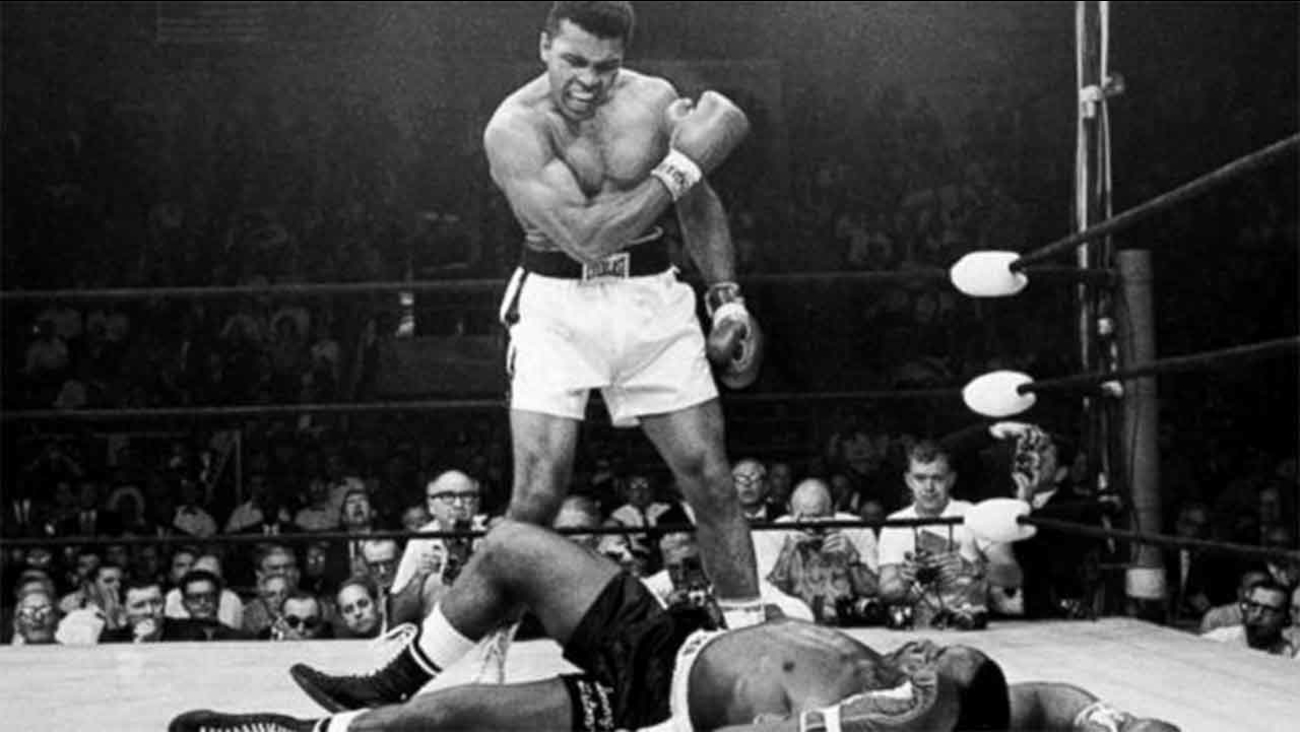 Several celebrities, fighters and politicians paid tribute to the life and achievements of Muhammad Ali this morning:


Read what Muhammad Ali wrote in his memoir on the page titled "HOW I WOULD like to be REMEMBERED" pic.twitter.com/VT2ivwUoLc

Muhammad Ali was not just a champion in the ring - he was a champion of civil rights, and a role model for so many people.

The true GOAT. What a sad day for everyone to loose someone so great and kind and someone who… https://t.co/OIyNfGPuTs

Saying farewell to the man who fought for justice until the final bell. RIP to the people's champ: Muhammad Ali. pic.twitter.com/xXjlldJ4RG

Until Ali no one said "I'm beautiful" he was royalty, yet common man was his pal. That is beauty. Greatest kind pic.twitter.com/uX7htKHrGc

God came for his champion. So long great one. @MuhammadAli #TheGreatest #RIP pic.twitter.com/jhXyqOuabi

The world has lost a Legend and real Champion. #RIPMuhammadAli pic.twitter.com/0CHBR7od5N

I met him a few times . And he was always the funniest guy in the room. So sad. pic.twitter.com/gl6hjV7Y0W

Boxer Oscar De La Hoya calls the late Muhammad Ali "a legend who transcended sport and was a true champion for all." pic.twitter.com/6sC1roi4iE

Muhammad Ali is dead at 74! A truly great champion and a wonderful guy. He will be missed by all!

Ali, the G-O-A-T. A giant, an inspiration, a man of peace, a warrior for the cure. Thank you. pic.twitter.com/MCLyJhLC0X

Our father was a "Humble Mountain!" And now he has gone home to God. God bless you daddy. YOU ARE THE LOVE OF MY LIFE!

I cannot believe we have lost Muhammad Ali. He really was The Greatest.

We will never forget Muhammad Ali, including his visit months before we won Super Bowl XLVII. #TheGreatest

RIP, Champ. Thank you for your leadership, your humanity, and love. We are all better because of you. @MuhammadAli

Remembering the good old days with Ali. RIP my brother I will never forget you. #MohammedAli #Legend #TheGreatest pic.twitter.com/TU7UFBGfcj

"He who is not courageous enough to take risks will accomplish nothing in life." Rest in peace #MuhammadAli

Goodbye my friend. You were Great in so many ways. https://t.co/4rY68GF8mB

Today my heart goes out to a pioneer, a true legend, and a hero by all means! Not a day went by… https://t.co/LKl0gI4inf

Excerpt from President Barack Obama's statement on Ali's death:
"Muhammad Ali was The Greatest. Period. If you just asked him, he'd tell you. He'd tell you he was the double greatest; that he'd "handcuffed lightning, thrown thunder into jail."
But what made The Champ the greatest - what truly separated him from everyone else - is that everyone else would tell you pretty much the same thing.
Like everyone else on the planet, Michelle and I mourn his passing. But we're also grateful to God for how fortunate we are to have known him, if just for a while; for how fortunate we all are that The Greatest chose to grace our time."

Excerpt from President George W. Bush's statement. He awarded Ali the Presidential Medal of Freedom in 2005:
Laura and I are saddened by the death of Muhammad Ali, The Greatest of All Time. I gave Ali the Presidential Medal of Freedom in 2005 and wondered aloud how he stayed so pretty throughout so many fights. "It probably had to do with his beautiful soul. He was a fierce fighter and he's a man of peace, just like Odessa and Cassius Clay, Sr., believed their son could be. Muhammad Ali was an iconic and historic figure who thrilled, entertained, influenced, and inspired millions. Americans will always be proud to have been in his corner and called him one of our own."

Statement from presidential candidate Bernie Sander's on Ali's death:
"Muhammad Ali was the greatest, not only an extraordinary athlete but a man of great courage and humanity."

Excerpt from statement from CAIR National Board Chair Roula Allouch:
"Muhammad Ali, a man who stood by his principles despite criticism and hardship, exemplified a true patriot and a true Muslim. His strength, courage and love of humanity has been, and will continue to be, an inspiration to people of all faiths and backgrounds in America and worldwide."

Excerpt of a statement from the director of the Muhammad Ali Parkinson Center, Holly Shill, MD, director of the Muhammad Ali Parkinson Center:
"I first met Muhammad Ali in the late 1990s when he had been dealing with Parkinson's for many years. I have watched him face the disease with grace and humor, and he has inspired countless patients to do the same. We have lost a great warrior in the battle of Parkinson's, but hope continues for a better tomorrow. We will continue with the Center's mission to improve the quality of life for those affected by Parkinson's."
Related topics:
sportsmuhammad ali
Copyright © 2021 WABC-TV. All Rights Reserved.
MUHAMMAD ALI
Laila Ali cooks up 'Food for Life' (and a tasty burger recipe)
Rank 'Em: The best pro sports appearances in pro wrestling
2016: In Memoriam
Here and Now on March 19, 2017: Part 4
TOP STORIES
FBI, police search Brian Laundrie's family home in Petito case
911 caller claims he saw Brian Laundrie 'slapping' Gabby Petito
Woman tells GMA she picked up Laundrie as hitchhiker in Wyoming
Gabby Petito disappearance timeline: What we know so far
2 killed after man jumps from building rooftop, lands on person below
3 charged in Carmine's hostess assault claim racial discrimination
COVID Update: US death toll eclipses 1918 flu pandemic estimates
Show More
Exclusive: Man punched and robbed while collecting cans speaks out
Anthony 'AJ' Johnson, 'Friday' actor and comedian, has died
NYC teen has 1st heart transplant at Hassenfeld Children's Hospital
'Devious Licks' TikTok challenge leaving schools scrambling
Expectant mom on life support survives COVID with pregnancy intact
More TOP STORIES News