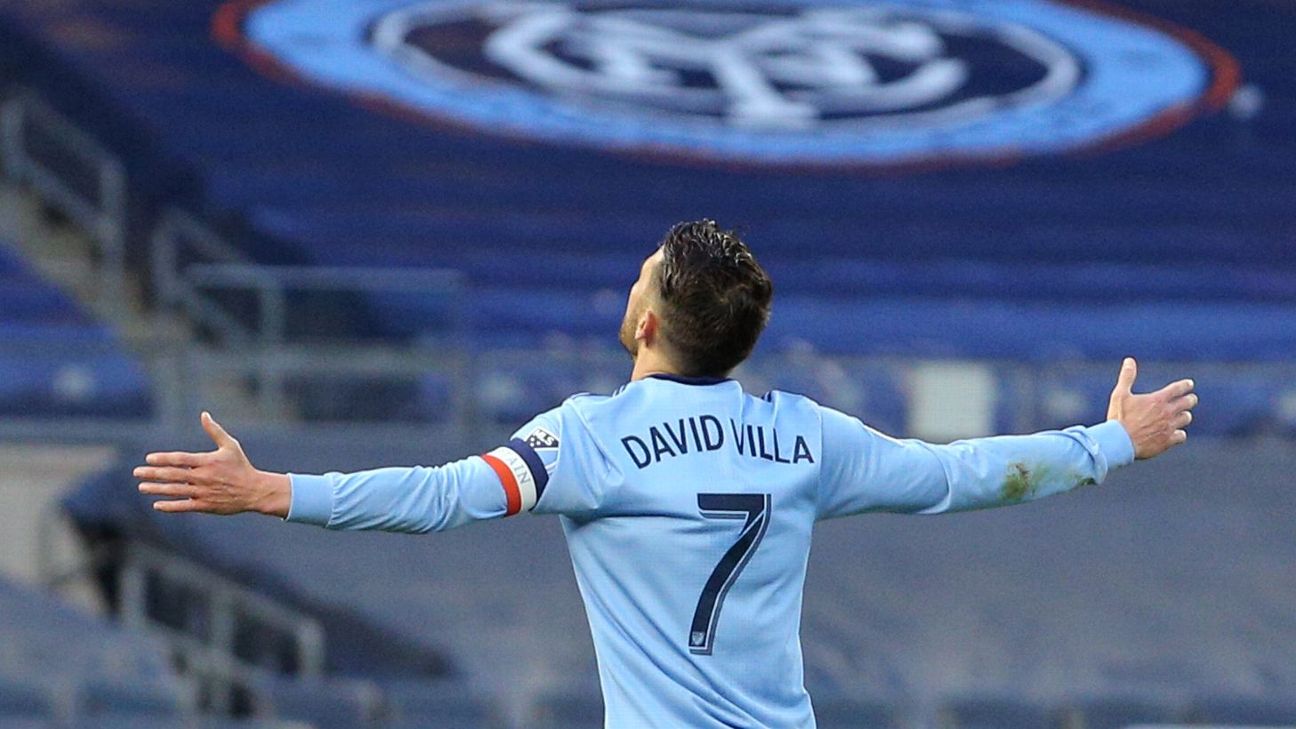 David Villa has revealed that he will be joining up with former Spain teammate Andres Iniesta in Japan at Vissel Kobe, after leavingNew York City FC.

Villa, 36, departs MLS after scoring 80 goals in 124 appearances for NYCFC. He paid tribute to everyone associated with the franchise, as well as to the team's fans in avideo on YouTubelast week as he said his goodbyes.

Vissel Kobe chairman Hiroshi Mikitani said: "We are pursuing a new style of play and after talking with the coach, Villa's name came up as a striker who would fit that style of play. He is a wonderful striker."

The forward spent four seasons with the club as its first captain but has now opted for a new challenge in Japan, where Iniesta has been playing since May.

"It's decided," he said in a video before Kobeannounced the move. "I have a new destination. A great challenge awaits.

A statement from the club read: "By adding Villa to its roster, Vissel Kobe aims to build on the foundation laid with the additions of Lukas Podolski and Andres Iniesta, as it takes another step towards the club's goal of becoming the number one club in Asia."

Villa, Spain's all-time top scorer with 59 goals, won the European Championship and World Cup together with Iniesta, while they also picked up two La Liga titles as well as the Champions League, the Copa del Rey, the UEFA Super Cup and the FIFA Club World Cup at Barcelona.

Kobe, who signed Iniesta in May, are owned by Rakuten, a Japanese e-commerce giant that is also Barcelona's shirt sponsor. The club have endured a difficult season butIniesta scored on Saturday as Kobe wrapped up their J.League campaign with a 3-2 victory over Vegalta Sendai, finishing 10th in the 18-team league.

Information from John Duerden was used in this report.

Nicol: David Villa a class act on and off the pitch
Steve Nicol reflects on the impact David Villa has had on Major League Soccer after announcing his departure from NYCFC after four seasons.