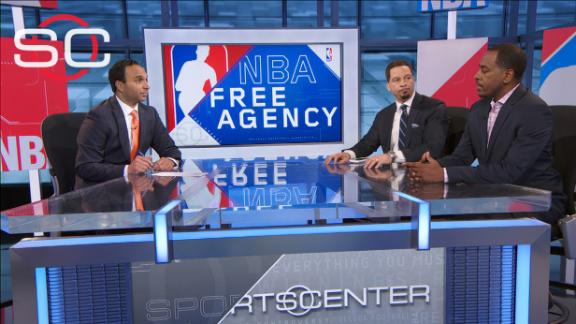 The deal is totally guaranteed with no option.

The agreement was first reported by The Vertical.

Howard had a productive meeting with the Hawks on Friday, a source previously said. It was the Atlanta native's first meeting of the free-agency period.

"It was a really, really, really good meeting," the source said. "Very impressive. Dwight's going to look at all his options. But it went very, very well."

Howard, who had also drawn interest from the Boston Celtics, had been scheduled to speak with other teams by phone Friday, the source said.

A source previously told ESPN's Calvin Watkins that Howard was looking for a contract beginning at $24 million per year.

It remains unknown whether Howard will play with Al Horford or replace him.

Combined with Atlanta's agreement with Kent Bazemore on a four-year deal worth $70 million Friday, the Hawks have nearly exhausted their available salary-cap space, while All-Star free agent and nine-year team veteran Horford has yet to pick a team.

However, the Hawks were engaged in trade talks Friday that potentially would allow them to open more cap space in the event Horford decided to re-sign. Horford is one of the most coveted free agents on the market, with several teams interested in him, including the Boston Celtics, Oklahoma City Thunder, Detroit Pistons, Houston Rockets and Washington Wizards.

The Hawks have yet to offer the full five-year max to Horford, a source said.

Horford met with the Celtics, Rockets, Wizards and an unknown team Friday in Atlanta and expects to make a decision this weekend, sources said.

Howard, 30, returns to his hometown after three seasons in Houston, where he battled injuries and wasn't the force he was earlier in his career. He managed just 13.7 points and 8.5 field goal attempts per game last season, his lowest numbers since his rookie season with Orlando in 2004-05.

He had an opportunity to remain with Houston but declined a player option that would have paid him $23.2 million.

If Horford leaves, the Hawks would need Howard to play better than he did in Houston. After averaging 18.3 points in his first season, he tailed off to 15.8 while missing half of the 2014-15 season, before dropping off further last season while the Rockets barely made the playoffs.

Even if his offense isn't there, Howard can at times be a dominant rebounder and shot-blocker, although not quite at the level that won him three straight defensive player of the year awards from 2009 to 2011.

ESPN's Brian Windhorst, Calvin Watkins and Ramona Shelburne and The Associated Press contributed to this report. 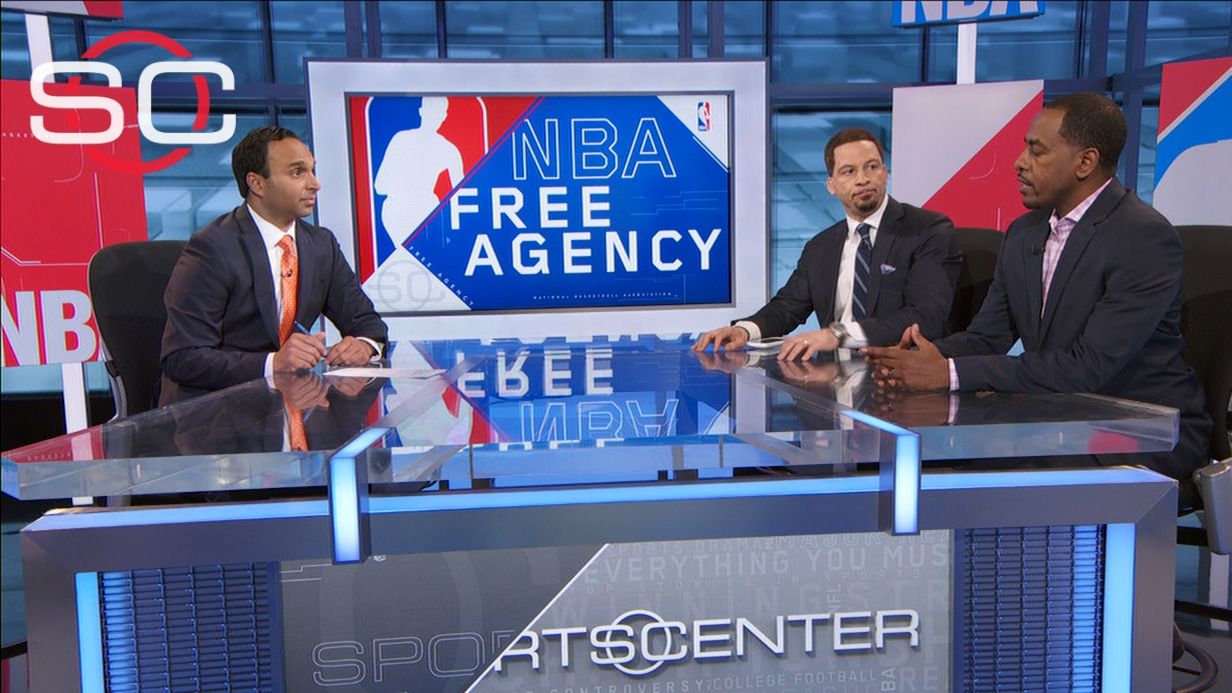