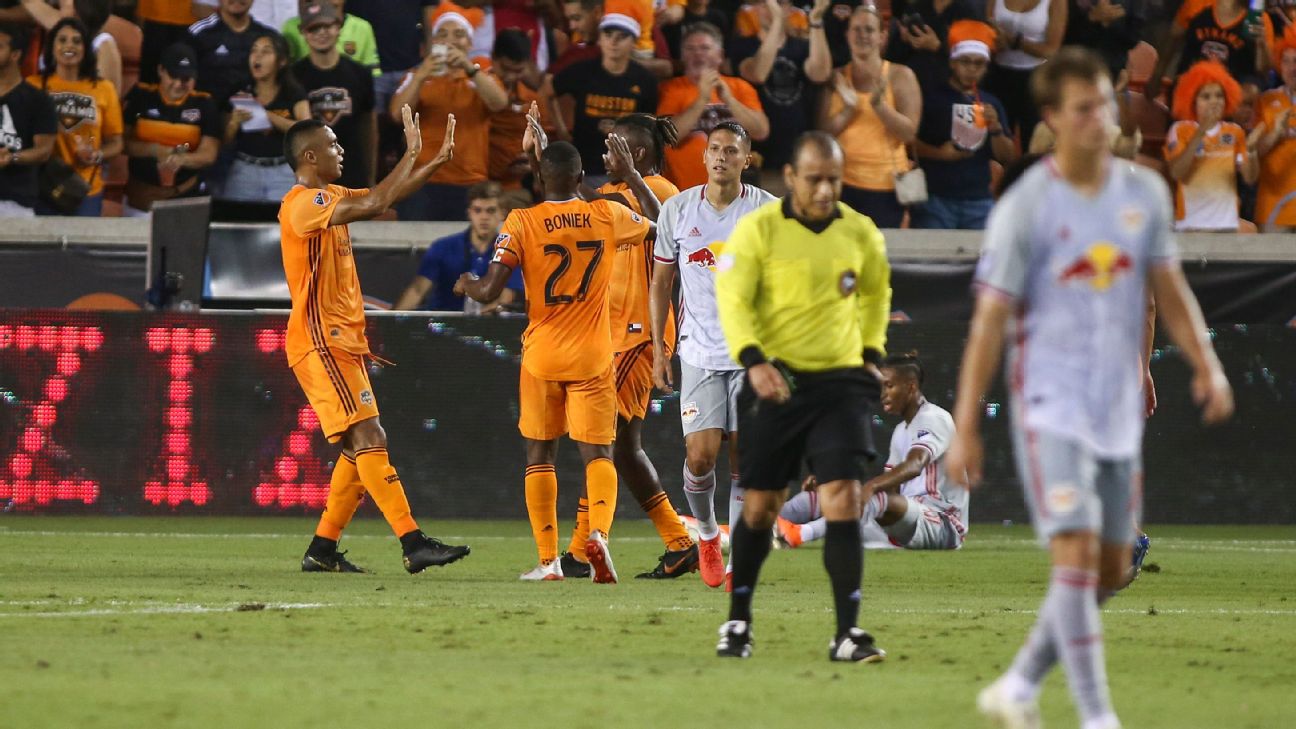 An offensive onslaught keyed the Houston Dynamo on Wednesday night in what was a gritty and somewhat ugly 4-0 win over the New York Red Bulls.

Alberth Elis, with a first-half assist and two second-half goals, sparked the Dynamo back to their winning ways.

It was a much-needed win for Houston (8-6-3, 27 points), which lost three straight league matches coming into the mid-week feature. Playing against a Red Bulls (8-7-3, 27 points) side that heavily rotated their squad following Friday's hard-fought win against the Chicago Fire, it was the Dynamo who had the run of play for much of the match.

After some industrial work down the right flank by Elis in the 39th minute, the Dynamo took a well-deserved lead. Finding space, Elis drove into the penalty area down the right channel, his cross into the 6-yard box placed well behind the Red Bulls' backline. Mauro Manotas split the Red Bulls, who were playing with three centerbacks, and one-timed an effort for a 1-0 lead.

It was one-way traffic for much of the match, with the home side controlling the run of play.

In the 56th minute, the Dynamo doubled their lead, after Argentine playmaker Tomas Martinez pounced on the Red Bulls' clearance of a corner kick. His third goal of the season came from 20 yards out, as he placed his shot through a crowded penalty area and past a helpless Luis Robles in the Red Bulls' goal.

Elis scored with his head in the 73rd minute and then nabbed his brace in second-half stoppage time, dancing through the New York defense to fire a shot from the edge of the penalty area for his seventh goal of the year.

Action got chippy late, as the Red Bulls' Michael Murillo drew his second yellow card in the 83rd minute. Gammarra and Houston's Maynor Figueroa each drew red cards in the fourth minute of stoppage time, shortly before the final whistle. 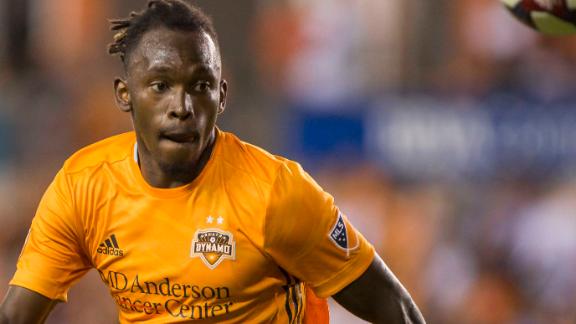 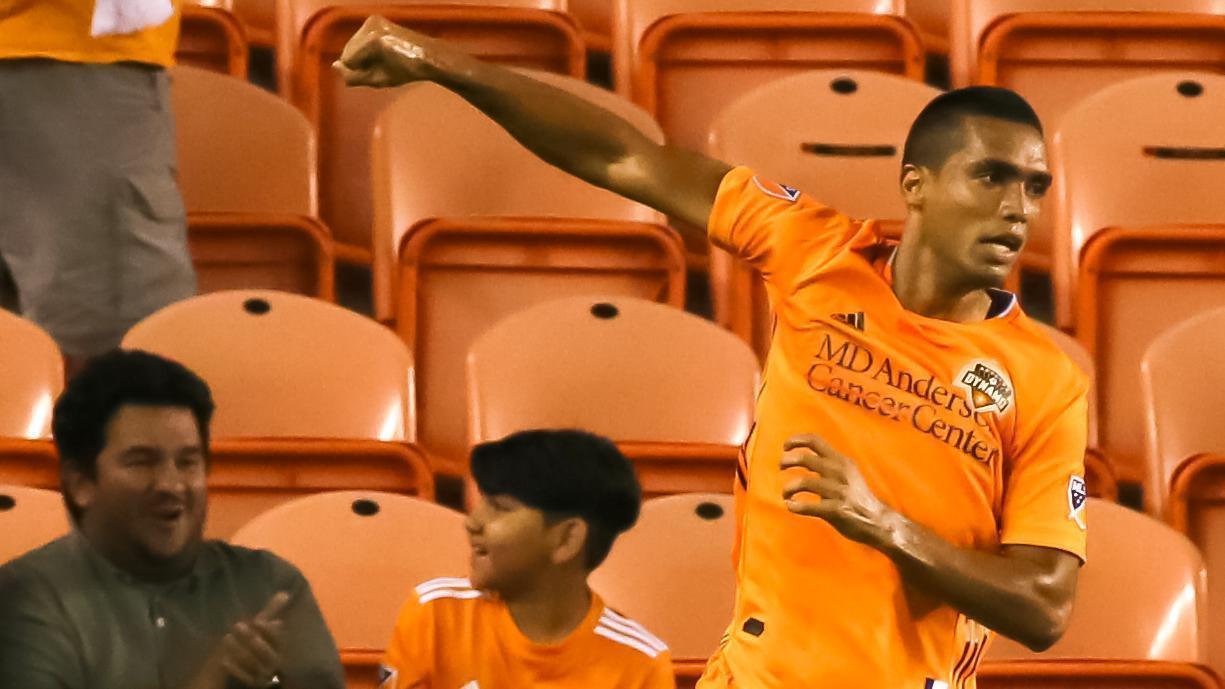 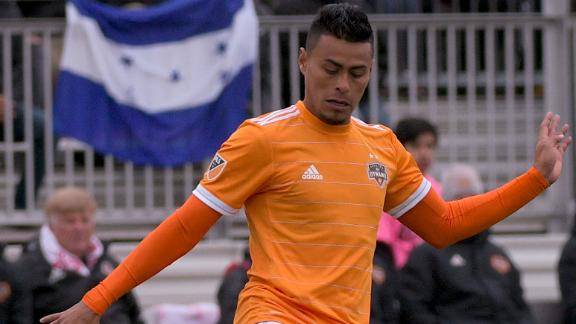