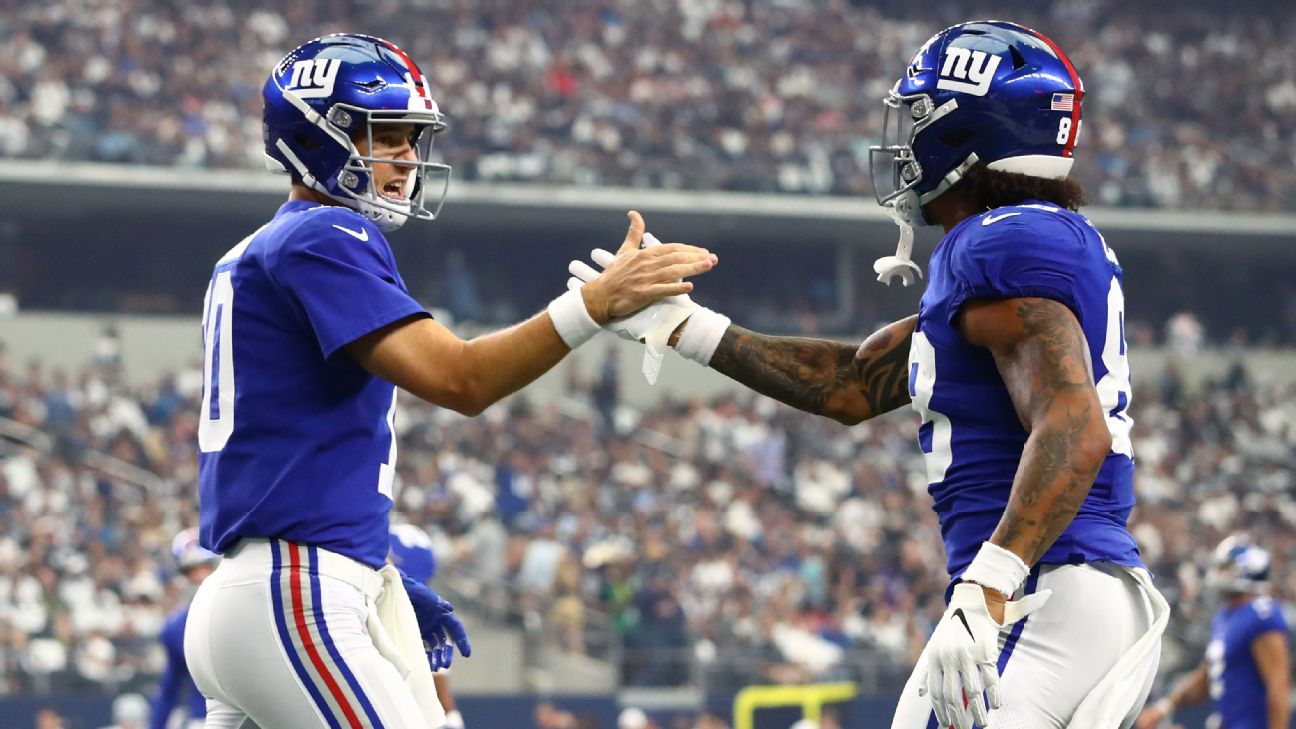 Eli Manning will start in Jones' place. It will be his first start since being benched in Week 3.

Jones didn't practice this week while dealing with a moderate high ankle sprain. He was working on the sideline with a boot on his right foot at the beginning of the week.

Tight end Evan Engram was also ruled out Saturday for the fourth straight game with a foot injury -- one day after Shurmur cautiously said "all indications are he'll be ready to play." Engram insisted that there wasn't a setback, just that he wasn't able to move the way he needs to in order to succeed.

Engram couldn't say when or if he would be able to return this season. "I'm going to try my best" to return in the final three weeks, he said.

His absence also means the Giants still won't have all of their pass-catching weapons -- Engram, receivers Golden Tate and Sterling Shepardand running back Saquon Barkley -- on the field together this season.

"Its crazy. It's something I've never really seen," Engram said. "Guys get back and another guy is out. It's just a tough hand we've been dealt a lot of the season. It's definitely been tough."

Manning, whose last victory as a starter came exactly one year before the date of Monday's game, enters with a 116-116 career record in the regular season. In his two starts this season, he completed 63% of his passes with two touchdowns and two interceptions. Manning will have Tate at his disposal for the first time. The receiver was suspended the first four games of the regular season for violating the league's policy on performance-enhancing substances. He missed last Sunday's loss to the Green Bay Packers with a concussion but was cleared from the protocol Friday and has been a full participant in practice most of this week.

"I'm excited about the opportunity to go out there and play with [Manning]," Tate said. "We'll see what happens. I thought in the offseason we did a pretty good job of building a connection."

The Giants (2-10) are looking to snap an eight-game skid. To fill out their roster, they activated outside linebacker Kareem Martin from injured reserve and signed safety Sean Chandler from the practice squad.

While Jones will miss his first game since being named the starter, the Giants are hopeful he will return this season.

"Absolutely," Shurmur said of the possibility earlier this week.

Shurmur also indicated Jones was feeling better and would be reinserted into the starting lineup when healthy. That shouldn't be too far down the road. Jones ditched the walking boot earlier this week and was seen doing light field work prior to Saturday's practice before heading inside with a trainer when the team began stretching.

Jones played through the injury last week and did the same last season with a similar injury on the other ankle while at Duke.

"He feels a little bit caged up, quite frankly. He's frustrated that he can't [play]," Shurmur said. "But that is the way it goes. We all know players get injured at times and they have to fight their way back. The one thing that I like about his demeanor is that he's frustrated and wants to play and is doing everything in his power. We get here a very similar time in the 5 [a.m.] hour and he's getting treatment and doing everything he can to get ready to play. That is a good thing when you get a guy who wants it so badly."

Manning, 38, is in the final year of his contract. His future with the Giants and in the NFL is up in the air for the first time since being the No. 1 overall selection in the 2004 draft. But he wasn't ready to say earlier this week whether he intends for these final four games to be the last of his career or if he wants to play elsewhere if his time with the Giants is indeed over.

"Just take it one week at a time," Manning said. "You never want to make decisions about the future while you're living in the present and don't know the circumstance of what can happen. Just have to go out there and try to get a win for the Giants, if I'm asked to do that. I'll analyze everything else after the season." 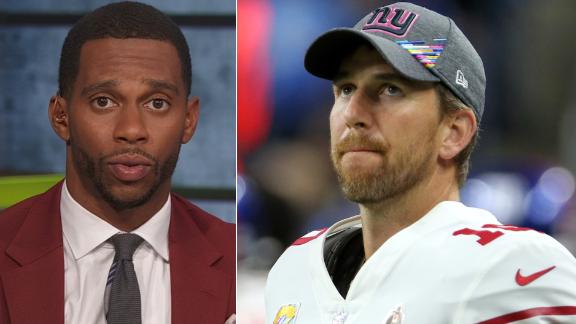