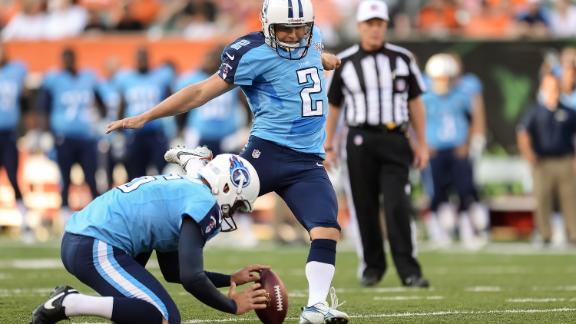 Metro Nashville Police said Bironas, 36, lost control on a curve in his 2009 GMC Yukon Denali and crashed after 11 p.m. less than a mile from home. Police said in a statement on the department website that his SUV was speeding when it went off the road and hit a line of trees before coming to a stop upside down in a culvert.

Bironas was taken to Vanderbilt University Medical Center where he was pronounced dead. Police said there was no evidence of alcohol or drugs at the scene.

It's w/ heavy hearts that we confirm the passing RB # 2 We appreciate your respect for the family's privacy and your prayers at this time.

- Rob Bironas (@RobBironas) September 21, 2014The Titans released Bironas in March after nine seasons. The Tennessean reported Bironas had worked out earlier this week for the Detroit Lions and for Tampa Bay during the offseason.

Bironas married Rachel Bradshaw, daughter of Pro Football Hall of Fame quarterback Terry Bradshaw, in June. Police spokesman Don Aaron said a police chaplain was with her after the crash. Bradshaw did not appear on the "Fox NFL Sunday" pregame show and was going to Nashville to be with his daughter.

The Titans, who played at Cincinnati, issued a statement Sunday saying their thoughts and prayers go out to his wife and family.

"We are deeply saddened to hear the tragic news from last night about Rob Bironas," the team said in a statement. "Rob made a significant impact as a player in his nine years with the team and more importantly touched many lives in the Nashville community off the field."

He finished as the Titans' second all-time leading scorer with 1,032 points, and he set a franchise record scoring triple digits in seven straight seasons. He also set an NFL record in 2011 in hitting a field goal from at least 40 yards in 10 consecutive games.

Bironas made a franchise-record 11 game-winning field goals during his career, including a 60-yarder against the Indianapolis Colts in 2006 that remains the longest field goal in Oilers or Titans history. Bironas kicked an NFL single-game record eight field goals in a 2007 victory over the Houston Texans, including a 29-yard game-winner as time expired. That helped him to make his only Pro Bowl, the same year he was an Associated Press All Pro.

"All I'm going to really say right now is my thoughts and prayers are out to Rachel and London, his son, and the Bironas family," said punter Brett Kern, who worked as Bironas' holder since 2009. "You never want to get that call in the morning that that happened. I'm just praying for them through this time."

"Rob was a real charismatic guy that always kind of brought smiles to people's faces around the building, around this team," quarterback Jake Locker said. "It's tough to see a guy like that, that young, really kind of just having the opportunity to start his life, he just got married, all those things, you feel for him, you feel for the loved ones that unfortunately are left behind now. You just pray that in some way they can be stronger and find a positive out of it."

Bironas went to Auburn and transferred to Georgia Southern where he won a Division I-AA national title. Bironas went to work for his father's company in Louisville, Kentucky, and was cut by Green Bay in 2002. He played in the Arena Football League and even the AF2 while spending time in training camps with Tampa Bay and Pittsburgh working as a part-time security guard and other jobs while trying to stick with an NFL team.

"To play in the NFL was the ultimate goal," Bironas said in December 2006. 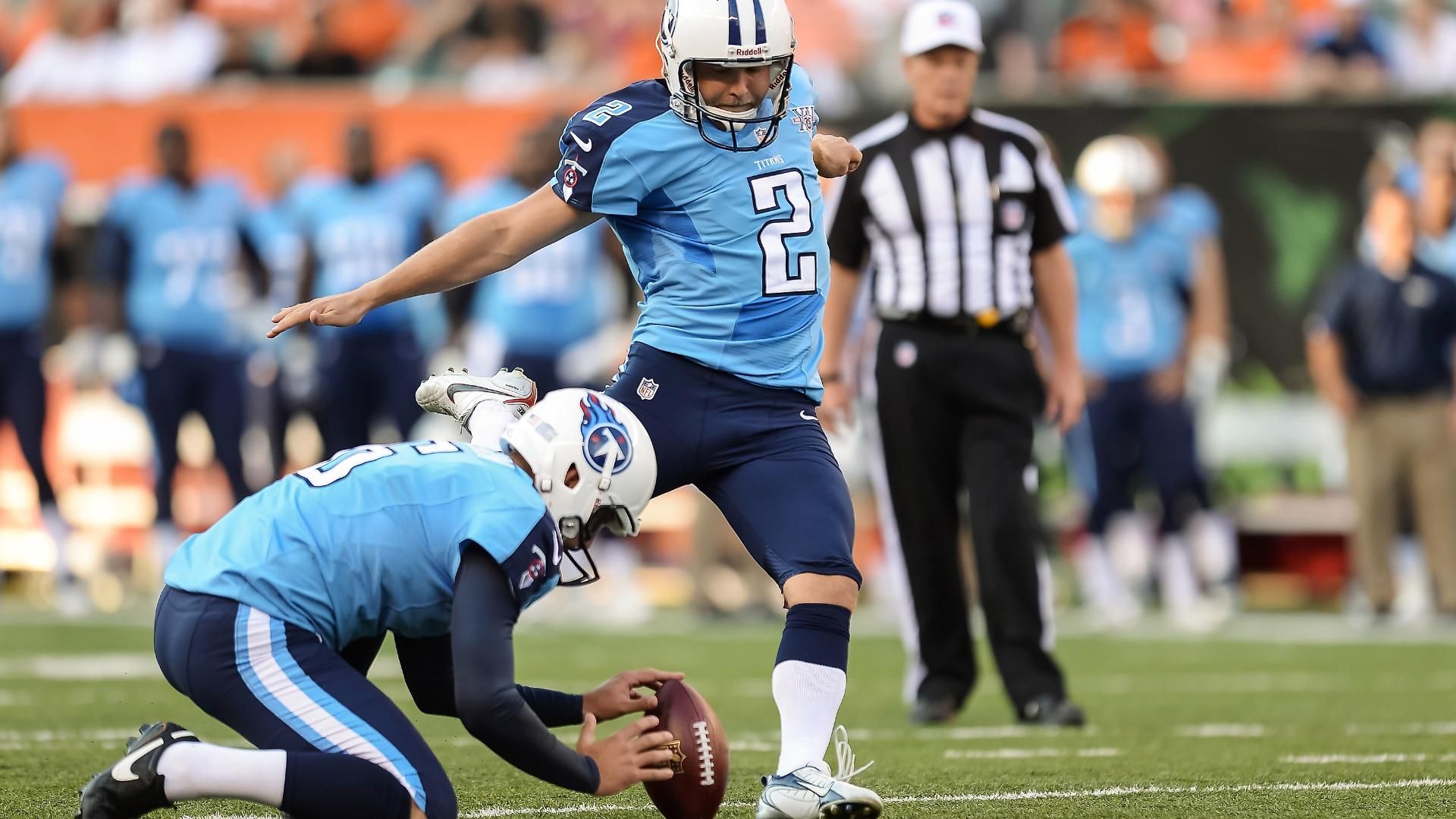