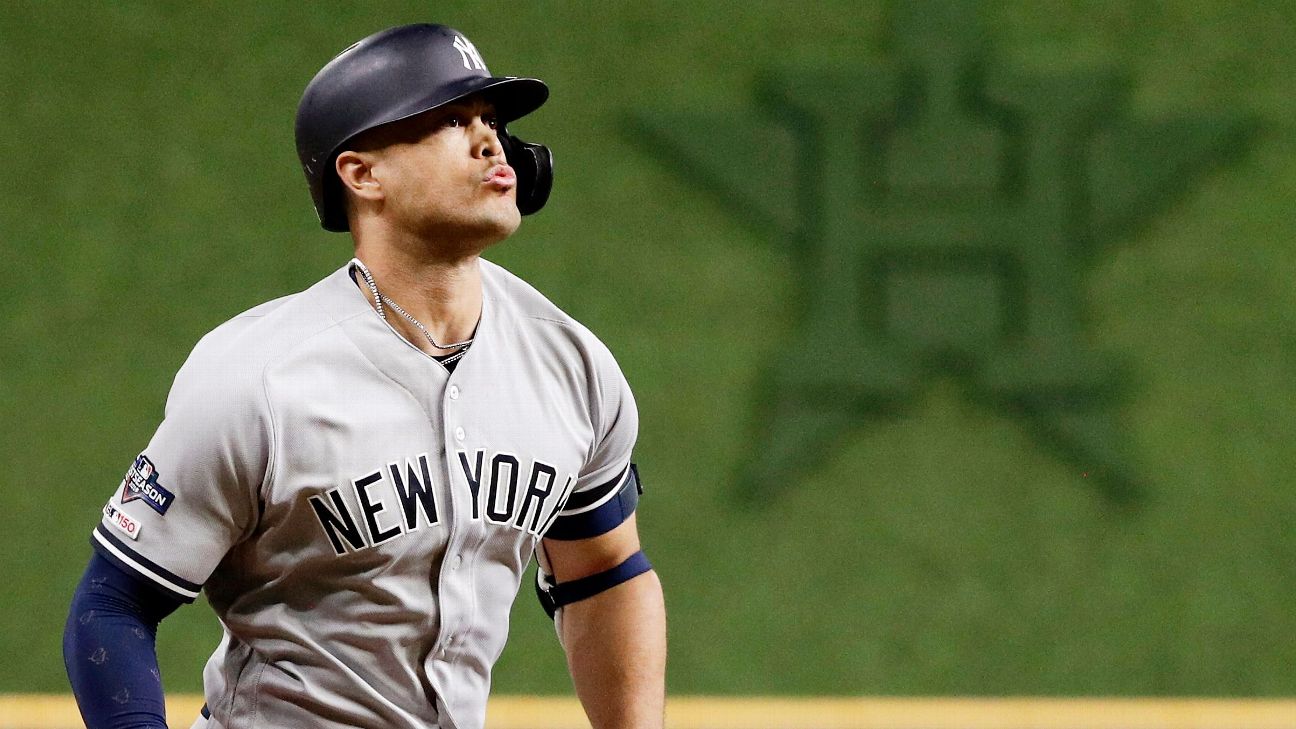 NEW YORK -- The Yankees had Giancarlo Stanton back in their lineup as they avoided elimination in the American League Championship Series on Friday night.

Stanton was the designated hitter and hit cleanup in Game 5 of the ALCS against the Astros; however, he went 0-for-3 with two strikeouts. Nevertheless, New York won 4-1 to cut Houston's series lead to 3-2.

"It's now or never," Stanton said Friday ahead of the game. "Must-win game, so I gotta be in there and have an impact."

The left fielder suffered a right quadriceps strain in Game 1, a 7-0 win for the Yankees, while legging out a single in his first at-bat. Stanton also had a solo home run in the sixth inning of that game.

He missed the next three games but said it was a big deal for him to return and contribute.

"It's big. It's big. I'd like to contribute. I'm here just to be out there, too," Stanton said. "That's the most frustrating part of these past couple of days. But if I can be in there and contribute, that's what we need. And we need it now."

Stanton wouldn't put a percentage on how healthy he was going into Game 5, saying only, "There's no time for that."

Boone had said ahead of Game 4, an 8-3 loss for the Yankees, that Stanton was available as a pinch hitter.

Having Stanton at DH meant benching Edwin Encarnacion, who has struggled in the ALCS, hitting .067 (1-for-15) with eight strikeouts.

By sending Encarnacion to the bench, the Yankees were able to keep their best defensive alignment in the infield, with DJ LeMahieustarting at first base and Gio Urshela at third.

Boone said before Game 5 that it would be a tough choice to start Stanton over Encarnacion.

"[Encarnacion] is a great hitter that can wreck a game in a hurry," Boone said. "You're trying to kind of walk that line, strike that balance. I would want to feel pretty good about it because if [Stanton] goes in there, it's taking out a good player." 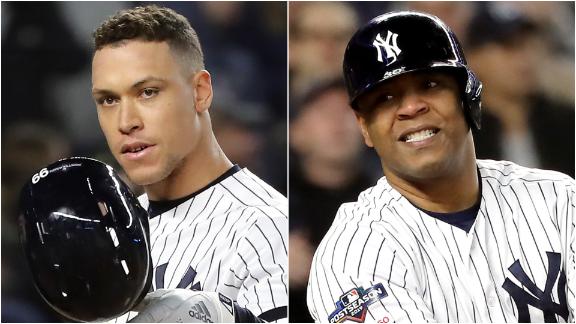 Yanks strand 10 runners in Game 4, go 0-for-7 with RISP
The Yankees fail to deliver a big hit in Game 4 against the Astros, going 0-for-7 with runners in scoring position and fall behind 3-1 in the ALCS.
Report a correction or typo
Related topics:
sportsespnmlbgiancarlo stantonnew york yankees
Copyright © 2020 ESPN Internet Ventures. All rights reserved.
More Videos
From CNN Newsource affiliates
TOP STORIES