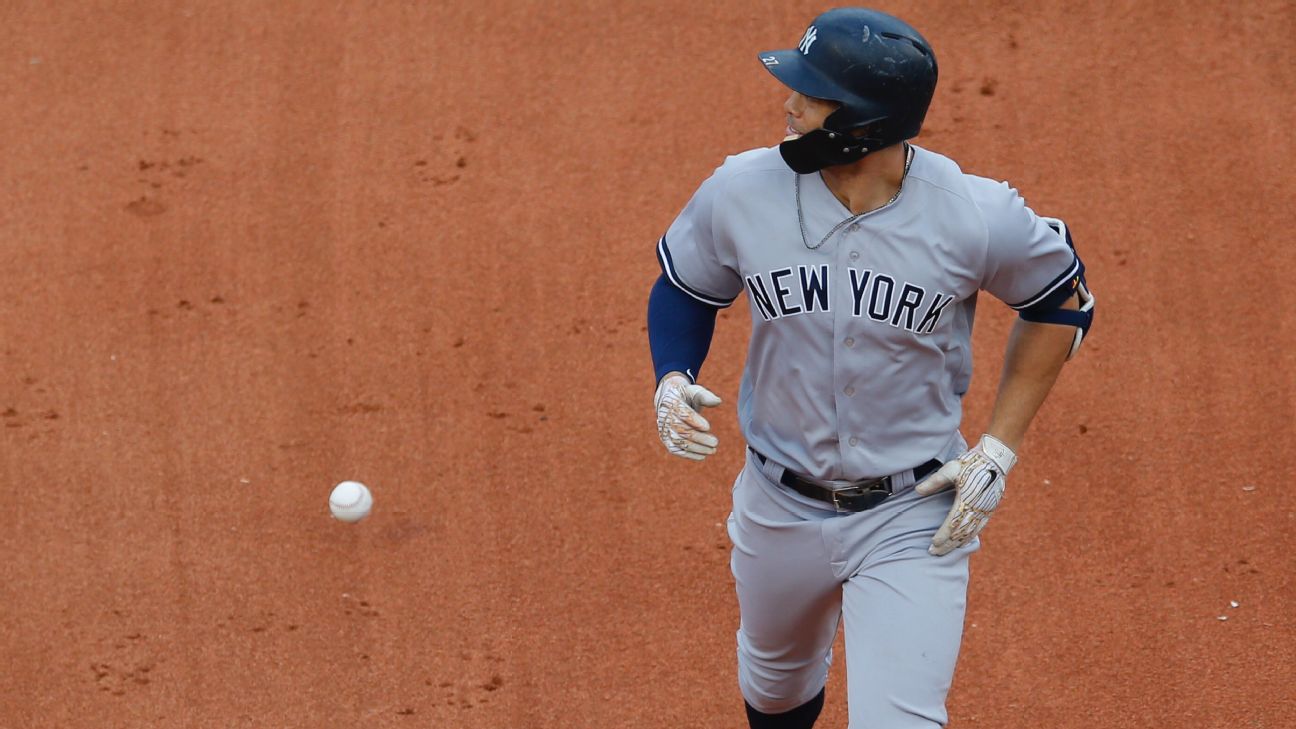 BOSTON -- Giancarlo Stanton has been plunked plenty of times. But by his own home run ball?

The New York Yankees star homered over the Green Monster on Saturday, connecting in the seventh inning against the Boston Red Sox. Stanton then got quite a surprise from a strong-armed fan while rounding second base at Fenway Park.

A man wearing a black T-shirt heaved the souvenir from his first-row seat on top of the Green Monster, and the ball took a hop and bounced off Stanton. The slugger continued his home run trot but turned his head, smiled and appeared to tip his cap to the fan.

"That's the idea when you're an opposing fan, but I don't think that's what he meant to do," Stanton said following the Yankees' 8-5 victory. "Either way, if I was looking up, I could've grabbed it easily."

The game was briefly halted as umpires gathered near the third-base line to point out the fan to Fenway Park security, which later said it ejected the fan from the ballpark.

"It happens all the time at our stadium," Stanton said. "So not too worried about it. Plus, that could be a special ball. We needed it anyway.

"I think he lost some money, possibly, on it."

Stanton later had some fun with what happened, posting on Instagram:

Stanton's solo homer, the Yankees' major-league-record 266th of the season, increased New York's lead to 8-2. Earlier in the game, Gleyber Torres hit a two-run homer in the fourth as the Yankees moved past the 1997 Seattle Mariners for the most in a single season in major league history.

Information from ESPN's Coley Harvey and The Associated Press was used in this report.

Fan hits Stanton with his own HR ball as he's rounding bases
Giancarlo Stanton crushes his 38th home run of the season to give him 100 RBIs for the third time in his career. 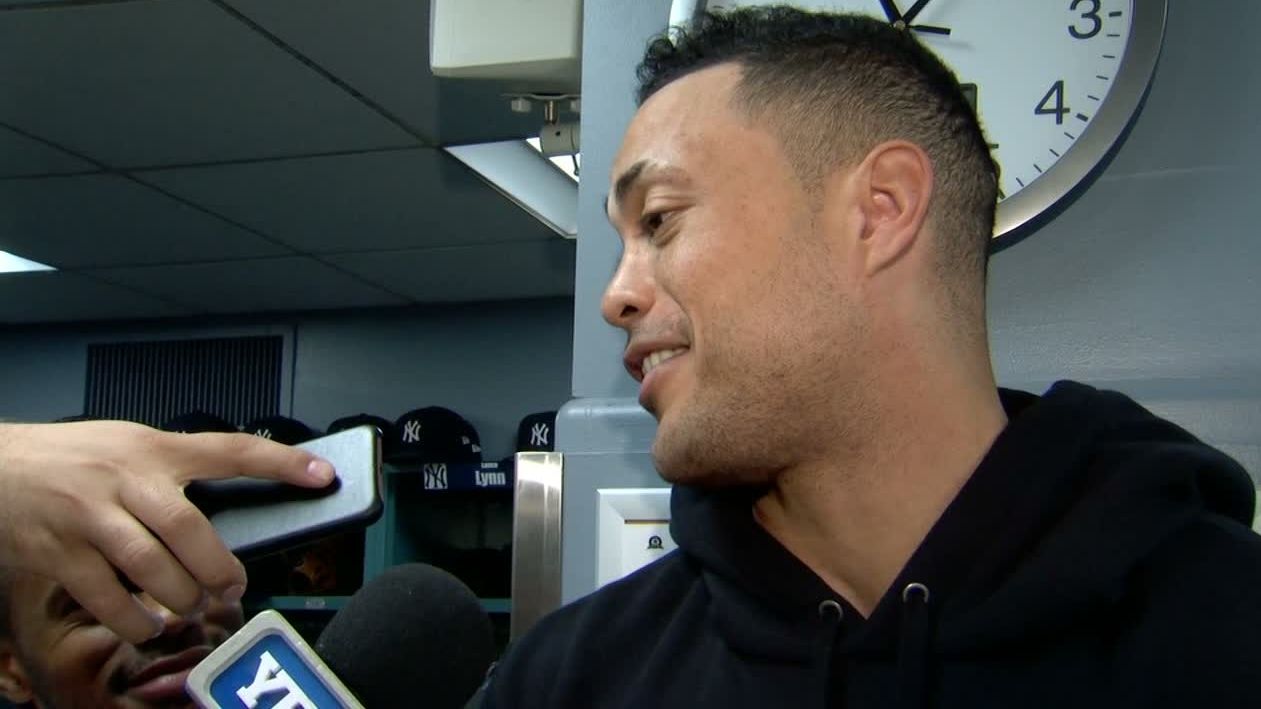