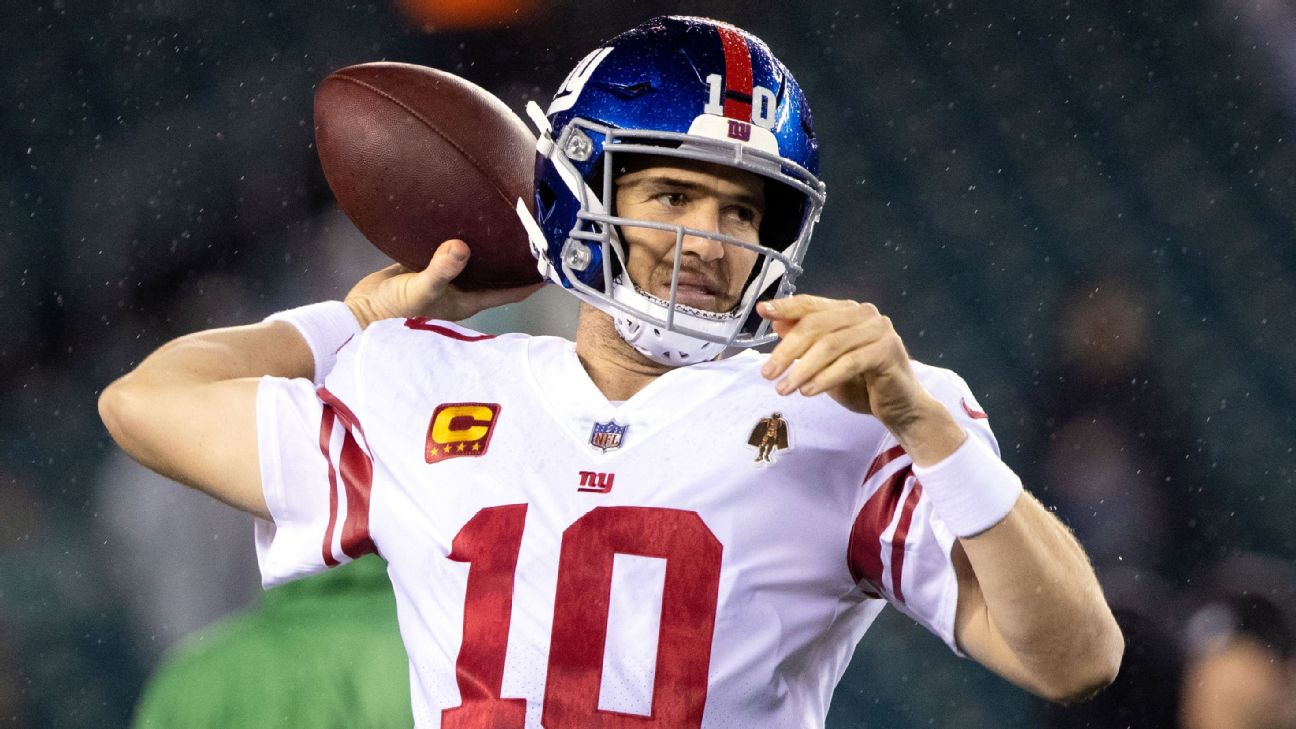 Jones returned to practice this week in a limited capacity but needs more time in his recovery from the high ankle sprain he suffered two weeks ago in a loss to the Green Bay Packers. Jones, tight ends Evan Engram (foot) and Rhett Ellison (concussion), and guard Kevin Zeitler (ankle) were all officially ruled out Friday.

Manning, who was benched for Jones after Week 2, will make his second straight start. He went 15-of-30 for 203 yards with two touchdowns and no interceptions in a 23-17 overtime loss to the Philadelphia Eagles on Monday night.

With Manning in the final year of his contract and admittedly unsure about his future, this could be his final home start with the Giants. He was the team's starter for the better part of 15 seasons and won a pair of Super Bowl MVPs.

"You don't really know, but some people may think [it will be his last home start]," wide receiver Sterling Shepard said. "I expect [fans] to be pretty excited to see him play one more time at MetLife, if this is his last time. He's done great things for this organization and he's brought two championships here. I expect people to be pretty loud for him stepping on the field."

Manning handled it all in stride. He went about his business this week as if it were one of the 210 consecutive starts he made from 2004 to '17.

He declined to address being named this week's starter after practice on Friday.

"I don't think anything has changed since Wednesday," Manning said. "See ya on Sunday."

The Giants (2-11) are looking to snap a nine-game skid on Sunday.

Jones was in a walking boot until Monday. He said earlier this week that he was feeling "good" but added that he "wouldn't say it's all the way there."

The Giants were still happy with what they saw when he was a limited participant in practice.

"He made progress," coach Pat Shurmur said. "He was out here. Last week he was in the boot. This week he was out here practicing. If you remember what I said about his injury, it was similar to [Saquon Barkley's]but not as severe. There's a stretch of time here he's going to have to rehab before he's able to play. But it should be a shorter stretch."

Barkley missed three games earlier this season and returned after the bye week.

Jones has started 10 games during his rookie season, with the Giants going 2-8 in those contests. He has completed 61.6% of his passes with 18 touchdowns and 11 interceptions.

This is an unusual situation for Jones. He moved relatively well in practice this week and has played through a high ankle sprain before at Duke.

Only this time it's different.

"At this stage, in Daniel's case, we have to save him from himself in a few of these situations moving forward," Shurmur said. "But that's a good thing because he wants to be out there in the worst way." 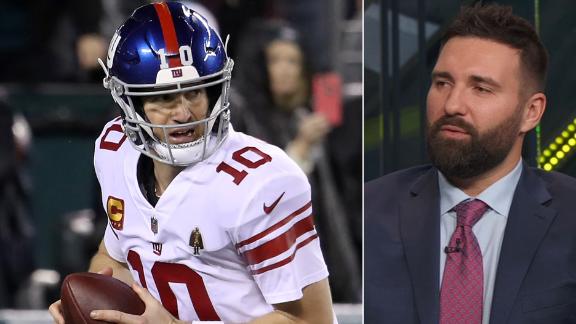 Ninkovich: Eli Manning will get back to .500
Dan Orlovsky and Rob Ninkovich disagree on the outcome of the Dolphins vs. Giants matchup, as Ninkovich doesn't believe the Dolphins will perform well in the weather.
Report a correction or typo
Related topics:
sportsespnnewsdaniel joneseli manningnew york giants
Copyright © 2021 ESPN Internet Ventures. All rights reserved.
More Videos
From CNN Newsource affiliates
TOP STORIES