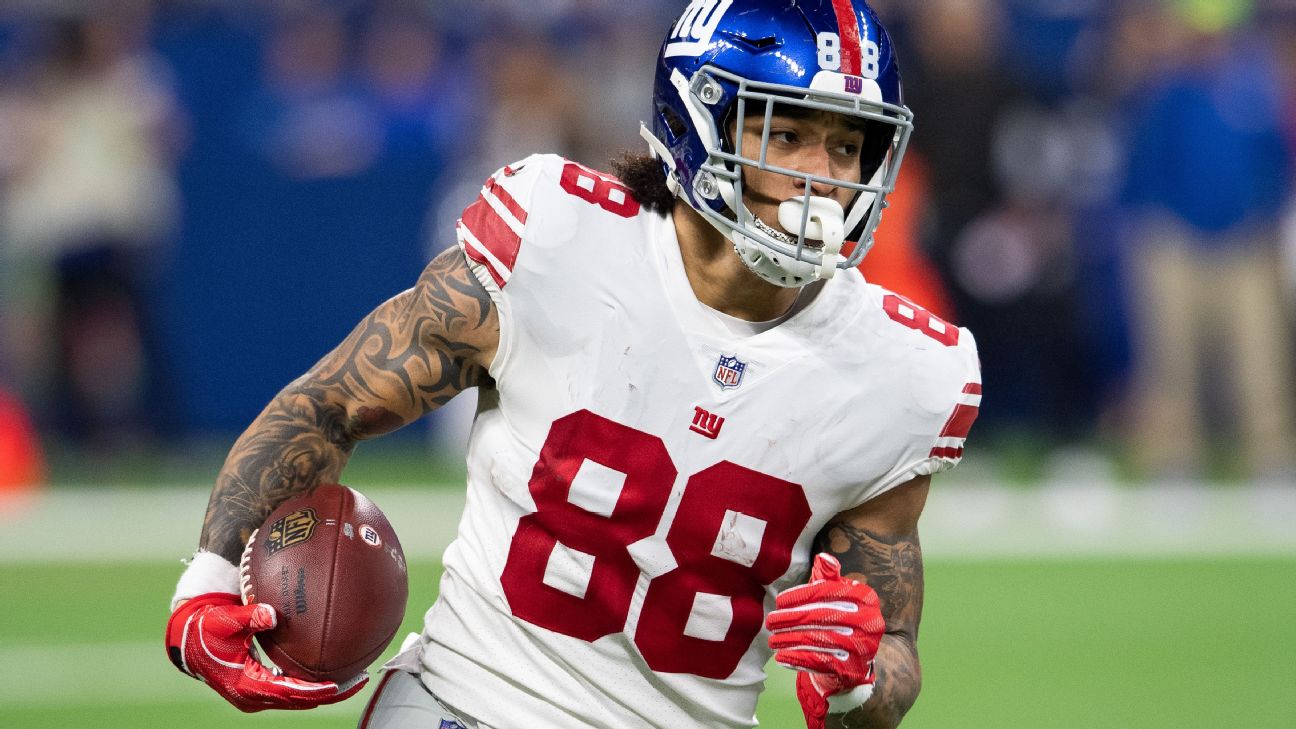 Engram has not played since Nov. 4, missing the Giants' past five games. He tried to come back in recent weeks but wasn't able to accelerate sufficiently off the foot.

This guarantees the Giants (3-11) will finish the season without playing a single game with all of their top playmakers on the field together. Injuries prevented rookie quarterback Daniel Jones from playing with Engram, running back Saquon Barkley and wide receiverSterling Shepard at the same time, and receiver Golden Tateserved a four-game suspension to start the season.

This is the second straight injury-filled season for Engram, a first-round pick in 2017. He has one year remaining on his rookie deal; the Giants will have to decide this offseason whether to pick up the fifth-year option.

The explosive tight end was leading the Giants with 44 catches for 467 yards before suffering the injury in a Week 9 loss to the Dallas Cowboys.

Engram, 25, expressed disappointment in his progress during a conversation with ESPN on Friday. He noted that the explosion he needed wasn't there, and he seemed discouraged about the prospects of returning this season.

Engram said he was going to consult with doctors over the weekend before making a final decision. He reiterated at the time that surgery was still not an option.

But it was obvious watching Engram run during practice the past few weeks that he wasn't his normal self. He never came close to making it back for last week's game against the Miami Dolphins despite being a limited participant in practices.

Engram had been open in the past about how difficult it was last season while struggling with a variety of injuries. This season has been similar as he missed time with knee and foot problems.