Ibrahimovic calls on MLS to ditch VAR after NYCFC loss 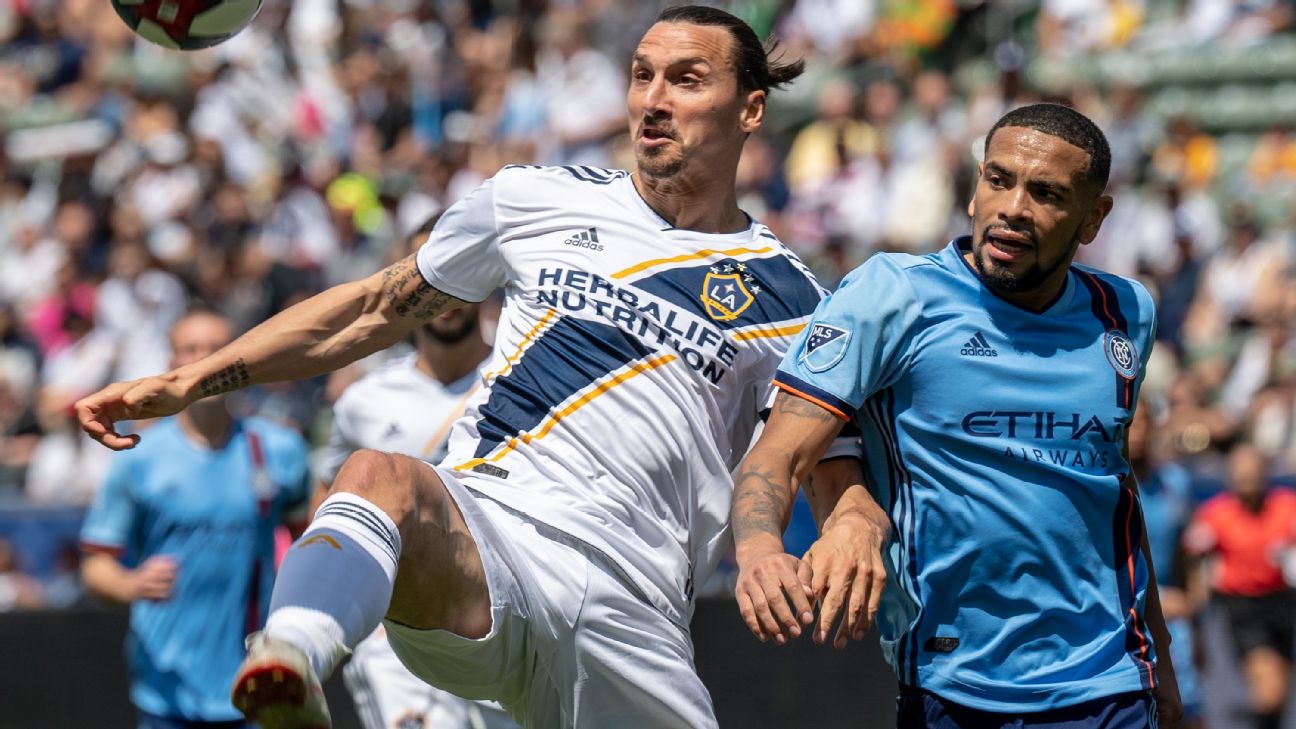 - Carlisle:Does MLS have a double-standard problem with Zlatan and other stars?

Ibrahimovic felt he should have received a penalty kick for a foul that was ultimately called on him in the opponent's 18-year-box in the second half of the loss in LA.

Speaking after the match, Ibrahimovic said the officials refused to use the technology available.

"I touched the ball. I said I didn't touch him. I said afterwards to look at VAR because that's why we have this VAR. But he didn't look at it or didn't review the other ones.

"I touched the ball that's the only thing I know. I didn't touch him. If I touched him, he kicked me. But he didn't want to review it.

"Again, we have this VAR. I think we should take it off and not play with it."

NYCFC goalkeeperSean Johnson, who, along with Ibra, picked up a yellow card after an 87th-minute clash that sent both to the ground, said he and his teammates "got the best out of the whole situation" following their victory.

"I think you guys will watch the replay and decide for yourselves," Johnson told the media. "But at the end of the day, in the heat of the battle, you want to do what you can to protect the guys, make sure we see the game out no matter what and make sure they know we are here to play, we are not going to be walked over.

"I think in any moment, anybody is up for the challenge, including myself. And you know, Zlatan is a talented player -- he obviously knows what he is doing, he is a clever boy and you know, it is a part of the game. I would be frustrated if I were him too, you know. Can't blame him for his frustration at that point in the game.

"Obviously our boys did a job today to keep him off the scoresheet and he is only happy when he is scoring, so job done, we will take the three points and go back. I think we can look back and say we got the best out of the whole situation today."

Ibrahimovic was recently fined an undisclosed amount for diving in Wednesday's loss to the Columbus Crew. 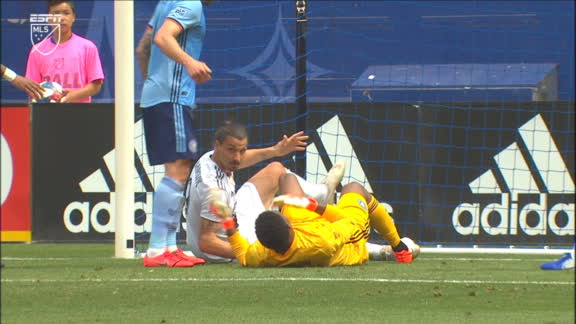 Should Zlatan have seen red for this incident?
Zlatan Ibrahimovic and Sean Johnson both received yellow cards after this incident late in the match between LA Galaxy and NYCFC. 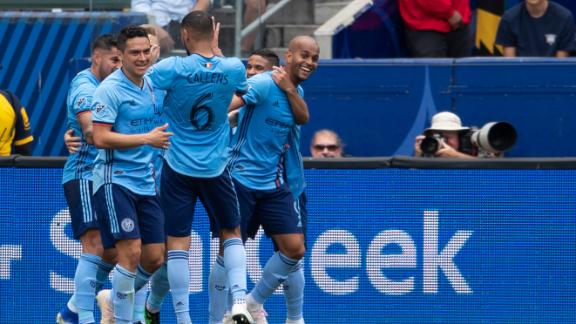 NYCFC's turnaround continues with win at Galaxy
NYCFC extended their unbeaten run to seven matches with a win at LA Galaxy, but the match ended in controversy involving Zlatan Ibrahimovic. 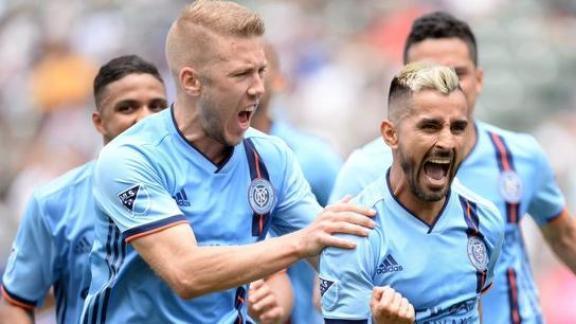