Islanders to play all home games at Nassau Coliseum next season 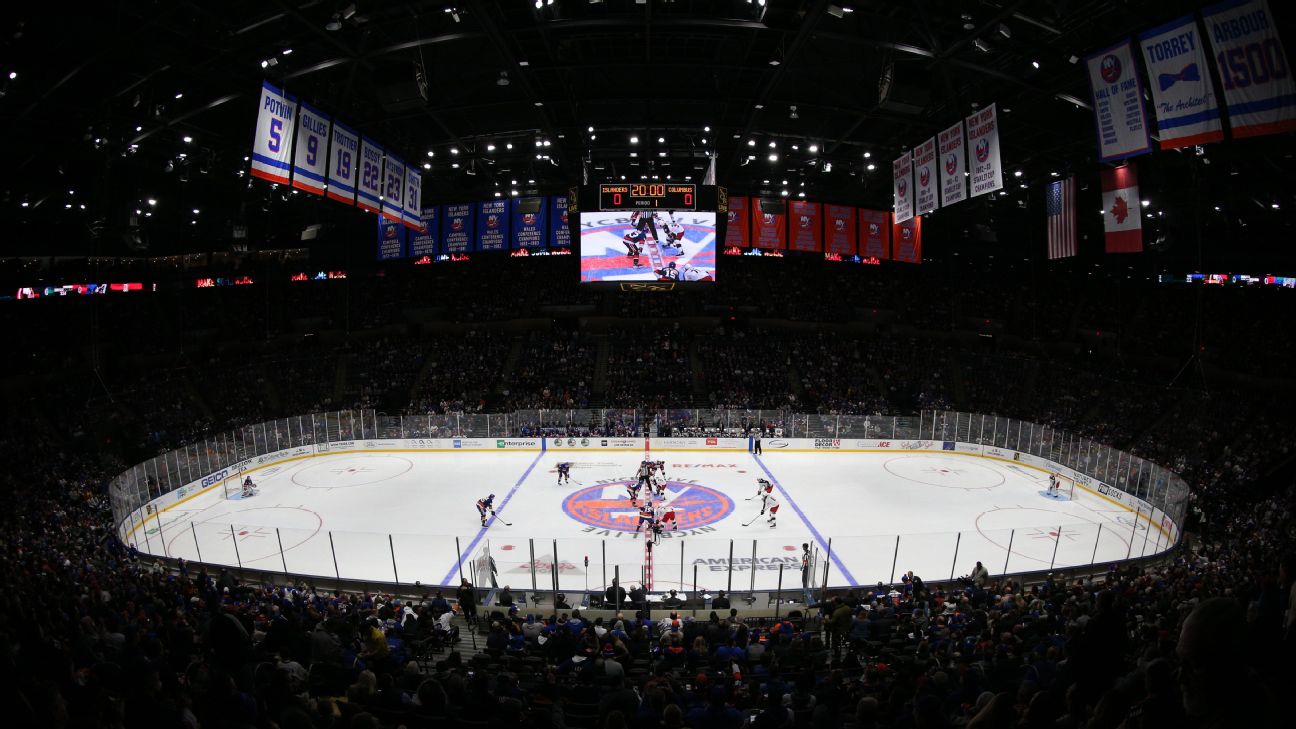 The team will play all home games during the 2020-21 season at the Nassau Coliseum and any home playoff dates will take place on Long Island this season and next. New York State invested $6 million to upgrade to the building's infrastructure to ease concerns from the NHL.

"The Islanders should be on Long Island," Gov. Cuomo said. "It was complicated more than anything because you had to deal with the NHL issues at this facility and we had to get them done, and get them done quickly. I'm overjoyed because I thought we'd have to wait for the new arena and that's when they would come back."

The Nassau Coliseum will be brought up to the NHL's minimum standards for its venues, with improvements going toward the facilities ice plant, broadcast infrastructure and renovating the team locker rooms.

The Islanders are currently awaiting the completion of their new 19,000-seat arena at Belmont Park, which they're expected to move into at the start of the 2021-22 season. The franchise broke ground on the site for the $1.3 billion arena last September, with Gov. Cuomo in attendance.

They have been splitting time between the Barclays Center in Brooklyn, where they moved to following the 2014-15 season, and the renovated Nassau Coliseum for the past two seasons. By regular season's end, 28 games will have been played on Long Island and 13 in Brooklyn in the 2019-20 campaign.

"Government has a vested interest in seeing sports teams located in their region," Gov. Cuomo said. "They're good for economic development. They're good as an attraction overall to bring people to the state. ... I believe as part of growing Long Island as a region in this state the Islanders were very important to Long Island."