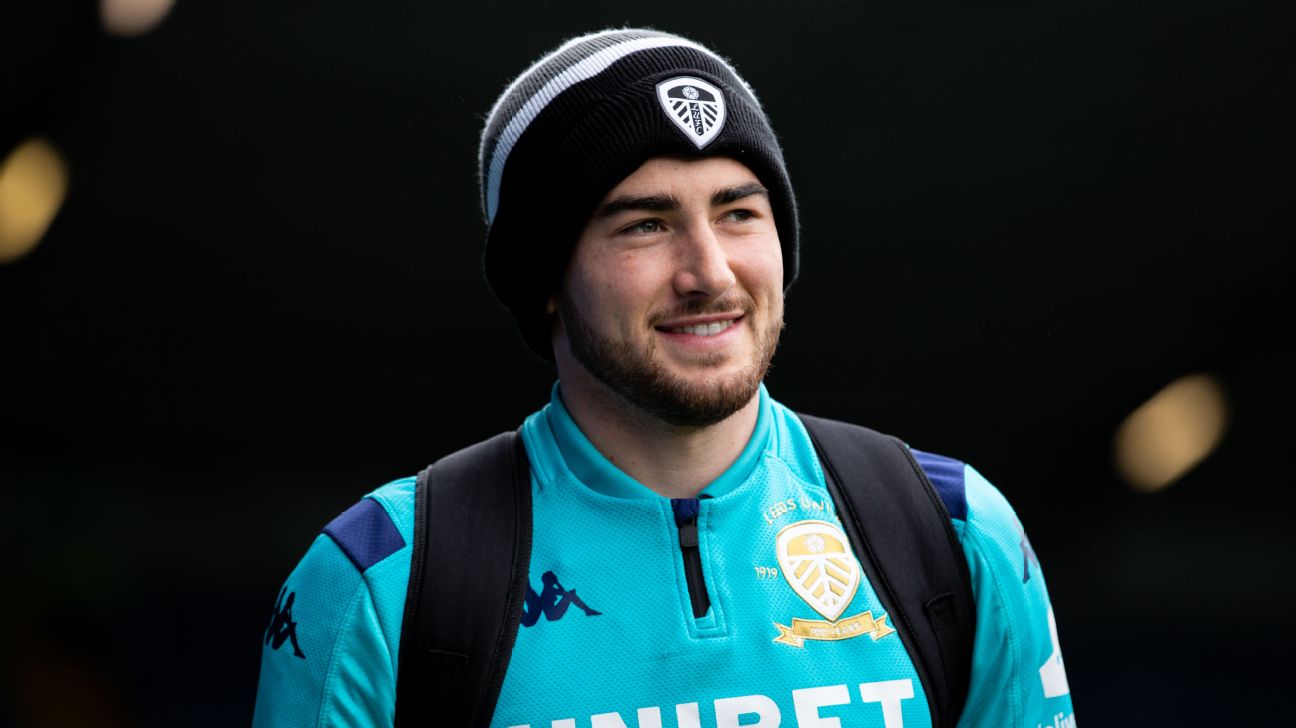 Jack Harrison's journey, from the player David Villa nicknamed "Golden Boy" to starting left winger for one of England's biggest clubs, has had plenty of challenges, but he feels comfortable in his own skin having navigated the brutal reality check that came when he made his transAtlantic transfer.

Harrison is in his second season on loan at Leeds United, having left NYCFC in January 2018 for Manchester City. He arrived in England full of excitement, but then came an adjustment period in which he had to deal with being loaned out, learn about how to handle social media abuse, training sessions that strained every sinew under Marcelo Bielsa at Leeds, and the intensity of the Championship.

After starring in college at Wake Forest and being No. 1 pick in the 2016 MLS SuperDraft, Harrison was thrown into a welcoming environment as a small fish among giants of the football pond. He remembers getting tips from Frank Lampard, watching in awe as Andrea Pirlo practised free kicks and lining up alongside Villa. At the end of his time in New York, Harrison trained under the wing of manager Patrick Vieira.

But since returning to the country of his birth after 55 games for NYCFC, Harrison has gone on a mental and physical journey to prove -- to himself and others -- he has what it takes. The 23-year-old maintains his time in MLS taught him valuable lessons, kick-starting the path to where he is now, and scoffs at any suggestion that professional football in the U.S. is a light touch, or a place where old pros go to wind down their careers.

"Anyone who says MLS is a retirement league is completely wrong," Harrison told ESPN. "There are so many cases now. Not only myself, but you have Gio Reyna, you've got Alphonso Davies and Zack Steffen too. [There are] a bunch of players that have come over from MLS and continue to be successful and have an impact at teams here too. For me and other young players in the league it is a place that they grow and learn. It's a great opportunity to play."

Harrison feels MLS is comparable in standard to some of the "lower teams in the Championship," but does not have the bite of a league that has its foundations rooted in an annual battle for promotion and survival.

When Harrison, who left Manchester United's academy for a scholarship in the U.S. at 13, moved back to the U.K., he was immediately struck by the difference in fan attitude. One of the first things he realized about his new normal was that to play his best on the field, he had to grow a thick skin. A tough, six-month spell on loan at Middlesbrough was followed by his first spell at Leeds, where he found a home away from home.

"Being in New York, I'd always had positive feedback, even if I played badly," Harrison said. "I grew up in the U.S. as well, so all my teammates that I'd been with had always been encouraging and that's the U.S. mentality of coping with sports and stuff. But once I came here, I was on social media and some of the things you see, it can be quite ruthless.

"I had to delete Twitter, just too many people coming at me. That was something new for me. I tried to build mental strength to work through that. It was tough, but it only makes you stronger as a player. Once you get your head around everything and focus on yourself it makes you a better player."

"You know having that back up from Man City and them providing a psychologist to talk to, trying to help through the mental side of things," Harrison said. "All that stuff really helped during a difficult time in my career. Every player has ups and downs, but it's just about finding a way through."

As football pauses during the coronavirus pandemic, Leeds are one point clear at the top of England's second tier.Harrison has started all 37 of his side's games and his tallies of five goals and seven assists are career highs in the English game; Leeds' last game before the enforced break was a 2-0 victory over Huddersfield, in which Harrison registered an assist and hit the woodwork.

Harrison said he is loving life at Elland Road and learning from Bielsa, regarded as one of the world's finest coaches, having worked throughout Europe and South America, as well as with Argentina and Chile.

As it was for Harrison, last season was Bielsa's first at the club, and Leeds looked certainties for Premier League promotion, only to stutter toward the end of the season and lose in the playoffs to Derby, who were managed by Harrison's former teammate Lampard.

"When Marcelo came in, none of us had worked like that before or been as prepared for a season as last year, and maybe towards the end maybe some of the players weren't prepared for the workload or the mentality," Harrison said. "It's been fascinating working with [Bielsa]. It's hard to talk about him as a person because he prefers to keep that kinda separate, but I know for myself I'm grateful to have worked with him because I've learnt a lot through his style of training, the way he works."

No one knows when football will return, but if this season is finished then Harrison wants one thing on the field: promotion.

"Everything that comes into being a player is hard to sustain for the whole season. I think working this season and being prepared, everyone knows how it's going to be going into training and with the mental side of things, everyone was prepared for it. Everyone's just been on the same page this season. We know what's expected, and everyone knows that and you can back up each other whenever anyone's struggling. As a team, we've figured out a way to move forward together."

As for the future, speculation has grown over Leeds' intent to activate the 8 million clause in his contract that enables them to purchase Harrison on a permanent deal. The man himself can see playing for the club in England's top tier.

There is also the possibility of a future with his parent club, for whom he has yet to make a first-team appearance, but thoughts about what happens after the season -- whenever it ends -- can wait. For now, Harrison is happy to take everything at his own pace and trust his own ability.

"I always want to play at the highest level, push myself to the limit," Harrison said. "I'm not opposed to going back to Man City if that's what's required of me. I must be ambitious as a player as well. If it's with City or Leeds in the Premier League next season, I have to try my best. Everything is up in the air right now, so as of right now I just want to get promoted with Leeds and then we'll see what happens from there." 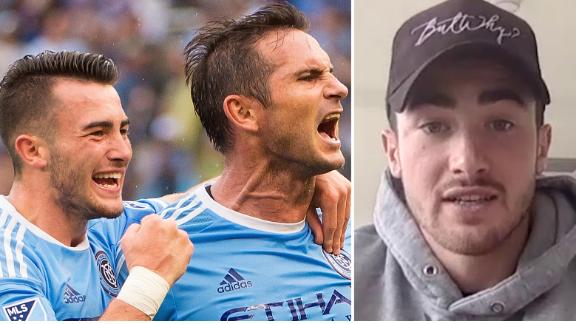 Jack Harrison: MLS isn't a retirement league
Jack Harrison speaks about his time with New York City and the impact of playing with players such as Frank Lampard. 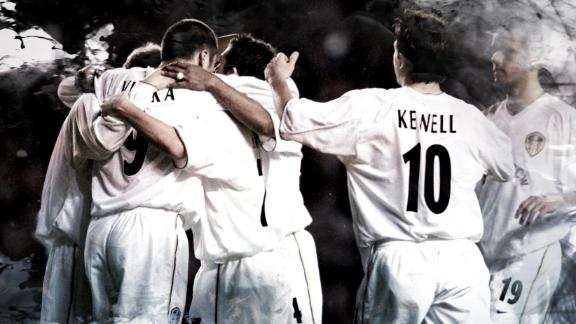 V-Bomber looks back on electric Leeds team, slams Reid
The former Elland Road-favourite looks back fondly on the talented Leeds side of the early 2000s, and their rapid fall from European heights. 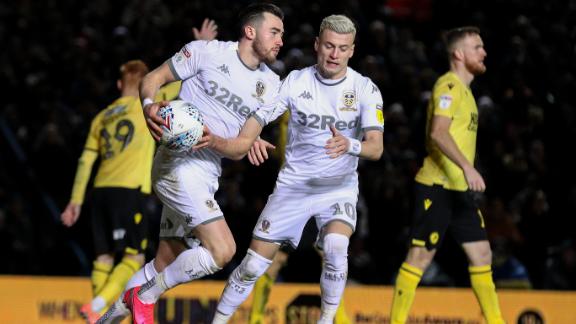 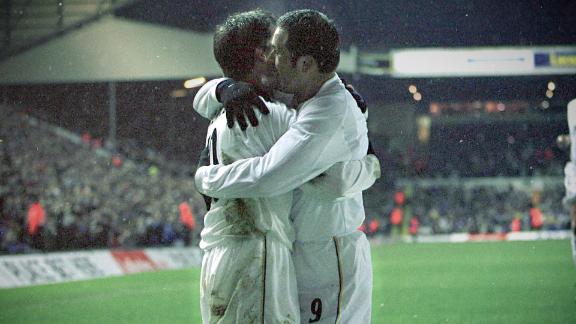