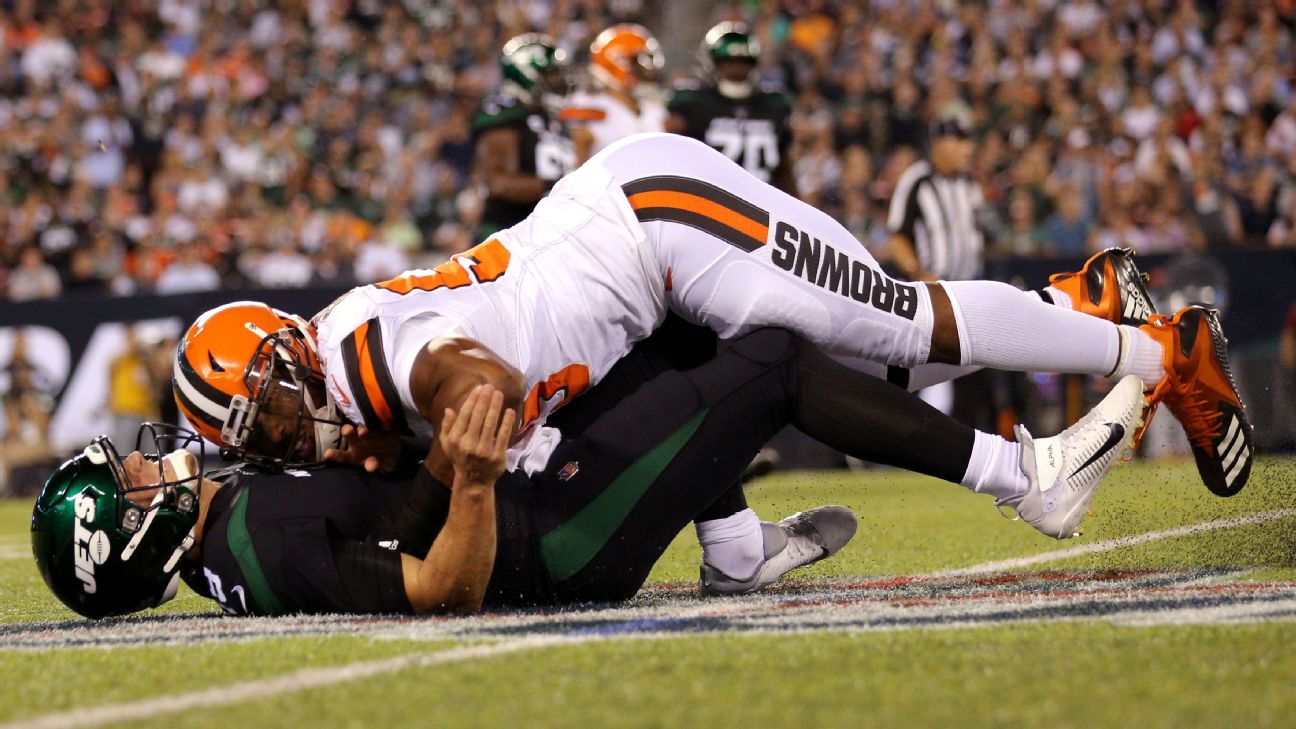 According to the betting market, there hasn't been this large of gap between the best and worst teams in the NFL since 1987, a strike season featuring games with starters against replacement players.

According to ESPN Stats and Information, it's the first time there has been a week with multiple 20-point spreads in 32 years. In Week 5 of the 1987 season, the Dallas Cowboys were favored by 21 over the Philadelphia Eagles, and the San Francisco 49ers were 23-point favorites at the Atlanta Falcons.

San Francisco quarterback Joe Montana and 11 teammates crossed the picket line the previous week and played against the Falcons. The 49ers had 14 veterans, while the Falcons only had three, according to The New York Times.

Neither the 49ers nor the Cowboys covered the spread that week.

In the NFL, three-touchdown favorites are rare. Only 35 times has a team been favored by 21 points or more since 1966. There are two this week. The last time that happened in a non-strike year was 1977.

Oddsmakers have been struggling to gauge just how bad the perception of the Dolphins and Jets really is, and, on the flip, just how good the Patriots are. Last week, New England opened as a 14.5-point favorite over Miami. The line grew to as high Patriots -20 at some books. New England won 43-0.

"I have a feeling that people are going to keep betting against [the Dolphins]," Ed Salmons, a 30-year oddsmaker and vice president of risk for the SuperBook at Westgate Las Vegas, told ESPN. "It's not going to stop. I mean, what can you do? There's nothing you can do. You just make high numbers."

Ahead of Monday night's game against the Cleveland Browns, the Jets were listed as 18-point underdogs to the Patriots. The Jets lost 23-3 to the Browns and saw quarterback Trevor Siemian injured. Siemian was starting in place of Sam Darnold, who is battling mononucleosis. Luke Falk, signed off the Jets' practice squad last week, replaced Siemian against the Browns and is likely to start this week against the Patriots.