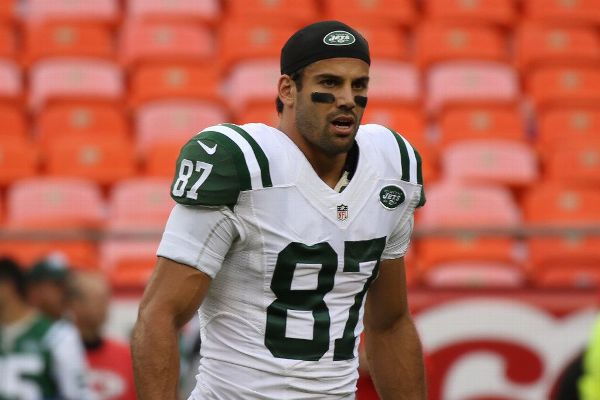 New York Jets wide receiver Eric Decker underwent hip surgery on Tuesday, pushing back his previously scheduled rotator-cuff surgery and jeopardizing his availability for the start of the 2017 season.

The hip procedure came as a surprise because neither Decker nor the Jets mentioned it last week, when he was placed on injured reserve due to the partially torn rotator cuff in his right shoulder.

Hip surgery was "deemed necessary during an evaluation that occurred" at the time he was placed on IR on Oct. 12, the team said in a statement.

Decker won't have the shoulder surgery until he's off crutches, according to the Jets. They offered no timetable on that, but "it will be a little while for recovery," coach Todd Bowles said.

Bowles said he's not sure if Decker will be ready for 2017.

"It's probably too early for that," he said. "I think it will be close. I have to see how he heals."

Decker, 29, injured his shoulder in Week 2, but he played every offensive snap the following week. After the game, a loss to the Chiefs in which he was held to one catch, he informed the medical staff that he had aggravated the injury.

An MRI revealed a partially torn rotator cuff. The hope was that rest and rehab would allow him to return this season, but he said the pain got worse, not better, making surgery an "easy decision."

Decker said last week that the procedure would take place "in the next week or two." It's not clear when his hip was injured.