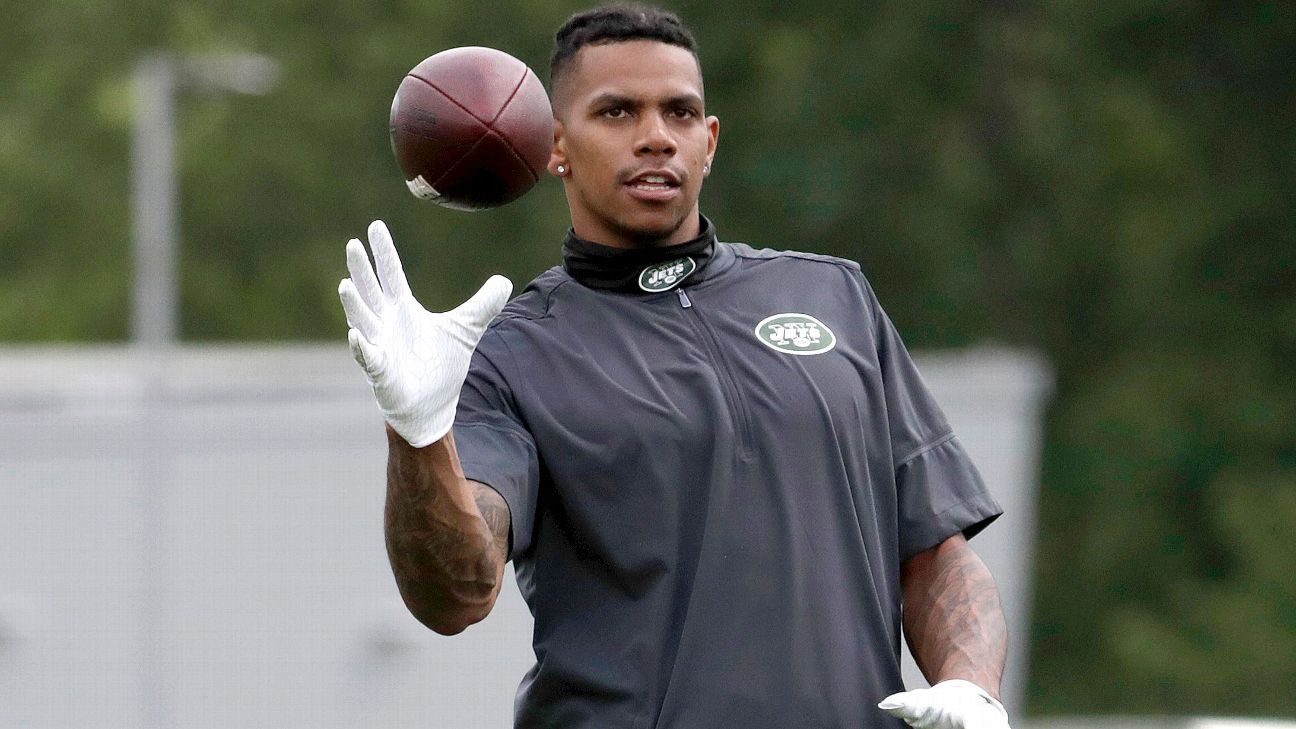 Pryor has a tear in his groin and is expected to miss about two weeks.

The Jets are interested in bringing Pryor back when he is healthy, a source told ESPN's Adam Schefter, but other teams also are likely to be interested.

The former Ohio State quarterback caught a touchdown pass in each of the Jets' past two games, against the Broncos and Colts. He has 14 receptions for 235 yards on the season.

Pryor had only 20 receptions for 240 yards and one touchdown in nine games for the Washington Redskins in 2017.

He signed a one-year, $4.5 million deal, which included a $1 million signing bonus, with the Jets in March.

On Thursday, Pryor expressed confidence in his ability to contribute.

Pryor has battled injuries since signing with the Jets. In the spring, he fractured an ankle and required surgery, which cost him most of the preseason. The Jets never disclosed the injury. Pryor revealed the nature of the injury in August, resulting in a stern rebuke from coach Todd Bowles.

The Jets replaced Pryor on the roster by signing rookie wide receiver Deontay Burnett from the practice squad. Burnett was Sam Darnold's teammate at USC.

The wide receiver corps is banged up, and the Jets need bodies. The only healthy receivers are Robby Anderson, Jermaine Kearse, Andre Roberts and Charone Peake. Roberts and Peake are mainly special-teams players.