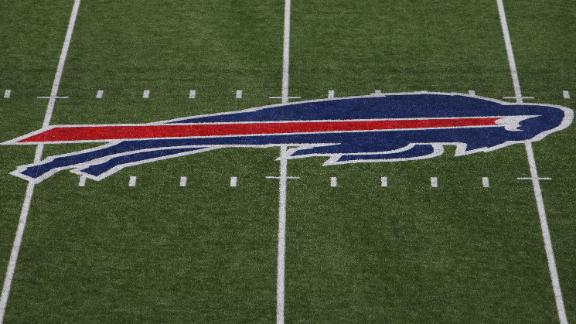 Smith served as the administrative assistant to head coach Rex Ryan this season after working for 12 years for the New York Jets, including the final six under Ryan when he was the Jets' head coach.

"Kathryn Smith has done an outstanding job in the seven years that she has worked with our staff," Ryan said in a statement. "She certainly deserves this promotion based on her knowledge and strong commitment, just to name a couple of her outstanding qualities, and I just know she's going to do a great job serving in the role of Quality Control-Special Teams.

"Kathryn has been working in a football administrative role and assisted the assistant coaches for years. She has proven that she's ready for the next step, so I'm excited and proud for her with this opportunity. She will work with [special teams coordinator] Danny Crossman and [special teams assistant] Eric Smith involving a number of responsibilities."

Smith's hiring comes after the Arizona Cardinals hired Jen Welter to serve as their inside linebackers coach during training camp last summer.

Ryan said in a statement that he consulted with Cardinals coach Bruce Arians about Welter.

"You can see the success some of these young ladies are having in the coaching profession, such as the young lady that is an assistant to Coach [Gregg] Popovich at the San Antonio Spurs," Ryan said, referencing Spurs assistant coach Becky Hammon, the NBA's first female full-time coach, "and realize how exciting this is for women like Kathryn Smith as well as the Bills organization."

"Kathryn has been a part of [Rex Ryan's] staff for the past seven years and has proven that she does excellent work," Pegula said. "While we understand the significance of this announcement, it's important to understand that Kathryn earned this position because she has shown she is qualified, dedicated and puts in the work needed for this role."

Bills offensive lineman Richie Incognito expressed his support for Smith in a tweet:

Welter, who served a six-week internship last summer for the Cardinals coaching inside linebackers during training camp, also tweeted her support to Smith:

Smith joined the Jets in 2003 as a game-day/special events intern before being named a college scouting intern in 2005 and a player personnel assistant in 2007. She became the assistant to Ryan in 2014.

Smith replaces Michael Hamlin, who the Bills announced earlier this month would not return as special teams quality control coach.

This is not the first time the Bills have broken the gender barrier. Linda Bogdan, in 1986, became the NFL's first female scout when she joined the team's player personnel department. Bogdan, who died in 2009, was the daughter of late Bills Hall of Fame owner Ralph Wilson.

Several NFL teams have employed women in prominent roles in the front office. Amy Trask was the Raiders' chief executive officer for owner Al Davis from 1997 until she resigned in 2013.

Dawn Aponte is Miami's executive vice president of football administration and has been involved in the front offices of the Dolphins, Jets, Browns and the NFL for 25 years.

But Smith's promotion is the latest step for women getting a chance to join the coaching ranks of North America's major professional sports teams.

In August 2014, Hammon, a former WNBA player, was hired by the Spurs to join Popovich's staff.

Last month, the Seattle Mariners hired Amanda Hopkins as an area scout. In announcing the hiring, the team said Hopkins is believed to be the first woman hired as a full-time scout by a major league team since the 1950s.