Lights out! Mets-Nationals game delayed 14 minutes due to power malfunction 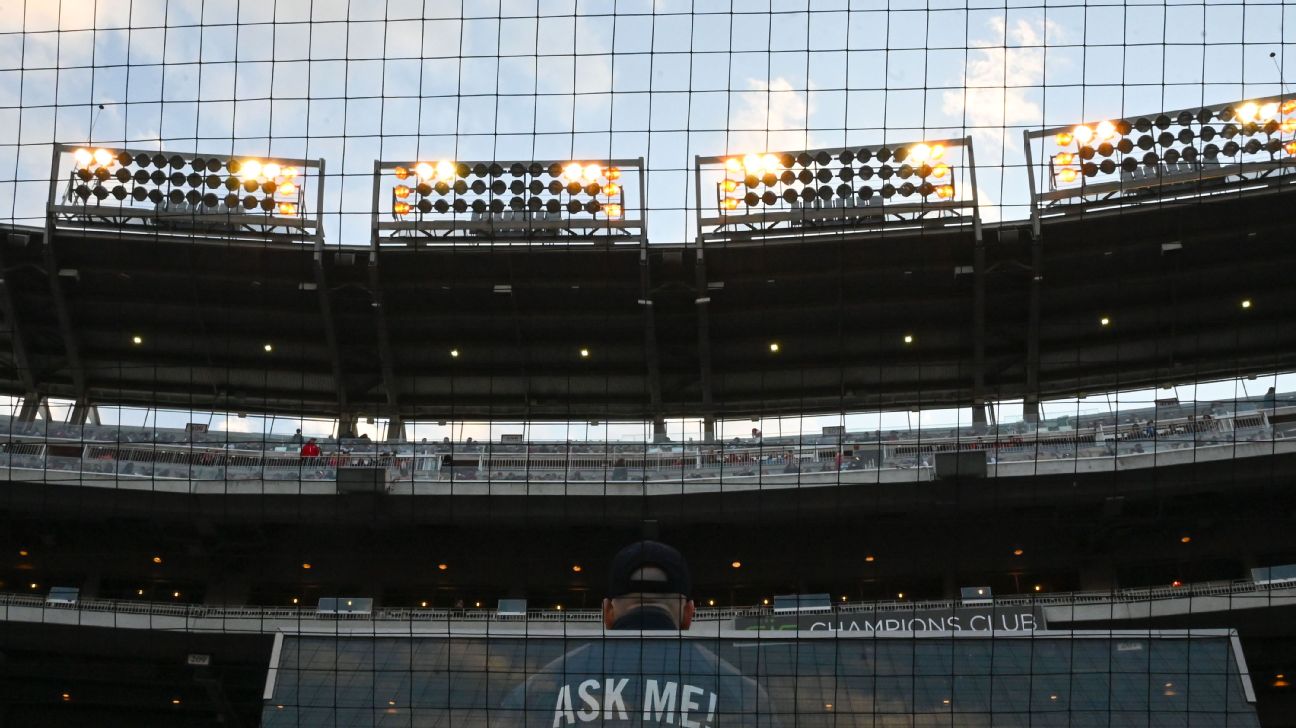 WASHINGTON -- Baseball players and fans are familiar with rain delays. Even, in recent times, replay review delays. The Washington Nationals and New York Mets waited through a lights delay on Friday night.

Max Scherzer's first start for the Mets -- against the Nationals, the team he helped with the 2019 World Series, no less -- was held up for 14 minutes because the artificial lights at Washington's stadium did not turn on fully.


Players had taken the field at Nationals Park in anticipation of a scheduled 7:05 p.m. start for the teams' second game of the season.

But only a handful of bulbs actually turned on around the ballpark as dusk descended. It was too tough to see the baseball well enough, so action did not begin on time.

Everyone was in the dark about what was going on -- including the home team.


A Nationals spokesperson said the team was "investigating the cause of the field light power outage" and would "monitor the system throughout the game."

Eventually, once the lights were working properly, Washington right-hander Josiah Gray - obtained in the trade that sent Scherzer from the Nationals to the Los Angeles Dodgers in late July - threw the game's first pitch to Mets center fielder Brandon Nimmo at 7:19 p.m.