Matthew Olosunde learned from the best at Man United. Now, his return to USMNT, MLS goes through Rotherham 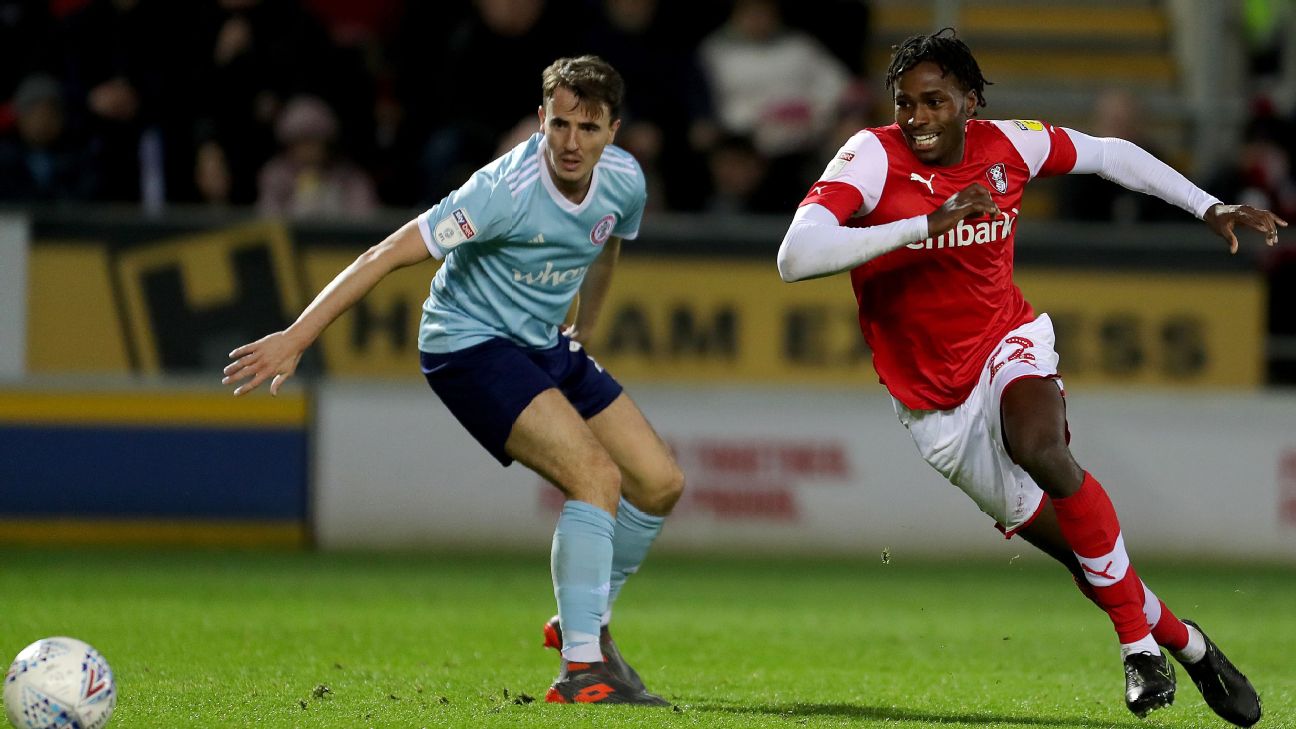 ROTHERHAM, England -- For Matthew Olosunde, the journey back to the United States men's national team begins at Rotherham United. The South Yorkshire town is where the 21-year-old defender, a Manchester United player until last summer, is hoping to attract admiring glances from USMNT coaches. He's had a taste of playing for his country in a 3-0 win against Bolivia in May 2018. And now, he wants more. League One side Rotherham, he said, is the perfect place to start.

"I want to get back into the fold with the national team," Olosunde told ESPN FC. "As long as I can keep playing games consistently and playing well, I feel like Rotherham will be a good place for the coaches to see me. Hopefully they can see my progress and see what I can do in men's football."

Olosunde joined United from New York Red Bulls as a teenager in January 2016 and after 2 years at Old Trafford, during which he was brought in to train with the first team by Jose Mourinho, he moved to Rotherham in summer 2019. A fast, strong 6-foot-1 right-back highly rated by Nicky Butt, United's former midfielder and academy chief, he had plenty of offers while he decided on his next move. He picked Rotherham, relegated from the Championship last season, after they tried to sign him on loan during his time in Manchester.

"It was a good option," Olosunde said. "They had been keeping track of me and obviously believed in me if they were still interested, plus I wanted to stay abroad. I felt like England was a good place for me, and I felt like I could learn a lot from the style of play here. A lot of Americans are coming over; I think it's the best environment if you want to learn and further yourself."

- Ogden: Inside story of how Man United fell apart

He is certainly learning. Olosunde would usually be one of the biggest players on the pitch when he played for United's under-23 team, but playing men's football in England's third tier, he regularly faces a different type of opponent. In the fifth senior game of his club career, he came up against Doncaster's James Coppinger, a 38-year-old attacking midfielder who has made more than 750 first-team appearances during a career that began in 1998, the year Olosunde was born.

"It's definitely different," Olosunde said. "You've got guys who have got tons of experience and been in the game a long time, and I'm just starting out. It's a lot to take in.

"The football style is so different, too. It's a big change. I feel like I haven't had too much of a problem, but I'm still trying to get used to it and get adjusted."

Rotherham manager Paul Warne was keen to ease Olosunde in as he makes the transition from junior to senior football but he's been impressed enough to start the youngster 16 times in 19 league games this season, including an impressive 4-0 win over Coventry City on Oct. 5. Overall, Rotherham are joint-fourth in League One for best defense with just 19 goals conceded. While Olosunde is competing with Billy Jones for a place at right-back, the 32-year-old former Sunderland and West Brom man has been helping him settle, passing on tips acquired over nearly 500 games as a professional.

"It's been quite a smooth transition," Olosunde said. "I signed, went straight into preseason and then straight into games. It's all gone pretty smoothly, and I've enjoyed it. It's a very friendly environment and it's a good environment to be in. I didn't really expect it as a new player."

Whatever changes Olosunde has had to deal with his summer, it is nothing compared to swapping New Jersey for Manchester as a 17-year-old. A straight-A student who would keep up with his schoolwork in the back of his parents' car during the four-hour round trip to Red Bulls practice, he was due to start at Duke before United came in. He still misses the food and the weather.

"I don't think I realised how big the move was," he said. "At the time I was kind of like 'OK, yeah, I'm just going to go and play football over here now.' When I look back I realise it was a pretty big deal to move away from your family to go to a different country and into such an intense football environment. Now I feel like it was a pretty brave move.

"I became very independent because I moved to a new country and didn't really know too many people. I learned to do a lot of things on my own. I had help from my parents and I could always call them, but it's different when they're not actually there and when you don't have someone guiding you all the time. It helped me mature.

"I really enjoyed my time at United. It was a surreal experience to come from America and join a big club like Manchester United. I feel like it helped further my development. Unfortunately I couldn't continue my career there, but you've got to do what you've got to do. I feel like I spent my time there as best I could and it has definitely prepared me for the next step."

In the short term, the next step forOlosunde is to help Rotherham get back into the Championship and earn a place in the USMNT squad. After that, he hasn't ruled out returning to MLS, though he's also taking care to prepare for life after football by looking into part-time university courses ahead of a possible career in international business.

"Growing up I was always studious," he said. "My parents always drove that into me. Football was always big, but education always came first. I always had to keep up my grades and things like that. It's something I want to pursue further. I'm still looking at sorting something this season. You get a lot of spare time as a professional athlete, and it's always good to fill it with something productive.

"I can see myself playing in MLS. I feel like it's always in the back on my head that I would like to go back and play in America, especially if I could play near my home with my friends and family there. It's something that's always there. It's definitely never a closed door." 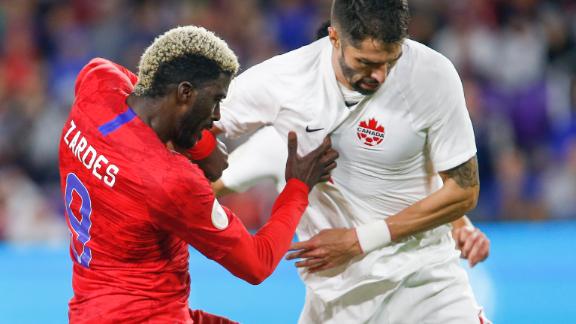 Twellman: USMNT still has a lot of unanswered questions
Taylor Twellman wants to see the USMNT be successful vs. better teams like Mexico before he can get excited. 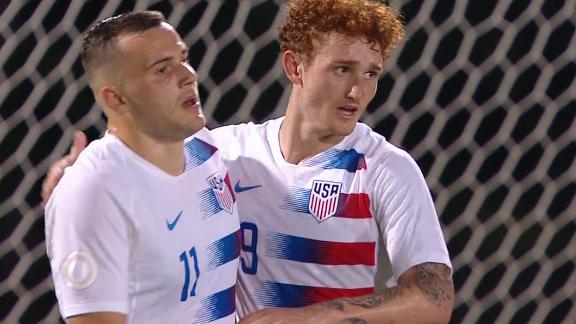