McNair in favor of 'strong franchises' 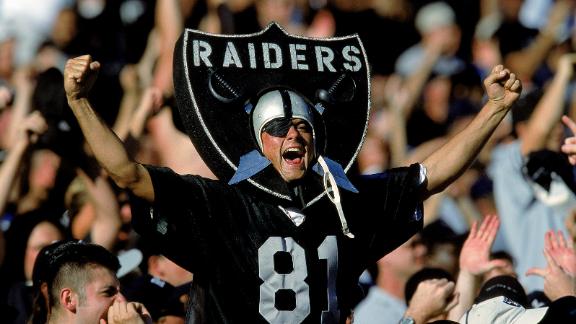 HOUSTON -- As chairman of the finance committee, Texans owner Bob McNair's opinion will impact any team's move. With the Oakland Raiders reportedly considering a move to San Antonio, Texas, he said Tuesday he is withholding judgment until he knows all the facts.

According to a report in the San Antonio Express-News, Raiders owner Mark Davis "and two top lieutenants" met with several city officials earlier this month about the "potential" of moving his team from Oakland to San Antonio.

Davis released a statement on Tuesday afternoon in response to the newspaper's report.

"I was in San Antonio to honor Cliff Branch on his induction into the PVILCA [Prairie View Interscholastic League Coaches Association] Hall of Fame," Davis said in a team-released statement.

"Former San Antonio Mayor Henry Cisneros is a friend, and Henry suggested I take the opportunity to meet with some of the city officials while we were in town. I have nothing further to discuss on the topic."

Cisneros was behind the Alamodome project when he was San Antonio's mayor. Davis also talked with San Antonio Spurs owner Peter Holt and Red McCombs, "who both showed interest in having a stake in the team if it were to move here," according to the report.

According to the San Antonio Express-News, Davis took an aerial tour of the city by helicopter. The Alamodome would be considered a temporary home as it is 21 years old and Davis had repeatedly talked of building a stadium fit for the Raiders, its history, fans and his late father's legacy. In fact, the report said Davis wanted "a small, intimate" stadium in front of which he could place "a statue of his father" Al Davis.

The Texans are the newest team in the NFL, having played their first season in 2002. Their business is so strong now that even after a 2-14 season, they have a waiting list 30,000 people long for season tickets.

"You'd have to do some market research on that to see what level of support might be there," McNair said of San Antonio. "They've got a great owner in the Spurs in Peter Holt. He's done a great job over there and the city has supported them. When you start getting more and more major league teams, you start having to spread that support out. You have to look at what level of support is there and is there enough?"

McNair said he was not concerned about the prospect of a team from San Antonio taking away Texans fans.

"We have a growing fan base there and it's going to continue to grow," McNair said. "If there was a team there and we were over there playing, I think half the fans in the stands would be ours. It'd be a difficult situation, I think, for San Antonio."

Dallas Cowboys owner Jerry Jones also did not seem concerned by the Raiders' reported interest in San Antonio when he commented on the topic Tuesday afternoon.

"I don't make a lot of this at all," Jones said Tuesday afternoon. "Again, my interest in San Antonio is because of how important it is to the Cowboys and our history of having training camp there and the fact that we have such a tremendous fan base in San Antonio."

The Raiders need a new stadium -- the current lease at O.co Coliseum expires at the conclusion of this upcoming season -- and had previously, in a roundabout way, been linked to San Antonio, Los Angeles and Portland, Oregon, as well as nearby Concord and Dublin in the East Bay.

In response to Tuesday's reports, Oakland Mayor Jean Quan took to Twitter to try to re-assure fans that progress is being made on building a new home for the Raiders in the city.

Oakland is working to help build new ballparks for both the Raiders and the A's, and we're seeing progress on both fronts.

- Jean Quan (@jeanquan) July 30, 2014We are making continued progress at the table with the Raiders and the world's third-largest real estate firm talking about Coliseum City.