Nets' Kyrie Irving has hopes set on return within a week 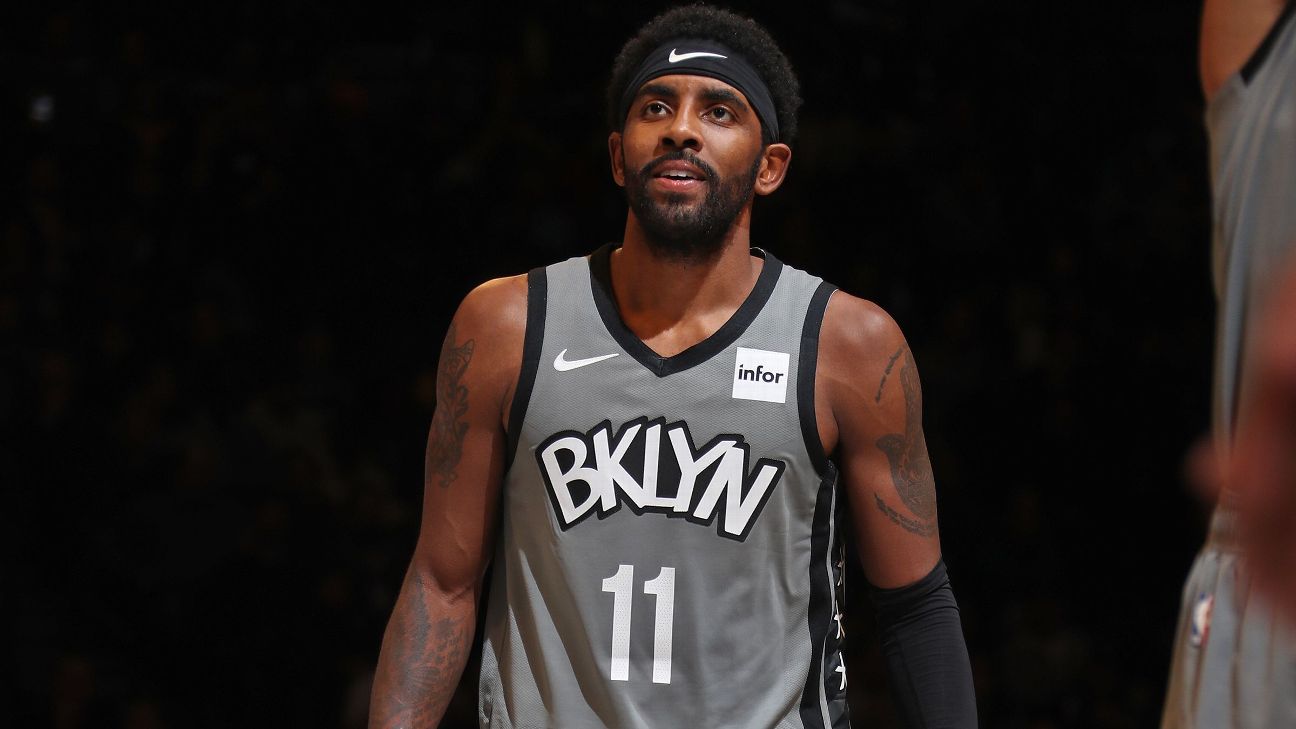 NEW YORK -- Kyrie Irving may be starting to see the end of his injury road.

After missing nearly two months with a right shoulder injury, Irving said he expects to be reevaluated within the next week. It is hoped that being cleared to play, Irving said, will be the next step.

"We just see where we end up in the next few days," Irving said Thursday. "Realistically, we will reevaluate tomorrow. See how I feel tomorrow. Then go Saturday -- probably another practice."

Irving did not pinpoint a date for his return, but said that he's assigned a self-imposed deadline of one week.

"Hopefully I get some game reps in addition to practice probably in the next week or so," he said. "It could be less than that, but I'll give myself a week."

In order for Irving to play, the Nets' medical staff would need to agree with Irving's timeline. Irving did not say whether the Nets doctors think it's realistic for him to return within a week.

Irving was able to fully participate in practice for the first time on Thursday morning, including working through 5-on-5 contact drills. Head coach Kenny Atkinson said Irving played with both the starting group and the second unit.

Irving said a week and a half ago that he began to do 2-on-2 work with coaches and has slowly ramped up his workload. Irving said he has no limitations "other than just keeping my shoulder maintenance program going before I get on the floor."

"That's the thing I have to keep consistent throughout the season and probably for the rest of my career," he said.

Irving spoke to reporters on Jan. 4 for the first time since mid-November. He said he had a cortisone shot in his shoulder on Dec. 24. He said then that he was hopeful the medication would stave off the need for surgery, but at the time Irving said he was unsure of the cortisone's effect.

On Wednesday, Irving said he was cautiously optimistic that the cortisone shot was working.

"After the cortisone, it gave me a great steppingstone to work my way to getting back on the floor," he said.

When Irving does come back, Atkinson and the Nets will have a lineup riddle to solve. Spencer Dinwiddie has started in Irving's absence. At first, Dinwiddie's offensive production exploded and the Nets were able to stay afloat even though they were without their All-Star point guard.

Atkinson said he has talked to Irving and will take his suggestions under advisement in his lineup experiments. He said that he intends to have a conversation with Irving and Dinwiddie together, too.

"My job at the end of the day is to do the best for the team, what's going to fit best for the team concept. And I have some ideas up here," Atkinson said, pointing to his head. "We've talked about it as a staff, but no decision has been made."

Atkinson floated the possibility of putting the two guards on the court alongside Caris LeVert in an Oklahoma City-like three-guard approach.

"That'd be a tough tandem to match up with," Atkinson said of Irving and Dinwiddie. "And Spencer can obviously guard off the ball easy -- he's 6'6" -- so that's good, too. And Spencer's a two-way player. It's exciting to think what it could be. You could have Caris, Kyrie and Spencer. You know, that was kind of obviously in the original plans. You could play them as a finishing lineup. I wouldn't hesitate to do that at all."

Despite his extended absence, the NBA announced that Irving is second in All-Star voting for Eastern Conference guards. Irving has racked up over 1.3 million votes so far.

"I think I've put in a lot of work in this league to be up there whether I'm playing or not," Irving said. "And if you want to see an All-Star Game, I'd vote for myself as well. I'm going to go out there, we're going to put on a show. But at the same time, there is a respect level I have for all the guys that have been playing throughout the season and they're as much as deserving of being in that spot." 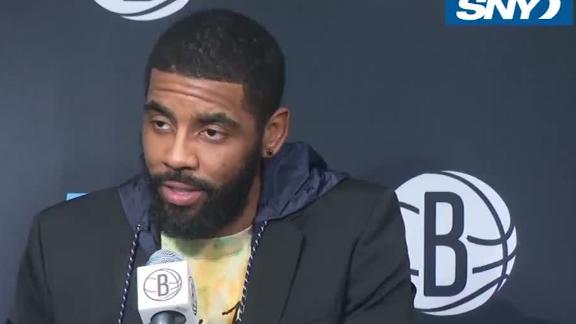 Kyrie on injury: 'It's disheartening'
Kyrie Irving describes his emotions while dealing with his shoulder injury and is focused on moving toward getting better.
Report a correction or typo
Related topics:
sportsespnnewskyrie irvingnbabrooklyn nets
Copyright © 2020 ESPN Internet Ventures. All rights reserved.
More Videos
From CNN Newsource affiliates
TOP STORIES