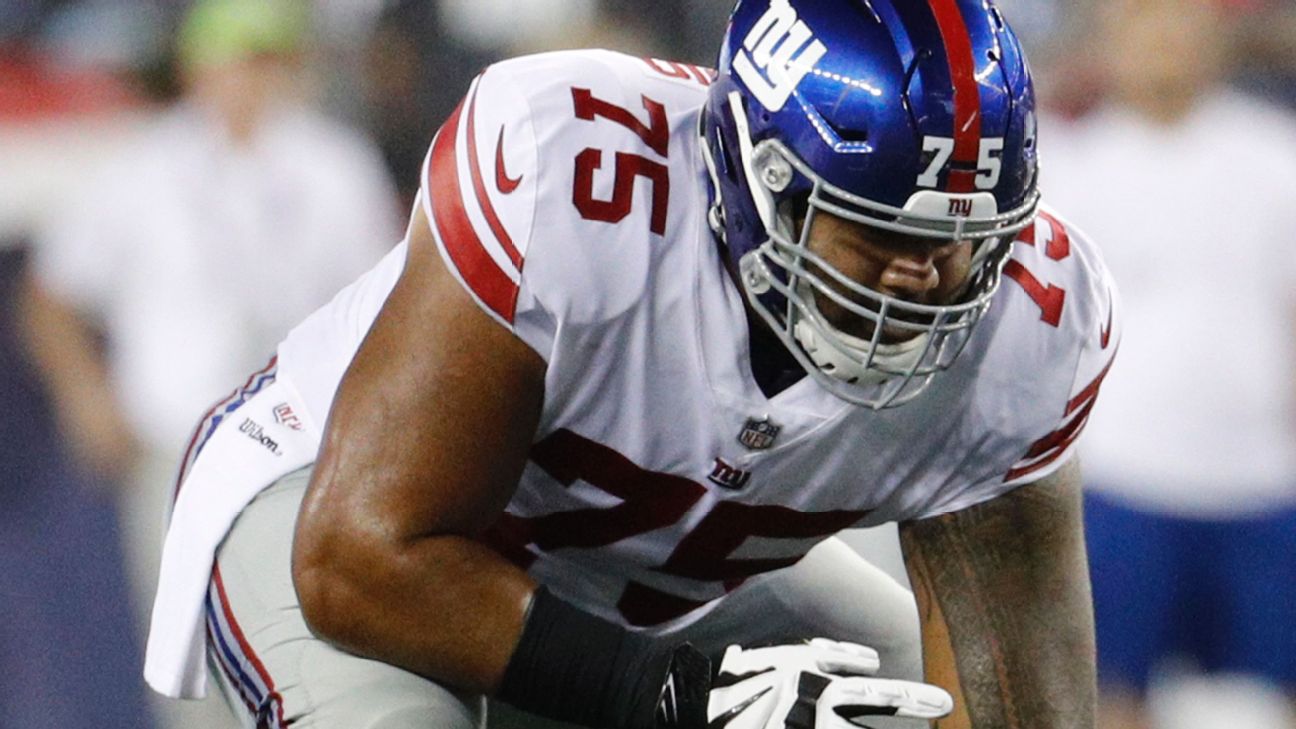 Halapio was carted off the field after someone rolled into the back of his leg near the end of a play in the third quarter. The medical staff put his right leg in an air cast. The injury appeared to be serious.

Apple also left the contest in the third quarter. He had a groin injury. The first-round pick had finally seemed to turn the corner in the first two weeks of the season.