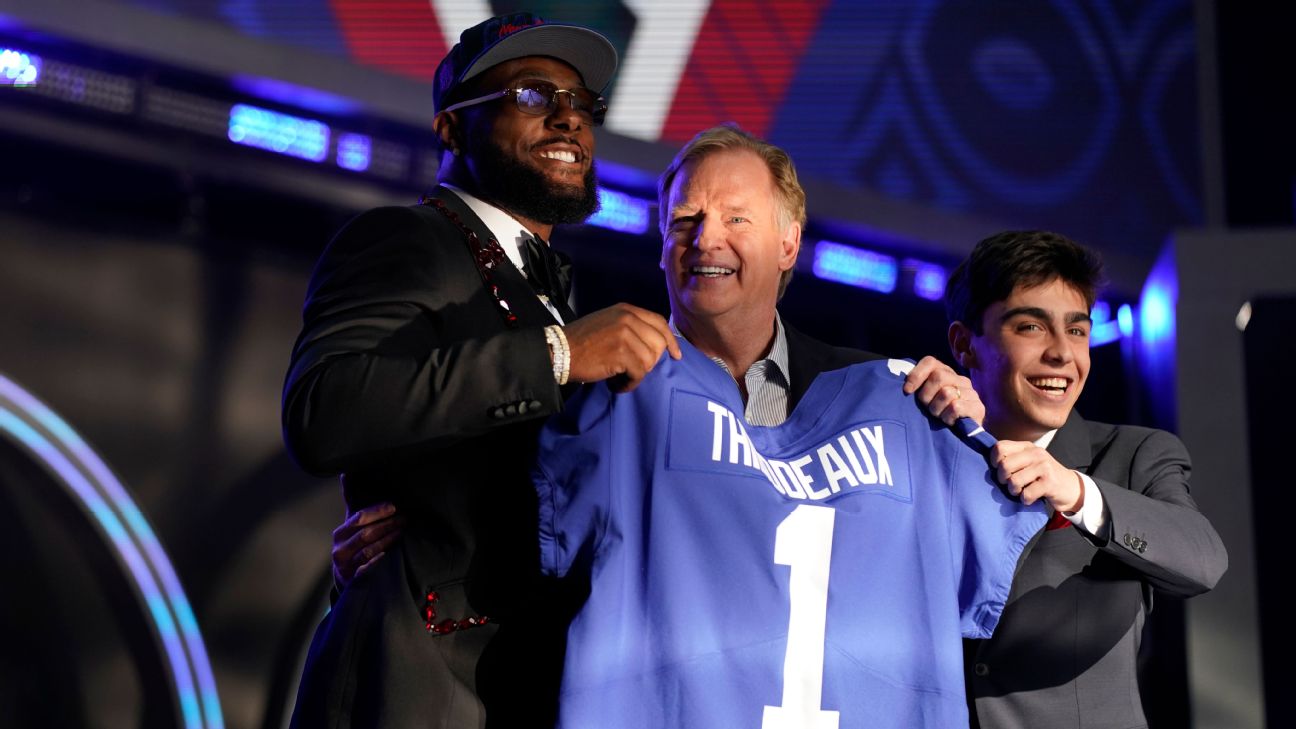 EAST RUTHERFORD, N.J. -- The New York Giantslanded two of the most talented players in the NFL draft when they selectedOregonedge rusher Kayvon Thibodeaux andAlabamaoffensive tackle Evan Neal with the fifth and seventh picks, respectively, on Thursday night.

It was generally considered a strong night for the Giants, who were in their first draft under new general manager Joe Schoen and coach Brian Daboll. ESPN draft analyst Mel Kiper Jr. had Neal and Thibodeaux as his fifth and seventh-ranked players. Analyst Mina Kimes called Thibodeaux the "steal of the draft."


The Giants were also happy with how it played out.

"First to start off, we're ecstatic with the two players we got, obviously getting Kayvon Thibodeaux, a really good pass rusher at five, we are excited about that," Schoen said. "Thought of getting him there with Azeez [Ojulari] on the other side and the pass rush is important to us -- so two young pass rushers on the team now that we are definitely excited about."

Thibodeaux was a surprise selection at No. 5, but the board played out perfectly with all three of the draft's top offensive tackles still available, allowing the Giants to grab Neal with the seventh pick after the Carolina Panthers tookNC Stateoffensive tackleIkem Ekwonuat No. 6.

The belief was that the Giants were about to take Neal with the fifth pick until cornerbacks Derek Stingley Jr. andAhmad "Sauce" Gardnerwent third and fourth, respectively, to the Houston Texans and New York Jets. In the end, it played out favorably for the Giants' new regime.

"We did a lot of work on those [offensive tackles], but after the pass rusher, after Thibodeaux, there was quite a drop," Schoen said. "We like the tackles very similarly, so we thought it was best to let it play out and get the pass rusher first."

Schoen conceded the Giants had Neal and Ekwonu side by side, ahead of Mississippi State BulldogsCharles Cross, who went ninth to the Seattle Seahawks.

Thibodeaux, the third edge rusher selected behindTravon Walker and Aidan Hutchinson, was one of the draft's biggest names and most debated players. Some questioned his effort and work ethic, expressing concerns about a concentration on his brand.

But the Giants didn't believe that was a problem after doing extensive research on Thibodeaux, who has an electric first step. Schoen traveled to Eugene, Oregon, for Thibodeaux's pro day just days after the NFL's annual meetings in Florida. They went out to dinner -- Schoen's first foray into Korean barbeque -- where they seemed to hit it off. The Giants even snuck in a Zoom meeting with the talented pass-rusher the week of the draft.


"I don't necessarily know if there was anything specific that they needed answers, but I answered all of the questions without them asking," Thibodeaux said. "I was able to lay it all out on the line and I think they respected my delivery."

Thibodeaux was clearly excited about the prospects of playing in the New York area. At one point during his conference call with Giants reports, he let out what sounded like a celebratory growl.

The lightning rod Los Angeles product thinks he'll thrive in his new home on the opposite coast.

"Because I'm hungry," Thibodeaux said. "I'm really competitive and hungry, and I feel like New York is the pinnacle of a dog-eat-dog world."

One of the top prospects entering this past season, Thibodeaux had seven sacks despite playing with an ankle injury in 2021. His 17.8% pressure percentage was third-best in the FBS.

New York was the only team in the NFL last season to rank in the bottom five in both pass block win rate and pass rush win rate, according to ESPN Stats & Information.

Neal, 21, was a second-team AP All-American this past season and a semifinalist for the Outland Trophy and Lombardi Award. He allowed one sack his junior season, which came in the national title game against Georgia.

Neal saw constant improvement at Alabama. His pressure percentage allowed dipped from 2.5% as a freshman (when he played guard) to 1.3% this past season as a left tackle.


Neal also brings tremendous versatility to the Giants, having played a season each at guard, right tackle and left tackle. That gives the Giants options with 2020 fourth overall pick Andrew Thomas showing major improvement last season at left tackle. It's likely that Neal begins his Giants career at right tackle.

"The Giants are going to get a guy that is going to come in every day and work his hardest to be the best that he can be and just ultimately help the organization win," Neal said.

It would give New York two potentially young bookend tackles to protect quarterback Daniel Jones. The Giants are the third team in the common draft era to select two offensive tackles in the top 10 over a three-year span.

The Giants wanted to grab an offensive tackle early in this draft in order to help shore up an offensive line that has been problematic for almost a decade. They also signed Mark Glowinski as a free agent to start at right guard and Jon Feliciano to be their center.

"We haven't been in pads yet. I hope so, but again, there's going to be competition across all positions, and I feel like we've upgraded it from where I was here and we had four or five offensive linemen when you got here, and we've added some veteran guys we like, Jamil Douglas, [Max] Garcia, Feliciano, Glowinski," Schoen said. "We are happy with those guys. [Offensive tackle [Matt] Gono.

"And then now adding Evan Neal, I think it's an interesting group and there's some interior depth. And Matt Peart, when he comes back [from a knee injury], all of a sudden, I think we could potentially be operating from a position of strength at that position."

The idea is that the revamped and upgraded offensive line will give them a chance to get a true evaluation of Jones this season. The Giants declined to pick up the fifth-year option in Jones' rookie contract earlier Thursday, sources told ESPN. 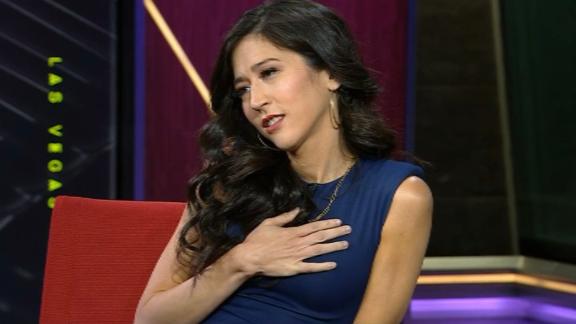