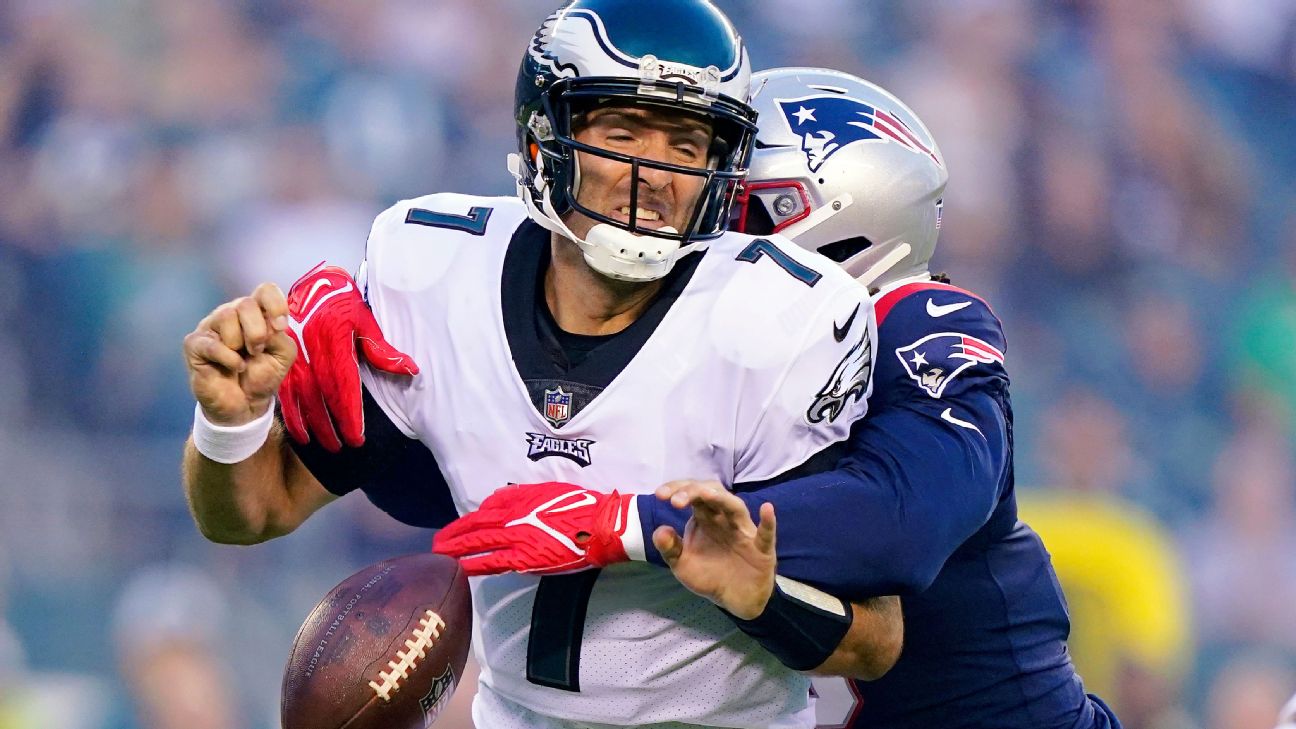 FLORHAM PARK, N.J. -- With Zach Wilson sidelined at least two games with a sprained knee, the New York Jets secured quarterback insurance on Monday. They reacquired Joe Flacco in a trade with the Philadelphia Eagles, both teams announced Monday. It cost the Jets a 2022 sixth-round conditional pick, which can improve to a fifth-round pick based on playing time for Flacco, who spent the 2020 season as the Jets' backup under the previous coaching staff, sources told ESPN's Adam Schefter.

Mike White, who replaced Wilson in the second quarter of Sunday's 54-13 loss to the New England Patriots, is poised to start Sunday against the Cincinnati Bengals. But Flacco, 36, a former Super Bowl MVP with the Baltimore Ravens, provides insurance if White gets hurt or struggles.


White has no starting experience; his NFL debut was Sunday. The former Dallas Cowboys 2018 fifth-round pick completed 20-of-32 passes for 202 yards, with one touchdown and two interceptions.

The Jets' other option was to promote journeyman Josh Johnson from the practice squad, but he hasn't played in a game since 2018.

Wilson, who has a Grade 2 PCL sprain, is expected to miss two to four weeks. Coach Robert Saleh said there's a "possibility" that Wilson could play Nov. 14 against the Buffalo Bills.

Hours before the trade was finalized, Saleh gushed about his confidence in White.

Flacco, who signed a one-year, $3.5 million contract with the Eagles, didn't see any game action. Jalen Hurts has played every snap in seven starts. They also have former Jacksonville Jaguars starterGardner Minshewon the bench and claimed quarterback Reid Sinnett off of waivers from the Dolphins on Monday, so they felt Flacco was expendable.


"Joe is just a great person to be around, a great pro to be around, had a phenomenal preseason and was really good for our [QB] room," Eagles coach Nick Sirianni said. "But the opportunity arose for him to go and be able to contribute somewhere else and also for us to get a pick for that. But our time with Joe Flacco was really good."

Sirianni also was asked if he would consider sitting Hurts to take a look at Minshew as the starter. He said, "No." And then followed up by saying, "No, obviously I really like Gardner and I think he's a good backup but I have a ton of faith in Jalen and he will be our starting quarterback."

The Jets had some interest in re-signing Flacco at the start of free agency, but they opted not to bring in any experienced backups.

Flacco served as Sam Darnold's primary backup last season, starting four games when Darnold went down with a shoulder injury. The Jets lost all four, as Flacco struggled in three of the four. His best game was a 262-yard, three-touchdown performance in a prime-time defeat against the New England Patriots. 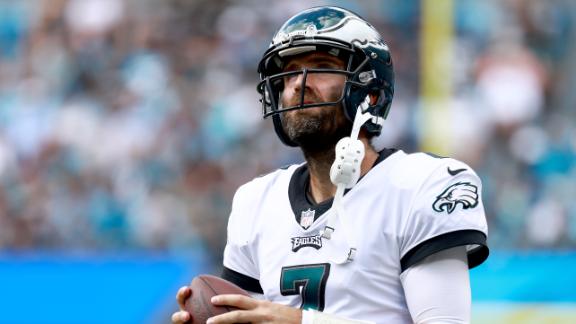