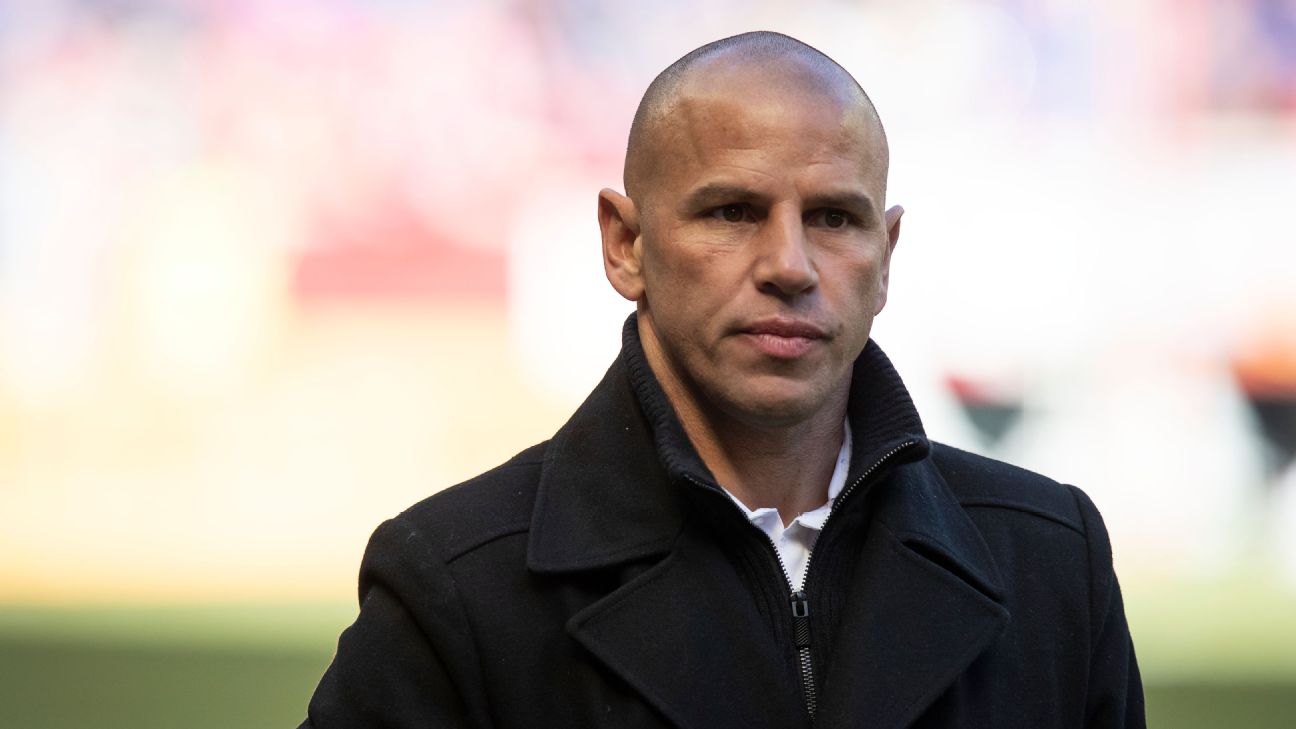 Saturday saw another assistant, Bradley Carnell, named interim head coach by the Red Bulls, who sit seventh in the Eastern Conference with 11 points from nine games.


- Bonagura: Everyone knows Aaronson is Europe-bound

Armas was appointed to his role in July 2018 and led the Red Bulls to a Supporters' Shield the same year. However, the club was eliminated in the second round of the playoffs and lost in the first stage a year later.


"On behalf of the organization, I'd like to thank Chris for his hard work and dedication to the club," said Head of Sport Kevin Thelwell in a statement. "In this business, we have to make difficult decisions based on performances and, fundamentally, results. At this time, it's my decision that we must go in a different direction in order to meet the ambitions we have for our football club."

Carnell, 43, is a former South Africa international and played at the 2002 World Cup. Before joining the Red Bulls in 2017, he was an assistant coach with Orlando Pirates in the South African Premiership.