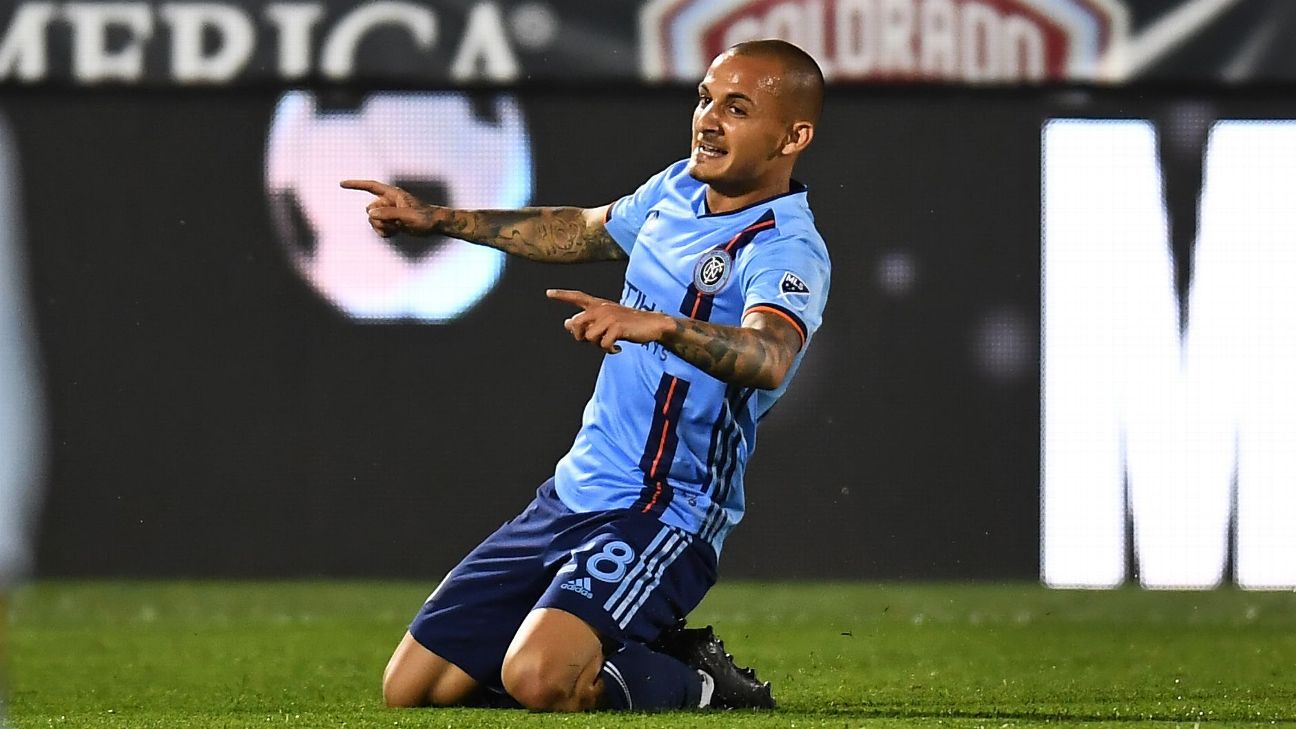 Alexandru Mitrita scored the go-ahead goal in the 83rd minute as the visiting New York City FC posted a 2-1 victory over the short-handed Colorado Rapids on Saturday in Commerce City, Colo.

Heber scored his team-leading eighth goal in the 40th minute and Sean Johnson made two saves for NYCFC (8-3-8, 32 points), which snapped a two-match losing streak and improved to 3-0-2 in five all-time matches versus Colorado.

Rapids midfielder Sebastian Anderson scored his first MLS goal in the sixth minute before seeing his night ended abruptly, courtesy of a red card. The 16-year-old Anderson was whistled for a dangerous foul on Ronald Matarrita.

Colorado goalkeeper Tim Howard finished with two saves before exiting with a strained right calf in stoppage time of the first half. Clint Irwin made five saves in relief for the Rapids (5-11-5, 20 points), who played without leading goal scorer Kei Kamara (back).

NYCFC dominated play against its short-handed foe before Colorado's Lalas Abubakar failed to clear the ball out of harm's way with a header in the 83rd minute. Mitrita settled the ball and unleashed a shot from outside the box that sailed inside the right post to give NYCFC a 2-1 lead.

Colorado wasted little time taking the early advantage as former NYCFC forward Jonathan Lewis raced up the left wing and into the penalty area before sliding a slick feed to the 16-year-old Anderson, who scored from close range.

Lewis was playing in his first match against NYCFC, which selected him with the No. 3 overall pick of the 2017 MLS SuperDraft.

Heber settled Maximiliano Moralez's entry pass with his chest before deftly unleashing a left-footed shot past Howard to forge a tie in the 40th minute. The goal was Heber's fourth in his last three appearances with NYCFC while the assist was Moralez's club-best 13th of the season. 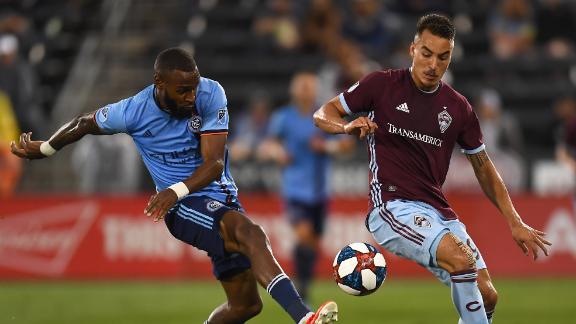