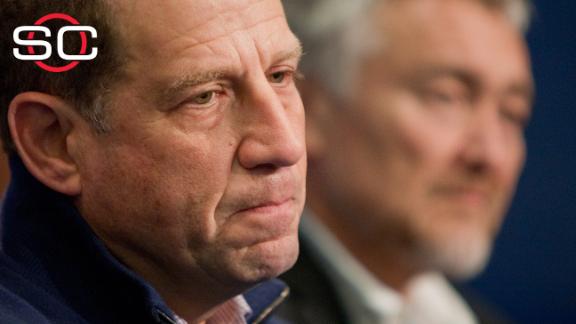 Longtime sports agent Arn Tellem has been named the vice chairman of Palace Sports & Entertainment with the purpose of helping run the Detroit Pistons, it was announced Friday.

The 61-year-old Tellem will be in charge of business operations and league initiatives for the Pistons and would report to Pistons owner and PS&E chairman Tom Gores.

Pistons president and coach Stan Van Gundy, however, would continue to be responsible for the team's personnel moves -- and report directly to Gores -- as he enters the second year of his five-year deal.

Tellem, who has represented mostly NBA and Major League Baseball players since the early 1980s, also would be responsible for business strategy, public affairs and development for Palace Sports & Entertainment. He is slated to start his new post on Aug. 3.

"Arn is one of the most accomplished and respected sports executives in the world," Gores said in a statement released Friday. "He has great passion, integrity and honesty, and he shares my belief that sports can be a catalyst for change in the community. He is an outstanding addition to our leadership team who will help make us make a real difference in Detroit.

"Given his experience and all of his success, Arn could have gone just about anywhere and he chose Detroit. His excitement and enthusiasm about coming here says a lot about this community, about the Pistons tradition, and about the potential of the franchise. This is a big win for Detroit."

Tellem has served as vice chairman of Wasserman Media Group, which has more than 50 current clients, including Russell Westbrook, Anthony Davis, Derrick Rose, Marc Gasol, LaMarcus Aldridge and Texas Rangers pitcherYu Darvish. According to the company, Tellem has negotiated more than $3.5 billion in client contracts since 2008. He graduated from law school at the University of Michigan.

"The decision to change careers was in one sense a difficult one, because I am leaving a terrific job with great clients and an outstanding leader in Casey Wasserman," Tellem said in the press release. "But in another sense it was an easy decision, because I am joining another great organization with an outstanding leader in Tom Gores, who is committed to ensuring Palace Sports & Entertainment is a championship organization both on the court and in the community.

"I'm energized by the potential in Detroit and throughout the region -- in commerce, the arts and on the basketball courts and playing fields. I hope to make a constructive impact on the Motor City and contribute to the turnaround that is under way."