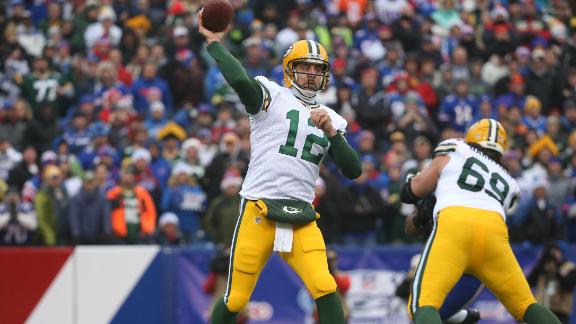 GREEN BAY, Wis. -- It's playoff time for the Green Bay Packers. At least it's time for them to start thinking that way.

That's why coach Mike McCarthy announced Wednesday that the Packers have selected their six playoff captains -- something that's normally not done until the postseason begins.

"It's almost playoff time, but for us it kind of is," Nelson said Wednesday. "We need to win these games to get into the playoffs and start playing good football. Just trying to be proactive and just making sure guys step up and be those leaders."

The Packers don't have season-long captains; they have different representatives each week during the regular season. But league rules require teams to pick the same captains throughout the postseason.

"I felt the need to give these men the chance to stand up front and take the responsibility that their teammates have placed upon them," McCarthy said. "That's the way we're approaching them. It's time to ramp it up and make sure we're playing our best football this time of year."

The Packers' chance for the No. 1 seed in the NFC took a hit with Sunday's 21-13 loss to the Bills. At 10-4, they need a win Sunday against the Buccaneers and some help to clinch a playoff spot.

The NFC North could come down to Green Bay's Week 17 matchup against the Lions, who also are 10-4.

"This just ups the urgency," Rodgers said. "Some teams do captains all year long and have the 'C' on their jersey. I think that's a good idea too. Mike has mixed it up over the years. And this year, we're kind of starting a little early."

Peppers was perhaps the only surprise on the list of captains, given that it's his first season in Green Bay. However, the 13-year veteran has become one of the team's vocal leaders as the season has progressed. He gave a memorable speech before the Nov. 9 game against the Chicago Bears, which the Packers won 55-14.

"You know, it's that time of the year," Peppers said. "It's the playoff time of the year. So yeah, if you want to say it's that time to turn it up, then you can say that. It's an honor to be voted by your teammates. Any time you're voted captain, you've got to accept that responsibility and step up and be a leader."