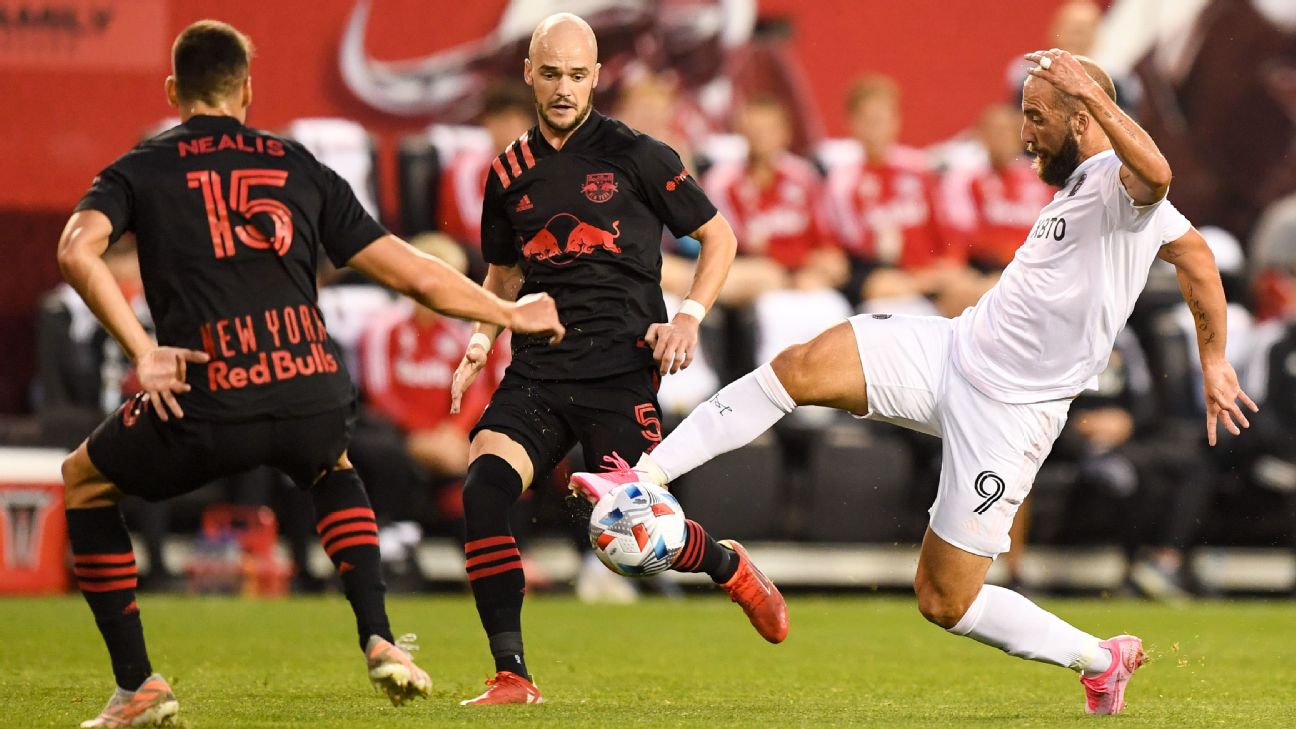 Patryk Klimala scored in the 25th minute as the New York Red Bulls continued their bid to climb back into the playoff race with a 1-0 victory over visiting Inter Miami CF on Saturday night.

The Red Bulls (10-11-7, 37 points) ran their season-best unbeaten streak to six games. Starting with a 4-0 win at Miami on Sept. 17, they are 4-0-2 and climbed to within three points of CF Montreal, who began this weekend in a three-way tie with D.C. United and New York City FC for the final playoff spot in a crowded Eastern Conference race.

Klimala got his eighth goal and easily scored following a miscue by Inter Miami. That was enough to help the Red Bulls end a four-game home winless skid.

New York's Andrew Gutman intercepted a pass near midfield and quickly moved the ball to Klimala, who raced to the center of the box. Klimala finished it off with a left-footed shot into the bottom left corner.


Klimala nearly scored a second goal in the 52nd minute but his right-footed try clanged off the crossbar. He would exit with an apparent hamstring injury in the 84th minute.

Shortly before Klimala nearly got his second goal, New York missed another golden opportunity at a goal when Omir Fernandez's shot from close range off a header was stopped before it reached the center of the net.

New York goalkeeper Carlos Coronel posted his 10th shutout, though he did not face a shot until the final minute when he dove to stop a header by Indiana Vassilev.