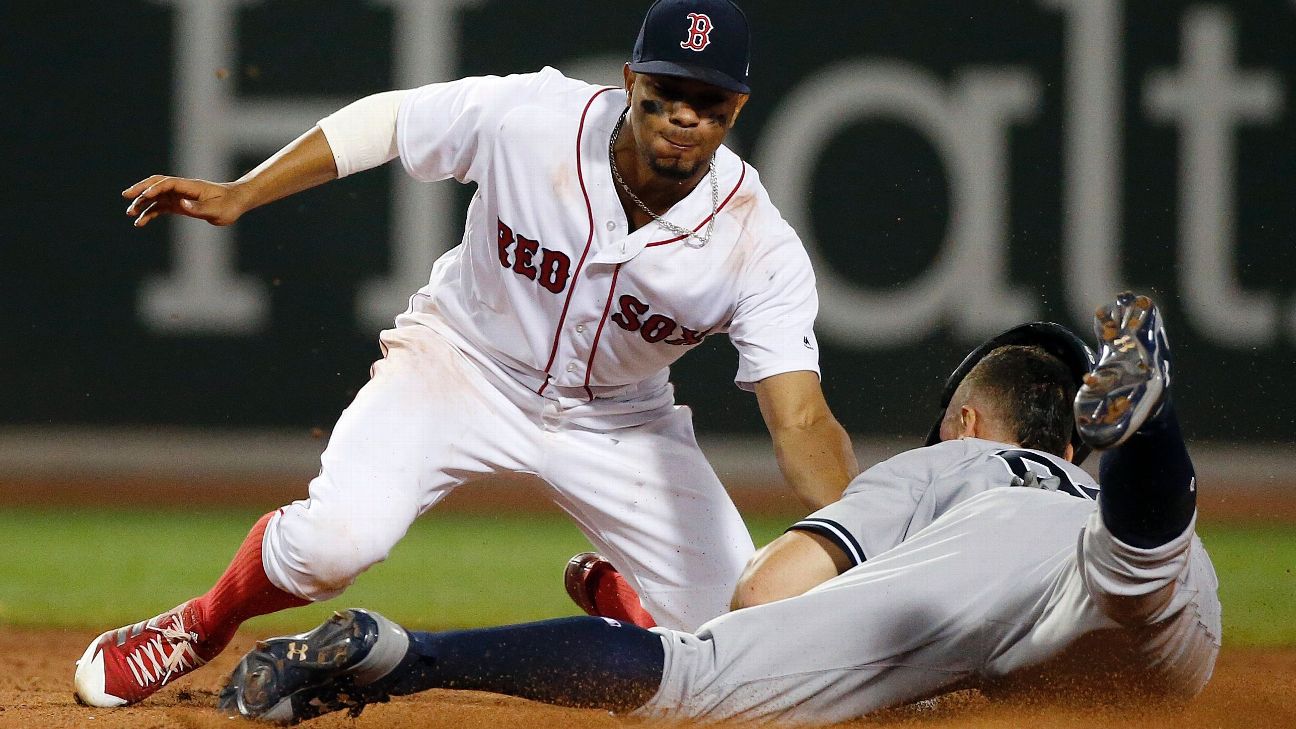 NEW YORK -- As the vaccination statuses of major league players come under increased focus -- unvaccinated players are ineligible to play games in Toronto because of Canada's COVID-19 guidelines, while those on the Yankees and Mets currently would be unable to play in home games because of New York City'sprivate-employer mandate -- some have announced they received shots during the offseason.

Among them are Boston Red Sox shortstop Xander Bogaerts and second baseman Christian Arroyo, who said Tuesday they received the COVID-19 shot after being among the league's unvaccinated players last season.


"Yeah I am," Bogaerts said when asked about his vaccination status. "So get that out there."

Boston didn't reach the 85% vaccination threshold needed for teams to have COVID-19 protocols relaxed last season. Notable players such as pitchers Chris Sale and Josh Taylor -- who were unvaccinated in 2021 -- have not said if their statuses changed over the winter.

Unvaccinated players in the American League East would miss 10 games in Toronto unless guidelines change. They would be placed on the restricted list -- without pay or service time -- during those series in Canada.

Opening Day is April 7, and Major League Baseball and both New York teams are aware of how the policy could affect their workplaces. The Mets declined comment Tuesday, while the Yankees, in a statement, said, "Randy Levine is working with City Hall and all appropriate officials on this matters." They declined further comment.

Team and players union sources told ESPN's Marly Rivera that they're working with the office of New York City mayorEric Adams regarding requirements to play at Yankee Stadium and Citi Field and are seeking clarification "on the previous differentiation between outdoor and indoor play."

Both team and union officials said they're confident the situation will be resolved by Opening Day.


In the meantime, New York teams are facing a similar situation to that of the BrooklynNets and Kyrie Irving, whose unvaccinated status prevents him from playing home games in Brooklyn.

"I'm still focused on getting through the first game of spring training," Judge, who is eligible for free agency after the 2022 season, said. "We'll cross that bridge when the time comes. So many things could change. I'm not too worried about that right now."