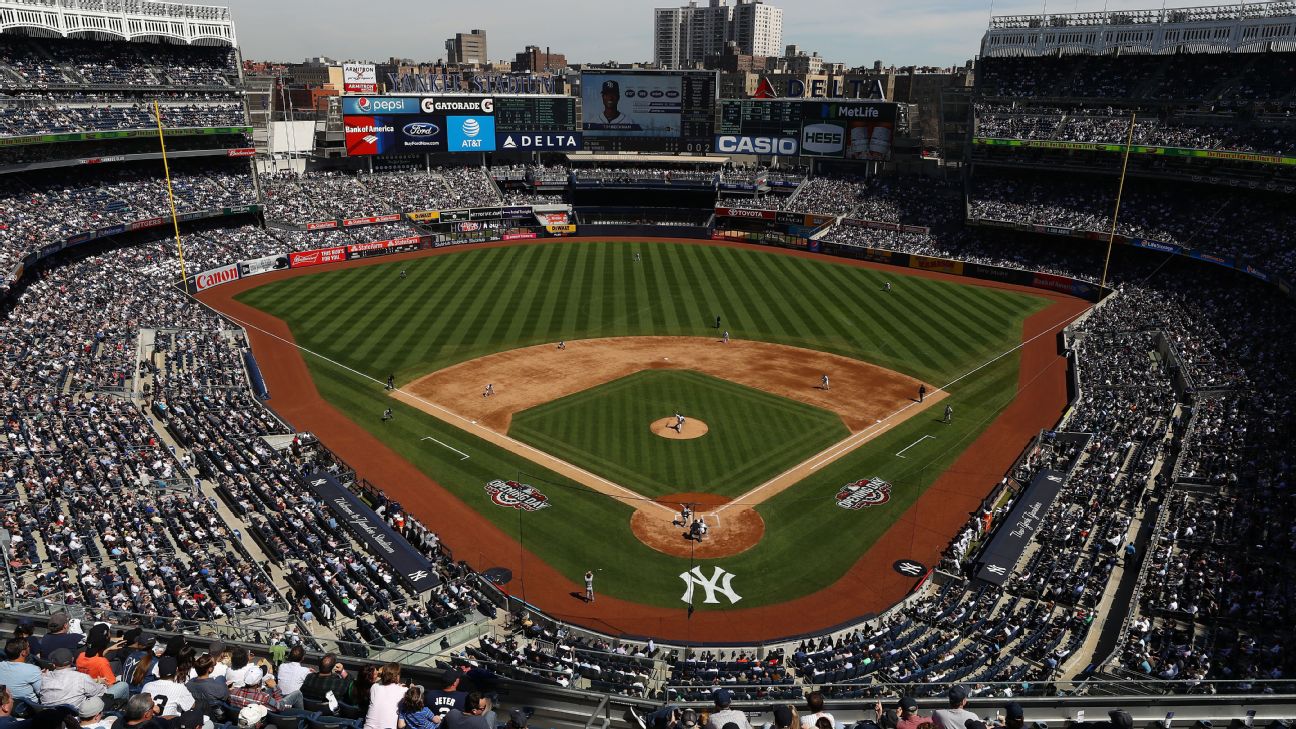 NEW YORK -- Major League Baseball told players their prorated salaries would contribute to an average loss of $640,000 for each game over an 82-game season in empty ballparks, according to a presentation from the commissioner's office to the union that was obtained by The Associated Press.

Painting a picture of a $10 billion industry shuttered by the contagion, the 12-page document titled "Economics of Playing Without Fans in Attendance" and dated May 12 was an initial step in negotiations aimed at starting the delayed season around the Fourth of July.


Teams say the proposed method of salvaging a season delayed by the coronavirus pandemic would still cause a $4 billion loss and would give major league players 89% of revenue.

They contend they lose more money with each additional game played. The players' union, however, believes clubs would lose less money with more games. In addition, many teams and/or their owners have stakes in their regional sports network that would benefit from additional games.

Owners voted Monday to proposesalaries be based on a 50-50 split of revenue, a framework players say is tantamount to the kind of salary cap they will never accept. Teams gave the players' association their virus-testing plan Friday and have waited to make their economic proposal.

The New York Yankees alone would have $312 million in local losses when calculating their earnings before interest, taxes, depreciation and amortization. New York's figure includes about $100 million toward the bonds that financed new Yankee Stadium, money that already has been paid for 2020.

The Los Angeles Dodgers were at $232 million in local losses, followed by the New York Mets at $214 million, Chicago Cubs at $199 million and Boston Red Sox at $188 million.

The Detroit Tigers would have the lowest negative EBITDA -- an accounting measure used to assess profitability -- at $84 million, with Baltimore at $90 million, and Pittsburgh and Tampa Bay at $91 million each. Figures exclude distributions from the central office, which projects to collect $1.34 billion in media revenue.

The figures were calculated by MLB and its clubs, and the frequently skeptical union already has requested a slew of documents from MLB.

Teams fear a second wave of the coronavirus would devastate finances if renewed government restrictions cause cancellation of the postseason, which brings in $787 million in media money. The document details who pays what: $370 million by Fox, $310 million by Turner, $27 million by ESPN, $30 million by the MLB Network and $50 million from international and other.


Teams project to increase their debt from $5.2 billion last year to $7.3 billion in 2020, leaving most clubs out of compliance with the labor contract's debt service rule. MLB's central office increased debt by $550 million to support clubs and is seeking $650 million more credit. MLB said many teams do not have the capacity to add more debt to fund losses in 2021.

MLB and the union agreed to a March 26 deal in which players would get a prorated share of their salaries during a shortened season. As part of the agreement, $170 million in salaries are being advanced through May 24. If the season is scrapped, players are guaranteed service time equal to what they accrued in 2019, a key to gaining eligibility for salary arbitration and free agency.

Now that plans have been formulated to possibly start the season in early July in disinfected stadiums with no gate revenue, at least at the start, MLB says the current economics are not feasible. Players have said they already made a deal and see no need for change.

But that deal is contingent on playing in front of fans at regular-season ballparks. The agreement committed both sides to "discuss in good faith the economic feasibility of playing games in the absence of spectators or at appropriate neutral sites."

Still, for all the questions, the presentation does detail the pandemic's financial destruction.

Revenue from regional sports networks drops in proportion to the lost games, from $2.3 billion to $1.2 billion and an average of $980,000 per game for both teams, according to the projection. Teams fear some additional losses because the regional networks will have to give up games to Fox and ESPN to fulfill national contracts. MLB said rights-holders have already reserved rights to stop payments or demand refunds if agreed to inventory is not delivered.

Player salaries under the March 26 deal average $1.67 million per game for both clubs. MLB projects overall local revenue at $1.23 million a game for both teams and cost at $1.87 million.

MLB headed into the season projecting $9.967 billion in revenue, including $7.548 billion at the local level, according to the presentation.

That left MLB with a projected EBITDA of $143 million after stadium depreciation and noncash add backs. Free cash flow was predicted at negative $95 million after interest expenses, mandatory principal payments and non-baseball income and losses, but excluding capital improvements. MLB says EBITDA has been within $250 million of break-even annually since 2010.

Under the newly developed plan, MLB projects revenue at $2.87 billion, including $1.522 billion at the local level.

Pension and benefits stay the same, and money to sign amateurs decreases to $440 million as part of changes that cut the amateur draft from 40 rounds to five, cap the bonuses of undrafted players at $20,000 and allow most of the money to be deferred through July 2022. Local expenses drop to $3.46 billion and central office expenses to $360 million.

Revenue includes $155 million from sponsors (excluding the MLB Network); $112 million from consumer products, $93 million from digital such as MLB.tv and At Bat; and $89 million in non-media revenue. 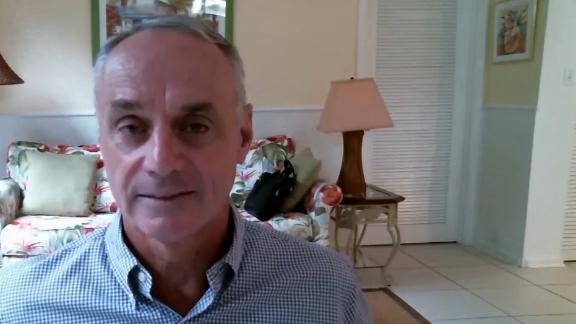