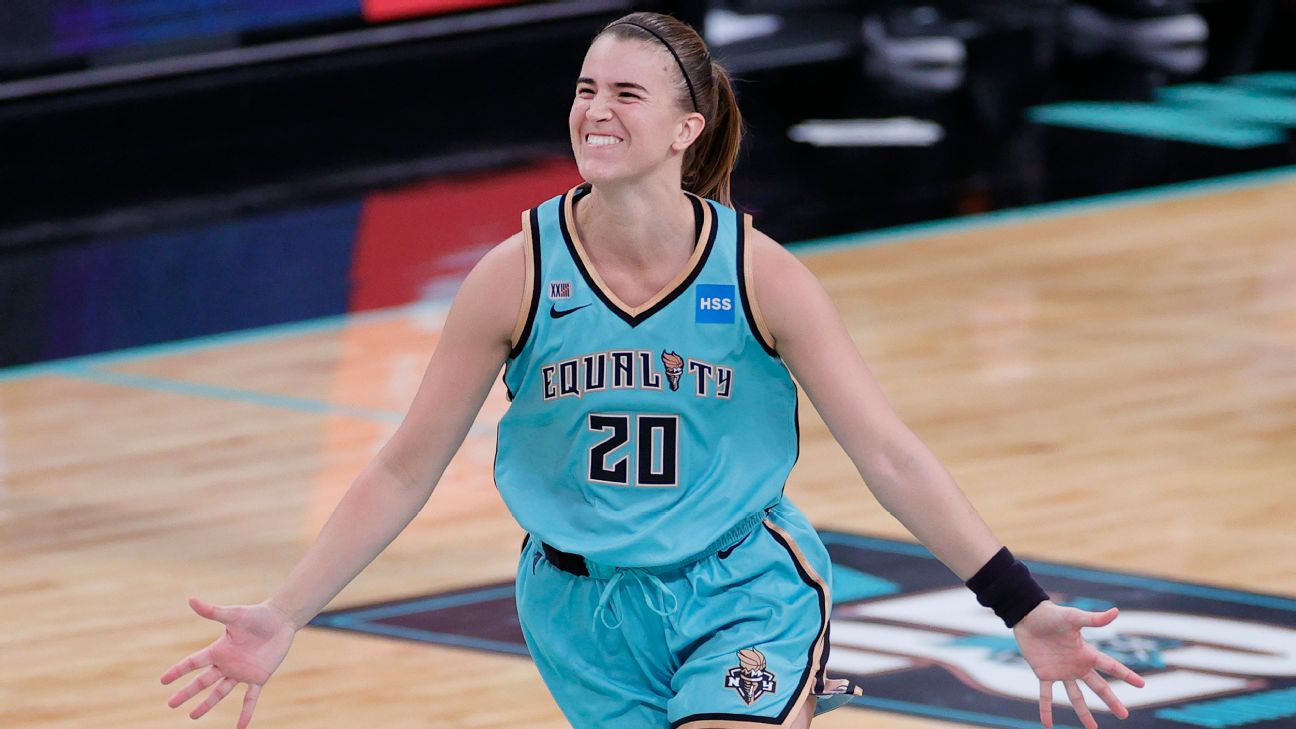 The 2021 WNBA season opened Friday, and it didn't take long for the night to produce some memorable moments. Both Sabrina Ionescu, in just her fourth WNBA game, and Diana Taurasi, in her 17th season in the league, hit game-winning 3-pointers as the New York Liberty and Phoenix Mercury each improved to 1-0.

A year after the most unusual season in league history -- a shortened 22-game schedule played in a bubble in Bradenton, Florida, due to the coronavirus pandemic -- teams are back in their home markets as the WNBA's 25th anniversary season got underway. The games continue Saturday with a doubleheader on ABC; the Washington Mystics host the Chicago Sky (1 p.m. ET), followed by the Las Vegas Aces at the Seattle Storm (3 p.m. ET) in a WNBA Finals rematch.


Before then, there were plenty of takeaways from the opening night. Ionescu and Taurasi stole the spotlight, but Friday's performances -- including wins by the Connecticut Sun and Dallas Wings -- hinted at what's to come this season.

Ionescu played a competitive basketball game Friday for the first time since July 2020, and she made her return and debut in Brooklyn count. Although Ionescu shot just 7-of-18 from the field in the season opener, with the game on the line she delivered a 3-pointer just before the buzzer to give the Liberty a 90-87 victory and move halfway to matching last year's total of two wins in the Wubble.

For much of the game, Ionescu's playmaking was on display rather than her scoring. She handed out 11 assists, one shy of her total in two-plus games as a rookie, taking advantage of the shooting and scoring New York added in free agency. Primarily, that meant 2020 Most Improved Player Betnijah Laney, who scored a game-high 30 points in her first game since signing with the Liberty.

Laney and Ionescu knocked down four 3-pointers apiece, supplying New York the shooting to power coach Walt Hopkins' spread attack was missing last season. The Liberty's 13 triples were one shy of their 2020 single-game high, when New York ranked second in the league in 3-point attempts per game (27.4) but last in accuracy (28%, the worst by a WNBA team since 2013).

Despite making 10 more 3-pointers than the Indiana Fever, the Liberty still needed Ionescu's late-game heroics because they struggled to stop Indiana in the paint without projected frontcourt starters Natasha Howard and Kiah Stokes, both of whom remain unavailable due to overseas commitments. Led by Teaira McCowan's double-double of 22 points and 16 rebounds, the Fever smashed New York for 19 offensive rebounds and 50 points in the paint, more than they managed in either category in any game in 2020.

When the Liberty get whole, they look capable of challenging for their first playoff trip since 2017. Ionescu's ability to make magic happen is a key reason why.

When last we saw the Minnesota Lynx and Phoenix Mercury squaring off in the WNBA playoffs last fall, Skylar Diggins-Smith missed a shot that could have given Phoenix a second consecutive game-winner to advance to the semifinals. This time around, Taurasi produced a different outcome. The WNBA's all-time leading scorer pulled up in transition after a steal in the chaotic final seconds, knocking down a 3-pointer to turn a one-point Minnesota lead into a 77-75 Phoenix victory.

Exactly when Taurasi's 3 went through the net is uncertain because of a clock malfunction. Referees huddled around a replay monitor for an extended period before ruling 1.1 seconds remained after the shot -- not enough time for Minnesota's Kayla McBride to get up a shot on the other end.

Despite the loss, the Lynx can feel good about being competitive without star forward Napheesa Collier, whose Lattes Montpellier team is still wrapping up the finals in France. Minnesota got strong debuts from newcomers McBride (who had 17 points after being cleared earlier Friday to exit her quarantine and play) and Aerial Powers (18 points).

By contrast, the Mercury had a relatively cohesive training camp. After integrating new point guard Diggins-Smith, Phoenix brings back four starters from last year's team that finished 13-9, all of whom played in the team's lone preseason game. So too did 2019 All-Star Kia Nurse, the one newcomer in the starting five.

The Mercury had to be particularly encouraged by the play of six-time All-Star Brittney Griner, who left the Wubble in August for personal reasons and missed Phoenix's last 10 games. Griner won her matchup against Lynx center Sylvia Fowles, scoring 17 points on 8-of-13 shooting, blocking three shots and grabbing 12 rebounds in 38 minutes to match her 2020 total for double-doubles (one) in the opener. With all five starters scoring double-figures, the Mercury were able to overcome an off shooting night from Taurasi, who was 2-of-12 before the final shot.

No matter how Taurasi was shooting, there was never any doubt where Phoenix would go for the final shot. And it was little surprise she delivered again.

At halftime Friday in Los Angeles, Dallas had committed 20 turnovers (more than any WNBA team had in a half during the entire 2020 season) and had gotten no field goals from guard Arike Ogunbowale, the league's reigning scoring champion. On paper, that looked like the recipe for a blowout, and it was -- in favor of the Wings, who beat the Sparks 94-71.

Thanks to 60% first-half shooting, Dallas took a four-point lead to the locker room. With Ogunbowale getting untracked in the second half (scoring 14 of her 17 points) and the turnovers (six) in check, the Wings pulled away from the Sparks, outscoring Los Angeles 50-30 after halftime in Vickie Johnson's debut as head coach.

Allisha Gray's production was key for Dallas. Gray got to the free throw line 10 times and scored 15 of her game-high 23 points in the first half, helping carry the offense with Ogunbowale limited to 7:39 of action by three early fouls.

With the most recent two No. 2 picks (Satou Sabally, who's preparing for the FIBA 3x3 Olympic Qualifying Tournament, and 2021 selection Awak Kuier) yet to join the Wings, No. 1 overall pick Charli Collier started her debut at center and had a double-double with 11 points and 10 rebounds.

Friday's game was a disappointing home opener for the Sparks, who struggled to knock down shots in their first game after losing All-Stars Chelsea Gray and Candace Parker in free agency. Los Angeles shot 7-of-27 (27%) from 3-point range and wasn't much more accurate inside the arc (41%) or at the foul line (8 of 14, 57%). 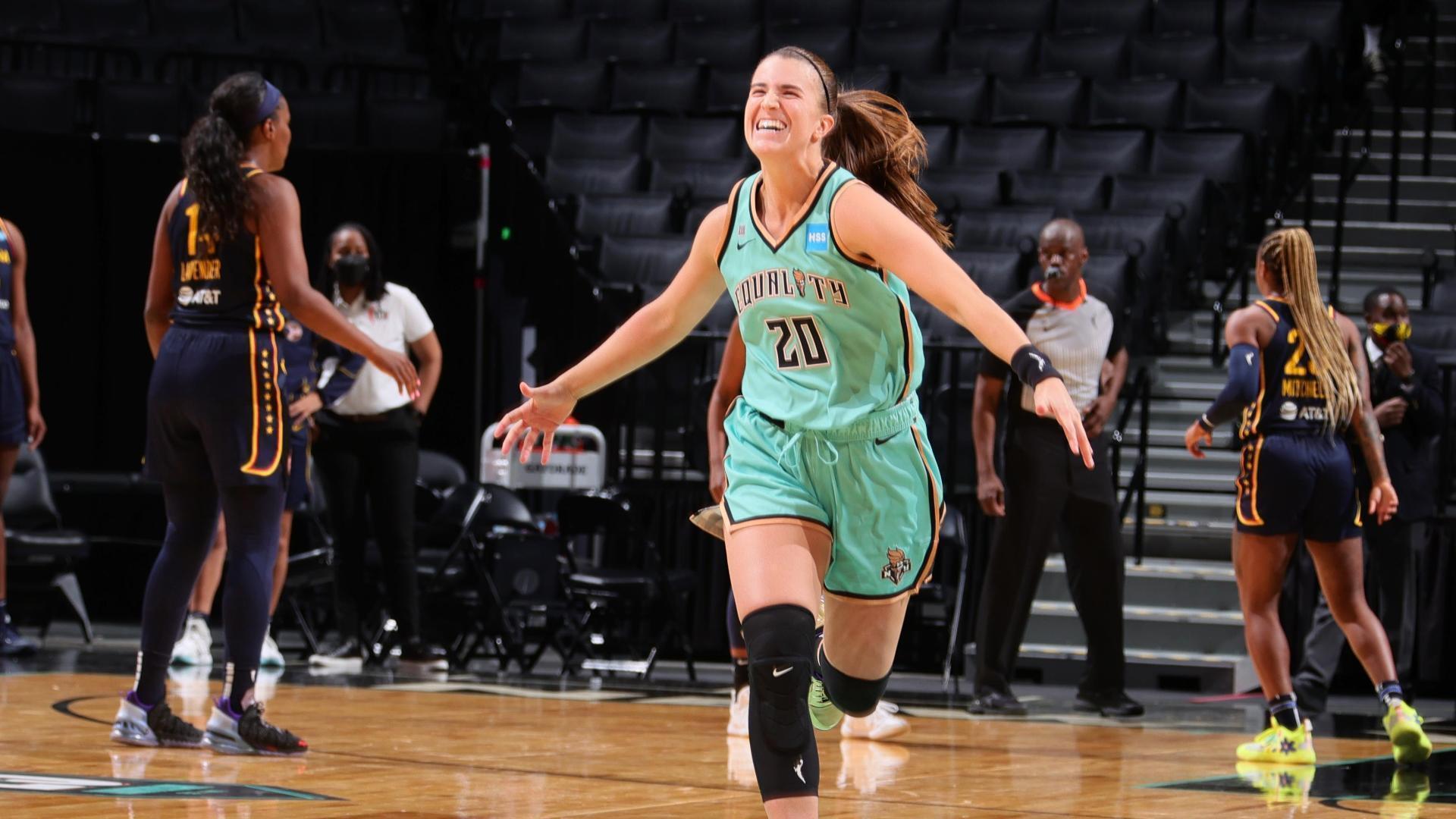 Ionescu cashes in on game-winning 3
Sabrina Ionescu steps up and knocks down the 3-pointer, giving the Liberty the 3-point lead and the win. 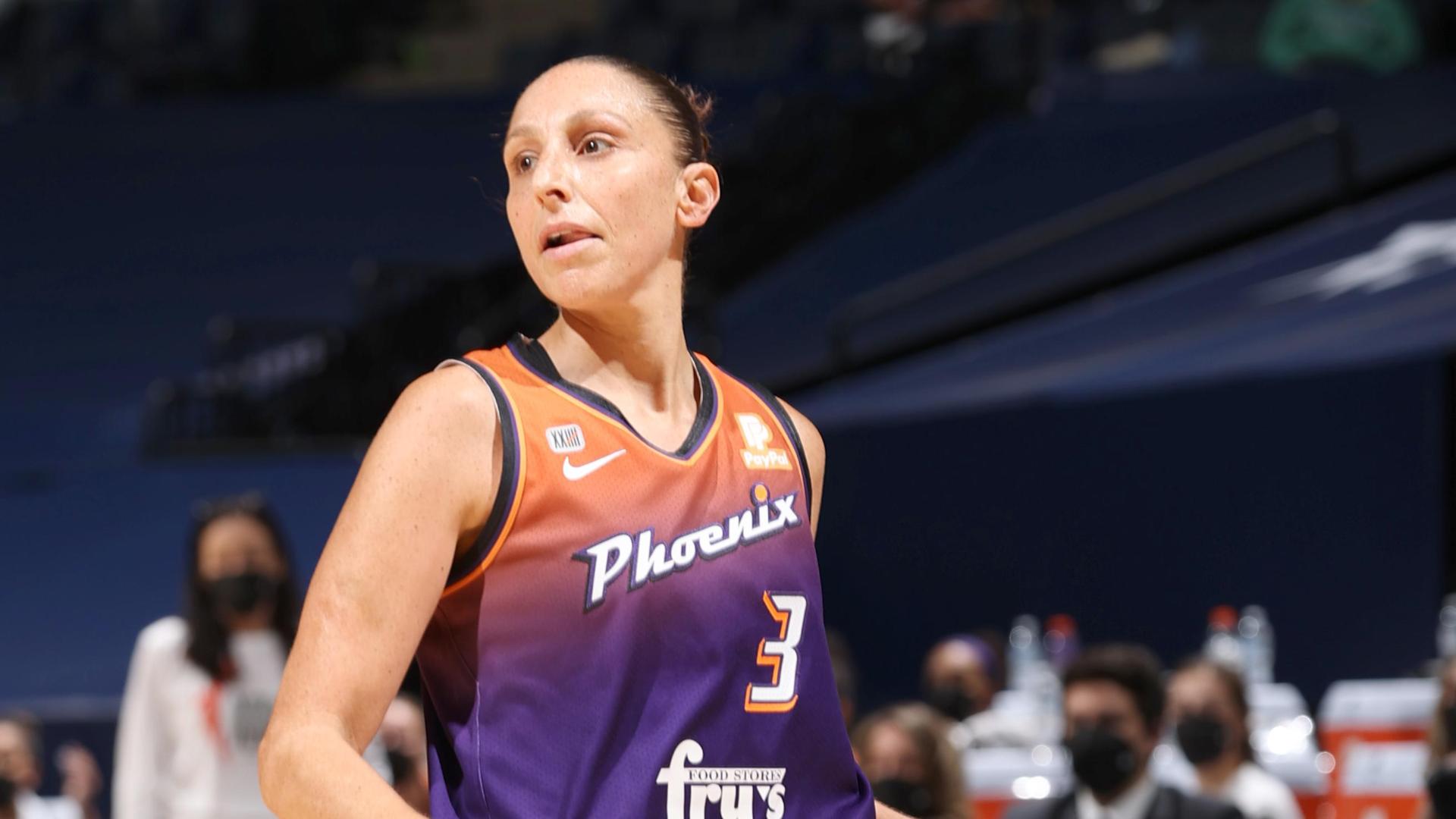 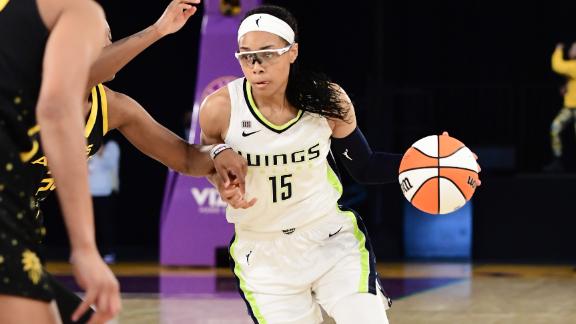