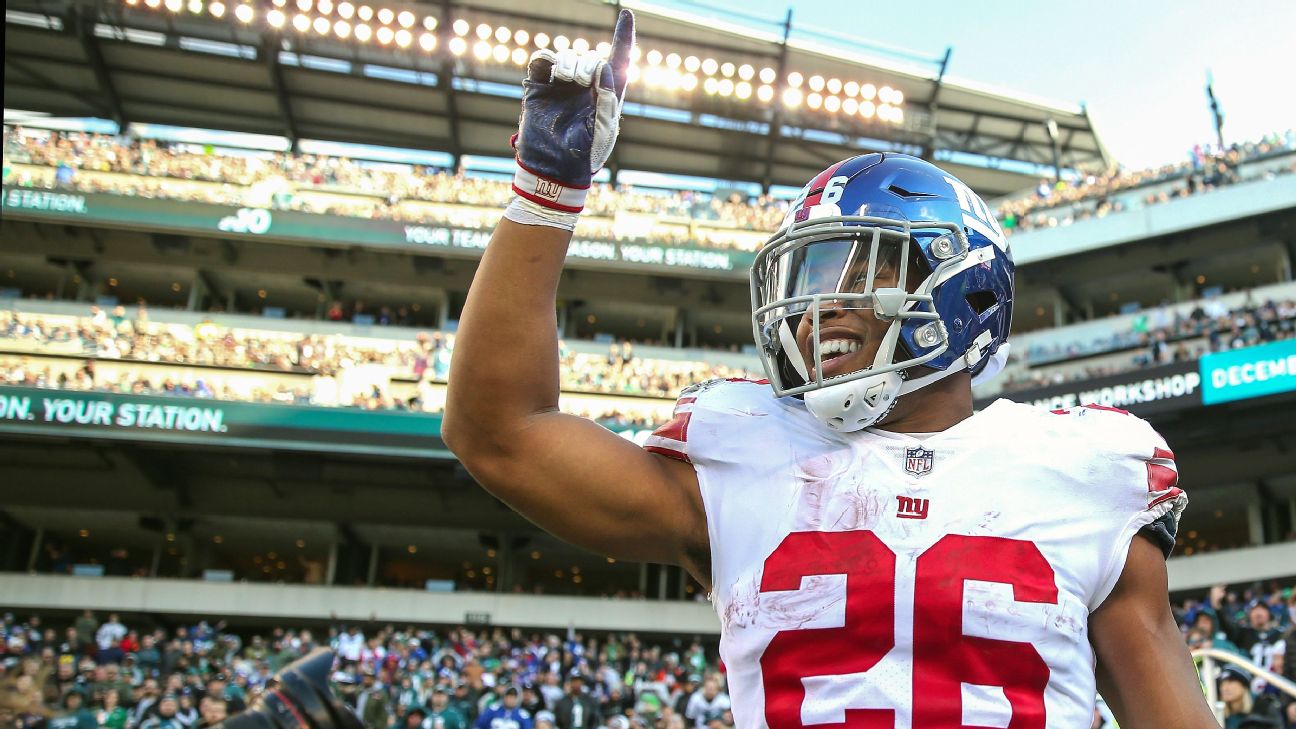 On a weekend when billions of dollars are expected to be wagered on Super Bowl LIII, a "little bet" between NFL rookies shouldn't be surprising.

But when it's No. 1 overall draft pick Baker Mayfield betting No. 2 overall pick Saquon Barkley over who will win the AP NFL Offensive Rookie of the Year Award, now you're talking.

The award will be announced Saturday night during the "NFL Honors" show. On the line: a chain.

"The loser's got to get someone else a chain," Barkley, who finished second in the NFL with 1,307 rushing yards this season for the New York Giants, told Cleveland.com. "We get to pick the chain and we get to have fun with it because obviously everyone's talking about who's going to win.

"At the end of the day we'd love to see each other win, but we'd also love to see ourselves win, too. But we made a little bet with it just to show how friendly we are that it's bigger than just the award.''

Barkley, who was named Pepsi NFL Rookie of the Year in a vote by fans on Thursday, told ESPN's Get Up on Wednesday that he's pretty confident that he has it locked up.

"If you asked my peers that played against me or coaches that had to play against me ... 'Who is rookie of the year?' I think they would say me."

Barkley said he and Mayfield, who threw for 3,725 yards and 27 touchdowns as he helped turn around the Cleveland Browns, have become good friends.

"Baker is amazing,'' Barkley told Cleveland.com. "He went 1 [in the NFL draft]; I went 2. He won the Heisman; I won Pepsi Rookie of the Year. There's nothing I can say bad about Baker. He's one of my good friends. We're actually doing a trip with each other coming up soon. I just love his play, what he did for Cleveland this year.

"He's outstanding. He's a heck of a player. He's doing a tremendous job, and I truly think it's going to be a good competition. We've got a little bet. Hopefully I'll win that bet. But like I said, I can't say anything bad about him. I respect him as a player and as a person." 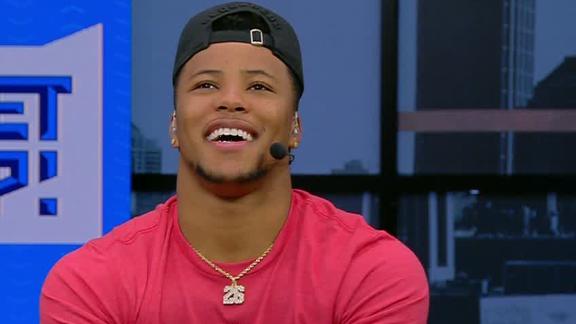