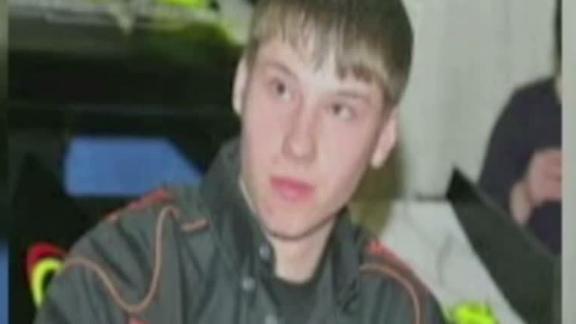 With Ward lying in an open casket decorated with racing flags and piled with orange flowers, his family's team colors, mourners shed tears and laughed at favorite stories about the boy who began racing when he was barely more than a toddler. The 90-minute service was held at the South Lewis Senior High School auditorium to accommodate crowds of people from the close-knit central New York racing community.

"Even if he had rough day, he always had a smile," a tearful Dylan Swiernick said of his best friend and car-obsessed buddy. "We were just two small-town boys trying to make it in the big world. He was always working on something. It was unbelievable how smart he was. He never got down on himself when things weren't going his way."

Ward, a 2012 South Lewis graduate, was buried in his nearby hometown of Port Leyden, 55 miles from Syracuse.

"He was an amazing sprint car driver and had a family like no other," his cousin, Amanda Ward, said in a eulogy. "We used to tell him before every race, 'Drive it like you stole it.' He never let us down."

His sister, Kayla Herring, said the orange and white lapel ribbons worn by family and friends were to signify that the team colors would remain bright, even in the darkest times.

There was barely a dry eye in the auditorium as a recording of the Dixie Chicks singing "Godspeed, little man, sweet dreams, little man," was played at the request of Ward's mother.

After the service, as Ward's casket was taken to the hearse for the short trip to the cemetery, mourners let loose helium balloons in orange, white and black.

Ward died Saturday night at a track 140 miles away in Canandaigua, where Stewart was riding a day before the Sprint Cup race at Watkins Glen.

The accident touched off debates as video of the crash circulated online, with fans questioning whether Stewart, known for his hot temper, tried to send his own message by buzzing Ward, or whether Ward recklessly stepped onto a dark track clad in black.

Stewart was racing a day before the Sprint Cup event at Watkins Glen. After a bump from Stewart sent Ward's car spinning into the wall, the young driver climbed out and walked onto the track in his firesuit, gesturing angrily. Stewart's No. 14 car hit him and Ward was thrown through the air as his parents and fans watched in horror.

No charges have been filed, but Ontario County Sheriff's deputies are still investigating. Stewart announced later Thursday afternoon that he would not race Sunday at Michigan International Speedway.

Ward grew up in a racing family and started racing go-carts at age 4. He moved on to sprint cars and was Empire Super Sprint racing rookie of the year in 2012. He was one of a small, tight group of drivers that traveled to various races around New York state, parts of Canada and Pennsylvania.

Racing and working on cars in his father's shop, Westward Painting Co. of Lyons Falls, were his "double love," Ward's father told the Post-Standard of Syracuse this week.

"His goal was to race in the World of Outlaws," the top level for sprint cars, Ward said.