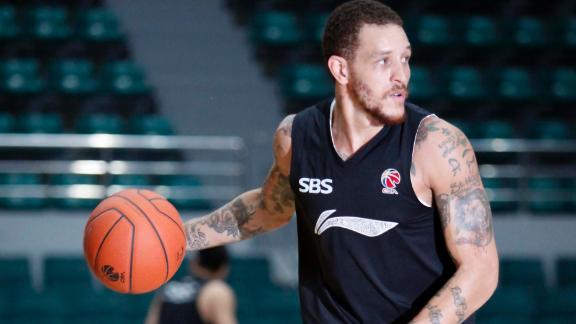 After playing in just four games for the Shanghai Sharks, former NBA point guard Delonte West is again looking for a new job after he was released.

West, who last played in the NBA for the Dallas Mavericks in 2012, had signed a non-guaranteed contract with the Sharks worth nearly $500,000 that could have reached $1 million with incentives.The Sharks are owned by former NBA star Yao Ming.

West, who averaged 23.7 points and 5.6 rebounds for Fujian Xunxing last season, participated in the NBA Summer League with the Los Angeles Clippers in 2014.

"Honestly, we did not expect such a drop in performance," coach Ma Yuenan told reporters.