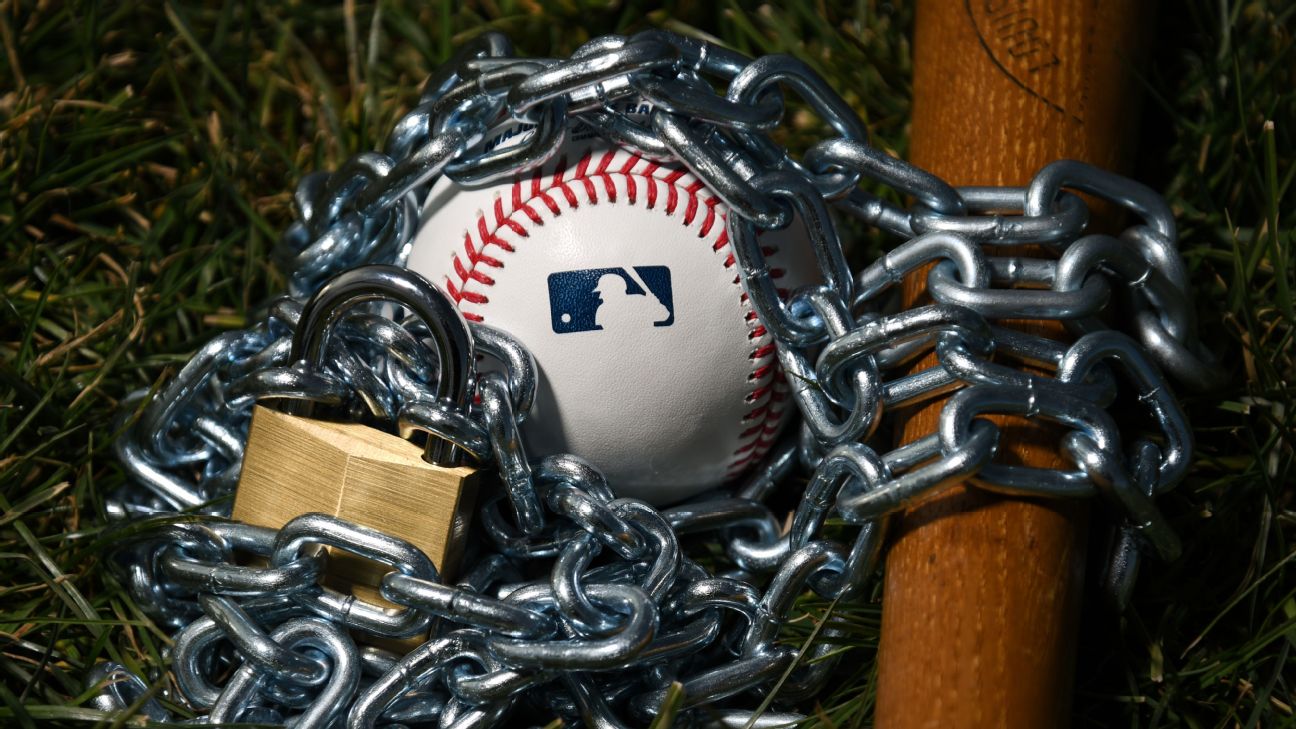 Major League Baseball on Thursday made its first labor proposal since locking out players Dec. 2, focusing on a narrow set of issues that did little to encourage players and heightened the likelihood of spring training being postponed, sources familiar with the situation told ESPN.

During the sides' first meeting that discussed core economic issues in 43 days, the league proposed changes to the arbitration system for players with two-plus years of service, tweaked its proposed draft lottery and offered the ability for teams to earn draft picks if top prospects find early success in the major leagues, according to sources.


MLB hoped the proposal would spur discussion with the union after the sides' failed negotiations leading up to the lockout led to six weeks of inaction. Topics not discussed Thursday that have been in the players' suite of asks include changes to the competitive-balance tax and raising the minimum salary. While the league indicated before the lockout that it was not open to considering free agency before six years or changes to the current revenue-sharing plan, the union could include both in a counterproposal.

The timing of the union's rejoinder could be paramount to salvaging the mid-February reporting date for pitchers and catchers, though multiple sources fear that negotiations will pick up closer to the end of the month, when the threat of losing regular-season games becomes more realistic.

The disappointment from players in the league's proposal Thursday wasn't altogether unexpected. MLB offered a significant revamping of its system in compensating players with between two and three years of major league service time, offering an increase in money going to those players through a formula that would determine their pay.

Currently, the salaries of two-plus players are bifurcated. The top 22% of players in the class who have the most service time are designated as "Super 2s" and receive an extra year of arbitration eligibility, during which they are allowed to negotiate their salaries. The other 78%, regardless of performance, can be renewed by teams at just above the minimum salary.While MLB's proposal would eliminate Super 2s in the future, sources said, players who have at least one day of service would be able to choose between the current system that includes Super 2s and the performance-based proposal.

Between that and the implementation of a formula -- which MLB previously proposed for all arbitration-eligible players -- the immediate reaction from players, sources said, was negative, with fears that implementing a scale for two-plus players would at some point open the door to the same for other arbitration-eligible players. Currently, arbitration salaries are determined by a precedent-based system in which players compare their statistics to past players' and negotiate their salaries.

The league's attempt Thursday to address service-time manipulation -- a practice in which teams keep players in the minor leagues in attempts to gain an extra year before they reach free agency or keep them from reaching Super 2 status -- came via rewarding teams that promote top prospects who find success, according to sources.

MLB proposed awarding a draft pick if a team places a Top 100 prospect on its opening day roster, then the player wins Rookie of the Year or finishes in the top three of MVP or Cy Young voting within his first three seasons, sources said. The offer included the possibility of a pick in an international draft, sources said, indicating that the league is continuing to push for a change in the signing of non-domestic amateurs.A team, sources said, could reap only one pick per player, meaning if he won Rookie of the Year and then MVP, the second award would not lead to another pick.


Players' skepticism toward the idea mirrored that of when the league proposed using the wins above replacement metric from FanGraphs to replace the arbitration system. While the idea of incentivizing teams to break camp with their best 26 players is a goal of players, doing so through the opinions of outsiders -- in this case the baseball writers who have turned prospect lists into a successful industry -- did not appeal to them, sources said.

The third leg of the league's proposal included a tweak to its draft lottery, which it had previously proposed with three teams, to which the union countered asking for eight. MLB stuck with three teams but proposed that a team be ineligible for the lottery in three consecutive seasons, according to sources.

MLB also continued to push for a 14-team playoff, as opposed to the 12-team version the union proposed, and offered a universal designated hitter, sources said.

Previous discussions stalled without much movement toward a deal. The league had offered to eliminate direct draft-pick compensation -- which penalizes teams that sign top free agents -- while the union had accepted expanded playoffs. MLB proposed to increase the competitive balance threshold from $210 million to $214 million but added penalties for teams that exceed it, while the union said it would allow teams to place advertising patches on uniforms.

A chasm remains with most of the core economic issues. The players had proposed reaching free agency and arbitration earlier, hiking the CBT threshold to $245 million and amending revenue sharing. Which of those, if any, are the union's greatest priority could become clearer in its next offer.