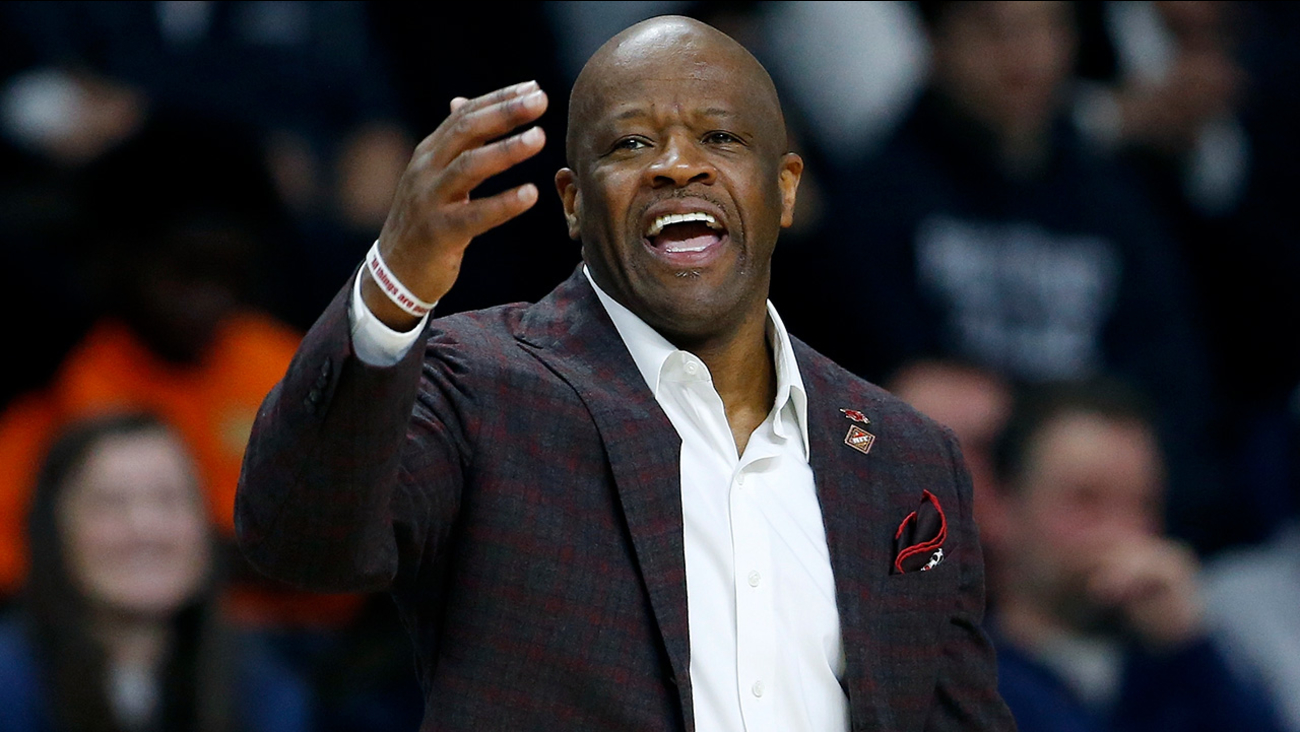 Arkansas head coach Mike Anderson reacts during the second half of a first round NCAA NIT college basketball game against Providence in Providence, R.I. on March 19, 2019. (AP Photo/Michael Dwyer)

JAMAICA, Queens -- Former Arkansas coach Mike Anderson has been hired as the next head coach of St. John's, the school announced Friday.

"My family and I are extremely excited to join the St. John's University community," Anderson said in a statement. "This basketball program is rooted with such great tradition and it has a history built by legendary coaches, so this is a humbling experience. I look forward to mentoring the young men who will represent St. John's proudly on the court, in the classroom and in our community."

He takes a job that proved difficult to fill after Chris Mullin stepped down earlier in the month.

The school's first choice to replace Mullin, Arizona State coach Bobby Hurley, decided to stay in Tempe and signed a contract extension. St. John's then pursued Loyola-Chicago's Porter Moser, but Moser turned down the Red Storm after visiting the Queens campus and having an interview. Iona's Tim Cluess withdrew his name from consideration Thursday morning.

Anderson was fired by Arkansas last month after eight seasons as Razorbacks coach. During his time in Fayetteville, Anderson led Arkansas to the NCAA tournament three times.

Prior to taking over at Arkansas, Anderson spent five seasons at Missouri, taking the Tigers to three NCAA tournaments -- including an Elite Eight run in 2009. Anderson also was the head coach at UAB for four seasons, winning at least 20 games every year and advancing to the NCAA tournament three times.

The Birmingham, Alabama, native began his coaching career as an assistant under Nolan Richardson, first at Tulsa, his alma mater, for three seasons, and then at Arkansas for 17 seasons in various roles.

Mullin, the greatest player in program history, was in charge of the Red Storm for four seasons. He led St. John's to an NCAA tournament appearance this season, his first since taking over as head coach, but the Red Storm lost in the First Four to Arizona State.

After the season, Mullin had multiple contentious meetings with athletic director Mike Cragg, leading to speculation on his job status. Mullin announced his resignation the day after the national championship game.