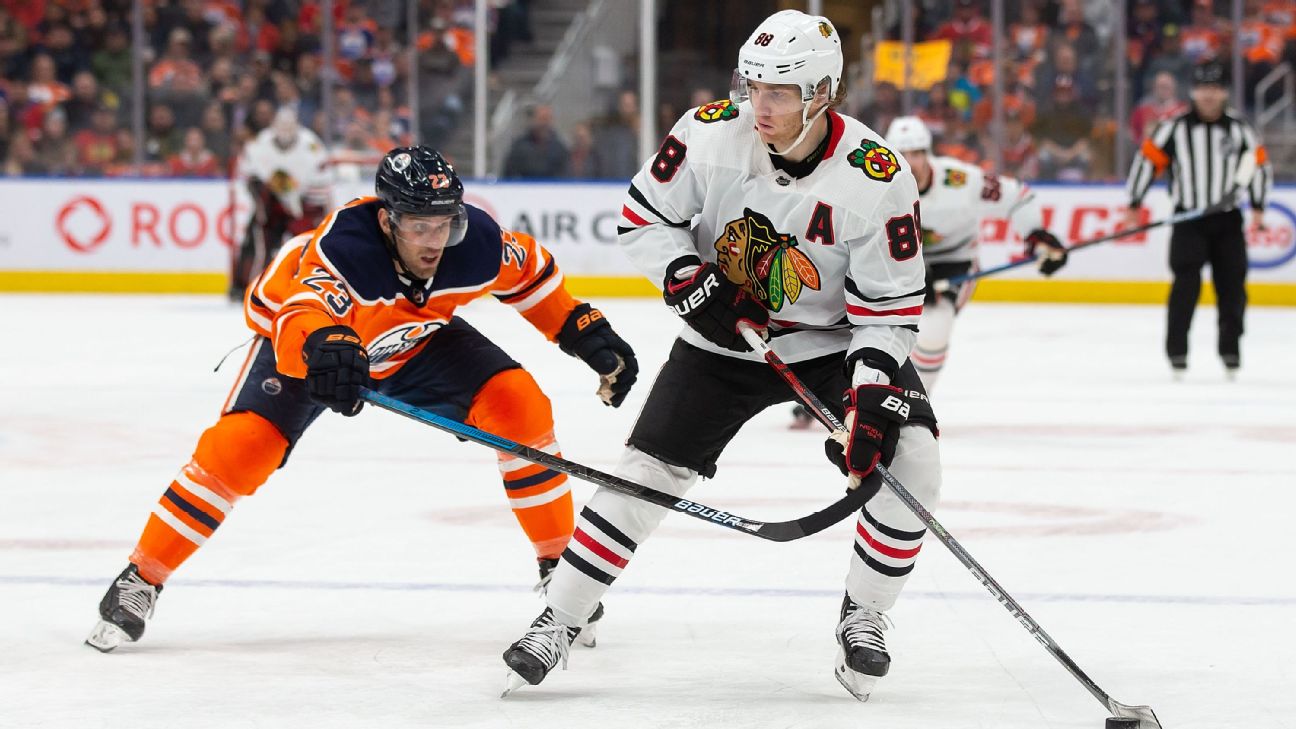 The NHL's postseason is officially underway with the most unconventional Stanley Cup tournament in the trophy's 127-year history. With five games staggered throughout Saturday between the hub cities of Toronto and Edmonton, Alberta, we have a March Madness-style buffet of hockey.

Here's a primer of what to look for in this edition of ESPN Stanley Cup Playoffs Daily -- and make sure you come back Sunday. We'll be doing this every day until the Cup is awarded in October.

The Rangers had a bit of a goalie question coming into the tournament, and it appears for now that health has made the decision for them: Saturday morning, Igor Shesterkin was deemed "unfit to play" -- get used to that terminology -- and Henrik Lundqvist was declared the starter for Game 1. The Canes, though, might have an issue, as top defenseman Dougie Hamilton (who is nursing a new training camp injury) is out. Forward Martin Necas, who was considered iffy to go, is in.

Plenty of sizzle and star power in this marquee qualification-round series. Leon Draisaitl and Connor McDavid steal the headlines (rightfully so), but don't sleep on veteran James Neal or youngsterKailer Yamamoto -- both could be X factors in this series. And while you know Patrick Kane and Jonathan Toews in Chicago, keep an eye on rookies Dominik Kubalik (a 30-goal scorer) and Kirby Dach (the No. 3 overall pick in 2019 who improves by the day).


This series probably isn't getting enough love and it has a chance to be very good. The Panthers have a skilled and talented forward group. The Isles have perhaps the best team defense of any team in this tournament. But, of course, all anyone wants to know is: Which version ofSergei Bobrovsky is showing up to play? The $70 million goalie, who had an underwhelming first season with the team, got lit up in the exhibition game against the Lightning. Not great, Bob.

If there's a series most people feel comfortable picking, it's this one. The Penguins, fully loaded with one of their best forward groups in a while, are heavy favorites against the measly Canadiens, who finished 24th in the league but snagged a summer invite anyway. The Habs' power play is bad -- like so bad it could single-handedly sink them.

This is the Saturday late-night game, and it's a series that Stefon from SNL might recommend: It has everything! A goalie controversy on one end, and the best goalie in the tournament on the other. Super talented forwards. Physicality and grit (this is the series most likely to get some close looks from the Department of Player Safety).

Question of the day: How is the ice going to hold up?

During exhibition games, we got a glimpse of the transformed empty arenas. I must say, the NHL did a great job. The way the league covered the unused seats is super slick; unlike watching MLB, you are never distracted by the fact that this is a game missing fans. The experimental camera angles might get some getting used to -- as will the artificial crowd noise -- but overall, it should be a great viewing experience.

We also got a peek into a potential pitfall for the league: bad ice. The NHL has never played this late in the summer, and outside humidity often means non-ideal conditions inside. NHL vice president of hockey operations Colin Campbell sounded confident last week that the ice would hold up. (Campbell said his group surmised that the bigger issue is when doors open and close, and thousands of bodies are packed in the arena, creating humidity. Neither of those things are happening, of course).


Several players noted the surface wasn't ideal in their first outing, though. And that might worsen when the ice is being overused -- especially in the next week, with three games per day at each arena. Ice technology has significantly improved over the past several years, and to help mitigate the problem, no teams will be allowed to hold morning skates at the arenas (only at practice facilities).

And hey, maybe it's not the worst thing if you root for chaos. The Columbus Blue Jackets were giant killers in last year's first round, and they might come armed with a secret weapon in their qualification-round series against the hometown Maple Leafs. Blue Jackets forward Cam Atkinson noted the choppy ice after his team's exhibition on Tuesday but added, "If anything, it benefits our style of play anyway."

I feel like Day 1 of this tournament is going to be fluky and exciting, and it has a good chance to produce a ton of goals (even though almost every exhibition game went under). So I looked at DraftKings for prop bets of players to score two or more goals. It's a total hunch, but I like Chicago's Alex DeBrincat (+1300).

Outfit of the day

Alexander Romanov, a recent signing from the KHL, isn't eligible to play this summer for the Canadiens, but he sure is making a first impression with this bold introductory press conference choice:

Say what you want about the effectiveness of the NHL players standing in a unified line as a statement against racism and also simultaneously honoring frontline workers. But, it was also a captivating choice to have 6-foot-9 Zdeno Chara be sandwiched by the Blue Jackets' two smallest players, Atkinson (5-foot-8) and Nathan Gerbe (5-foot-4). The alarming visual led to plenty of punchlines, including one from Gerbe himself:

Chirp of the day

Brad Marchand is the league's preeminent agitator; he's constantly finding new ways to get into his opponent's heads, and his best stuff typically comes in the postseason. He's clearly warming up to his teammates as he gets back into game shape. 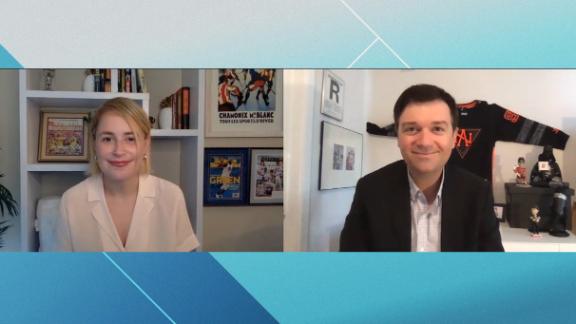