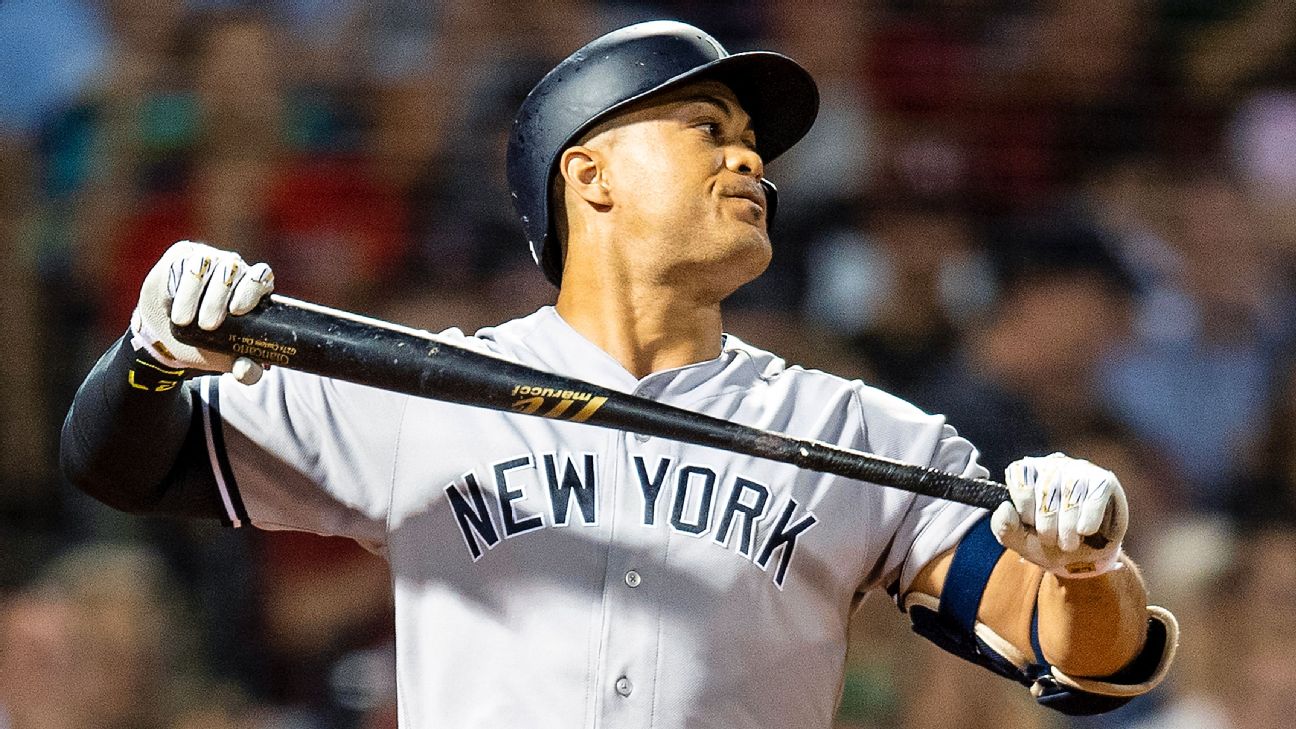 NEW YORK -- New York Yankees slugger Giancarlo Stanton returned to the starting lineup and stung the ball in his first at-bat in nearly three months, but New York fell 3-2 to the Los Angeles Angels on Wednesday night and will need to wait at least another day to clinch the American League East.

Stanton, who has battled knee issues this season, was activated from the 60-day injured list and batted fifth and played left field. He roped a double into the left-center gap leading off the second inning in his first at-bat, socked a 114.3 mph groundout in the third and struck out in the sixth.

Manager Aaron Boone, who said before the game that Stanton would probably get two at-bats and play four or five innings in the field Wednesday, removed him for Tyler Wade to start the seventh.

Stanton nearly threw out a runner from left field during the third inning, but catcher Kyle Higashioka dropped the ball trying to apply a swift, difficult tag at the plate.

"For not being out there for a few months, I felt good in the box and moved around pretty well in the outfield, so it's a good start," Stanton said. "You've just got to lock it in and go with what you know. If it's going to take a little bit of time it will, but it will be back and forth for a little while, and I have a week and a half to figure it out."

New York entered the day needing either a win over the Angels or a loss by the Tampa Bay Rays to lock up the AL East. The Rays beat the Los Angeles Dodgers 8-7 in 11 innings.

Stanton played just his 10th game this year and first since straining the posterior cruciate ligament in his right knee June 25. The Yankees have nine games left in the regular season, and Boone plans to play Stanton regularly down the stretch to build his timing and durability as October approaches.

"You've just got to roll with what you've got," Stanton said. "I worked to get back and I'm here now, so using these games as a tuneup and be ready for the playoffs.

"I'd like to play as much as I can to get at-bats, but I've still got to be smart with not being able to go on a rehab assignment at all. Just have to build it up and get it right."

Stanton, 29, the 2017 National League MVP with Miami, is hitting .294 with one home run and seven RBIs. The slugger, in his second season with the Yankees, had been working out at the team's minor league complex in Tampa, Florida.

Stanton will be used at designated hitter and in left field. New York has rotated a number of players through the latter, especially since Mike Tauchman strained his left calf this month. Tauchman was expected to miss six to eight weeks.

With Stanton activated, reliever Dellin Betances was added to the 60-day IL just three days after his season debut. Betances partially tore the Achilles tendon in his left foot when he hopped on the mound Sunday at Toronto. Surgery has not been recommended but is still possible. Betances will get a second opinion.

The right-handed Betances had previously been out with an impingement in his pitching shoulder. 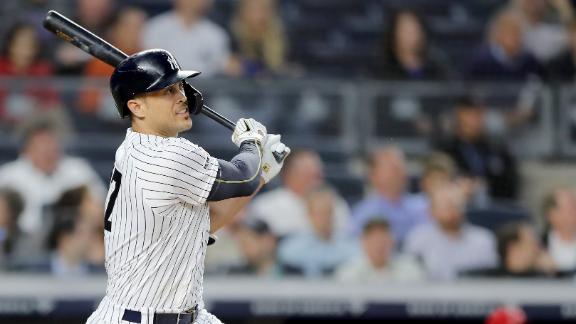