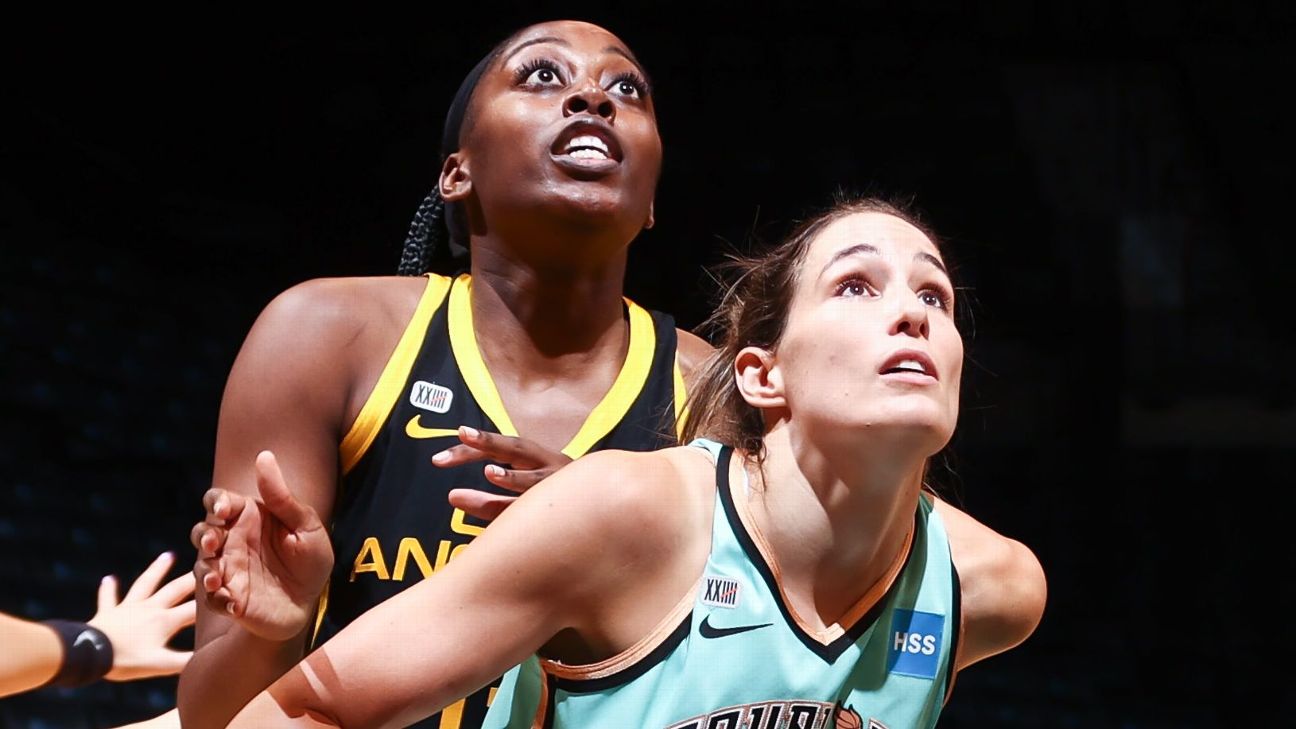 Los Angeles forward Chiney Ogwumike returned to action for the first time since May 28 as the Sparks won 86-83 against the New York Liberty on Sunday. She scored six points for the Sparks, who have won all four of their games since resumption of WNBA play after the Olympic break.

Ogwumike played in just three games in May before being sidelined by a knee injury. Her older sister, Nneka Ogwumike, also suffered a knee injury, on June 1, and didn't return until Aug. 15, when the league resumed action. Sunday's game was just the fourth time this season the sisters have played together.


The Stanford grads were both WNBA No. 1 draft picks, with Nneka going first to Los Angeles in 2012 and Chiney to Connecticut in 2014. Chiney joined the Sparks in 2019 via trade but didn't play last year in the bubble in Bradenton, Florida. Injuries also kept her out of the 2015 and 2017 seasons.

"People see me doing other things, but this is my heart and soul," Ogwumike said of playing basketball. "Especially playing with my sister and sisters [on the team]. The hardest thing was just being patient and trusting in the process, as cliché as that sounds.

"When I got the green light, I was like, 'Thank you, Lord.' I think that's the best feeling, when something's gone, you miss it more. I've missed it a lot."

Coach Derek Fisher said people may think that since Ogwumike stays busy working as an analyst for ESPN, basketball doesn't mean as much to her. But that's not true.


"It's hard to describe what players go through when they've been out for an extended period of time," Fisher said. "For Chiney in particular, who has established herself as a woman that has a platform that's larger than basketball, the assumption is this is not important to her. I'm always ready to give her so much credit for putting the work in that it takes after being out as long as she has ... and help her team in the way that she did this afternoon. She makes a difference when she's healthy and on the court."

Chiney played 9 minutes, 16 seconds and shot 3-of-4 from the field Sunday. She also had two rebounds, a steal and a blocked shot. Nneka Ogwumike had 16 points, five rebounds and six assists for the Sparks. Guards Erica Wheeler and Kristi Toliver had 17 and 16 points, respectively, for the Sparks, who are now 10-13 and in a playoff spot in eighth place.

Chiney Ogwumike said she expects to be on a minutes limit at least for a few games, but she felt fine Sunday after initially feeling a bit winded not having played a game in so long.

"My knee felt really great out there," she said. "My teammates give me so much confidence. They know my journey has been a long journey. But this is a special group, and to be out there with my sis again and to do some of the things we've always talked about ... today was a great day."
Report a correction or typo
Related topics:
sportsespnnewswnbanew york libertychiney ogwumikelos angeles sparks
Copyright © 2022 ESPN Internet Ventures. All rights reserved.
TOP STORIES
Meat Loaf, 'Bat Out of Hell' rock superstar, dies at 74
Burglary suspect who fired at police in Bronx was out on bond
CDC says omicron in NYC wastewater before reported in South Africa
Watch NatGeo documentary 'The First Wave' free for 48 hours
7 On Your Side: Tips for ordering your at-home COVID tests safely
AccuWeather: Frigid Friday
18-year-old taking groceries to grandma killed by stray bullet in NJ
Show More
10-year-old child struck by vehicle in Queens; Driver in custody
FDNY, NYPD perform water rescue saving two children from frozen pond
Teachers union says LI district not enforcing mask mandate
Man shot in leg during robbery in Brooklyn
Long Island high schooler bowls perfect game 2 weeks after 299
More TOP STORIES News