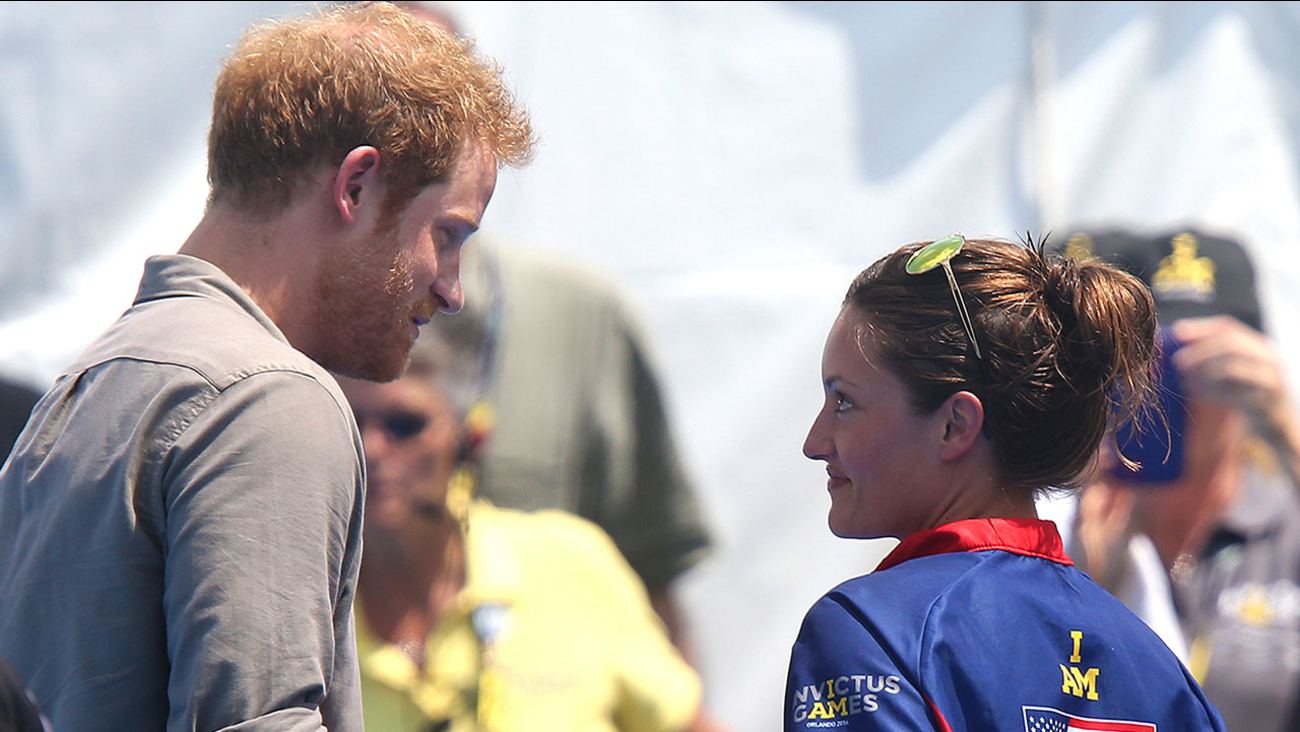 A Paralympic swimmer wanted to thank the U.K. hospital that saved her life, so she asked for a little help from none other than Prince Harry.

During the Invcitus Games for injured members of the military on Wednesday, Elizabeth Marks, a 25-year-old active duty U.S. Army staff sergeant from Arizona, won her fourth Invictus gold medal. As an act of gratitude for her medical care, she asked the prince to deliver it to the hospital for her, ABC News reports.

In 2014, Sgt. Marks was set to compete in the very first Invictus Games in London. The swimmer had suffered bilateral hip injuries during a tour in Iraq, causing her to lose feeling in her left leg. Sgt. Marks had a brush with death, though, when a lung condition caused her to collapse just before the games began, the BBC reports.

She was cared for by the team at Papworth Hospital in Cambridgeshire. She was put into an induced coma for 10 days and was on life support for two weeks, but Sgt. Marks eventually recovered. She credits her medical team with her survival.

"They absolutely saved my life and I can't thank the UK enough for having that kind of medical support and taking such good care of me," she said. 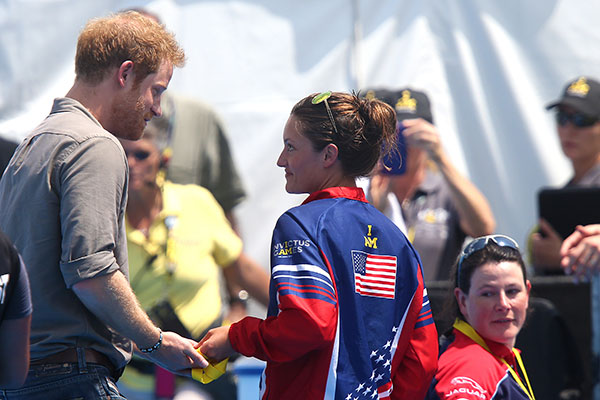 United States Army staff Sergeant Elizabeth Marks gives her Gold Medal back to Prince Harry during the Invictus Games on May 11 in Lake Buena Vista, Fla.

Sgt. Marks went on to compete in the second Invictus games, which began in Orlando on Sunday. She won all four events she entered. The first time she tried to give her medal back to Prince Harry, he wanted her to keep it, ABC News reports, but when she asked again he agreed to help.