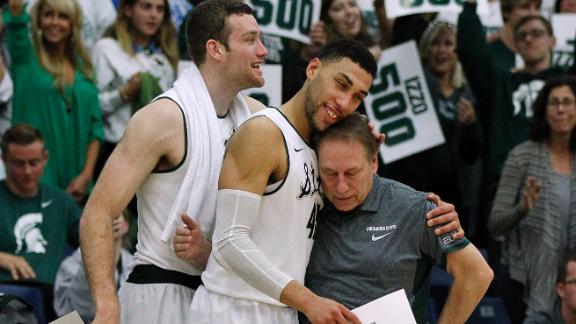 FULLERTON, Calif. -- Denzel Valentine took his game to another level, scoring, rebounding and dishing off. His teammates followed his lead, making third-ranked Michigan State too much to handle.

Valentine had a triple-double of 29 points, 11 rebounds and 10 assists, and the Spartans beat Boston College 99-68 Thursday in an opening-round game at the DirectTV Wooden Legacy, giving coach Tom Izzo his 500th career victory.

"It's Thanksgiving, when you're supposed to give thanks," Izzo said. "I'm thankful for the guys I got, the guys I have and all the people who have helped me have this special win."

Valentine helped the Spartans expand their 13-point halftime lead to 27 midway through the second half, and they eventually led by 34. His second triple-double of the season was the first in the event's nine-year history.

Valentine's six 3-pointers were one off his career high, and his points total was a career best.

Tum Tum Nairn added 13 points and eight assists for the Spartans, who shot 63 percent and dominated the boards 38-20. They hit 69 percent from the field in the second half.

"We were clicking on all cylinders," forward Matt Costello said.

After the final buzzer, Izzo's players gathered around him at midcourt, holding up "Izzo 500" signs and posing for photos.

Izzo became emotional in the locker room after the game, when Draymond Green, a former Spartan and currentGolden State Warriors forward, gave him an engraved Rolex watch with the inscription "Great Start."

Valentine backpedaled up the court after hitting consecutive 3-pointers and smiling at Green, who was sitting courtside. Valentine converted a one-handed jam off a turnover and dashed over to high-five Green, who was clearly delighted by his alma mater's theatrics.

Green stopped over in Fullerton on his way to Phoenix for the Warriors' next game.

"Draymond being here is really special to me. I look up to a guy like him," Valentine said. "When he's in the gym I have to play well. I was really focused. My teammates wanted to play well. It was a special day."

Eli Carter, a graduate transfer from Florida, led the Eagles with 22 points, one off his career high at BC.

The Spartans (5-0) next play Boise State (3-2) on Friday. The Broncos beat UC Irvine 71-64 in the day's first game at cozy Titan Gym on the campus of Cal State Fullerton.

Valentine scored 14 points in Michigan State's 25-11 run to open the second half. The Spartans made four straight 3-pointers in the spurt, with Valentine hitting three in a row and passing to Bryn Forbes for the other.

The Eagles tried rallying from the perimeter, getting three straight 3s while closing to 80-59. It didn't help. Valentine sparked a 10-0 burst with a basket and an assist that pushed Michigan State's lead to 88-59.

"If there's a better team in the country, I haven't seen them play," Eagles coach Jim Christian said. "They have no bad possessions. They're very unselfish. They make the extra play."

The Spartans led 46-33 at halftime, getting 13 straight points from Valentine in a 23-13 run to close the half. He had eight points as the Spartans rattled off 10 in a row to launch the spurt that produced a 15-point lead, their largest of the half.

Michigan State shot 62 percent in the game's opening minutes and built a 19-10 lead before Valentine even made his first basket. The Eagles answered with a 10-4 run to close to 23-20 before Valentine's offensive outburst gave the Spartans a cushion.

Boston College: The Eagles were trying for their first 4-0 start since 2007. ... Assistant coach Stan Heath, in his first season with the Eagles, spent five years in the same job under Izzo before leaving after the 2001 season.

Michigan State: Green played for the Spartans from 2008-12. ... Michigan State evened the all-time series 3-3. ... Valentine joined Green as one of only four Spartans to record a triple-double. Green had three in his career. ... Of Valentine's 11 rebounds, 10 were on the defensive glass.

Izzo became the 91st coach to record 500 career victories with at least 10 seasons in Division I. Davidson coach Bob McKillop stands at 499 wins with his next game on Saturday.

"Mike Krzyzewski is not sitting home shaking," Izzo said, referring to the Duke coach whose 1,023 victories are the most in Division I history, "but in some ways I got it better than anybody because it's the players I got."

The moderator at the postgame news conference mistakenly introduced Valentine as Denzel Washington, the Oscar-winning actor.

"Don't cause me more problems than I already have," Izzo deadpanned. "He thinks he's Denzel Washington."

Valentine follows in the footsteps of his father, Carlton, who played basketball at Michigan State from 1985-88.

"Some people say they were born with a Spartan basketball in their crib," Izzo said. "He was conceived with one in his bed."

Michigan State's 99 points were the most by a team in the Wooden Legacy, bettering the old mark of 92 by Cal State Fullerton in an overtime win against Charlotte in 2008. The Spartans' winning margin of 31 points was the largest, edging the old mark of 30 by Arizona State against UTEP also in 2008.

Information from The Associated Press and ESPN's Jeff Goodman was used in this report. 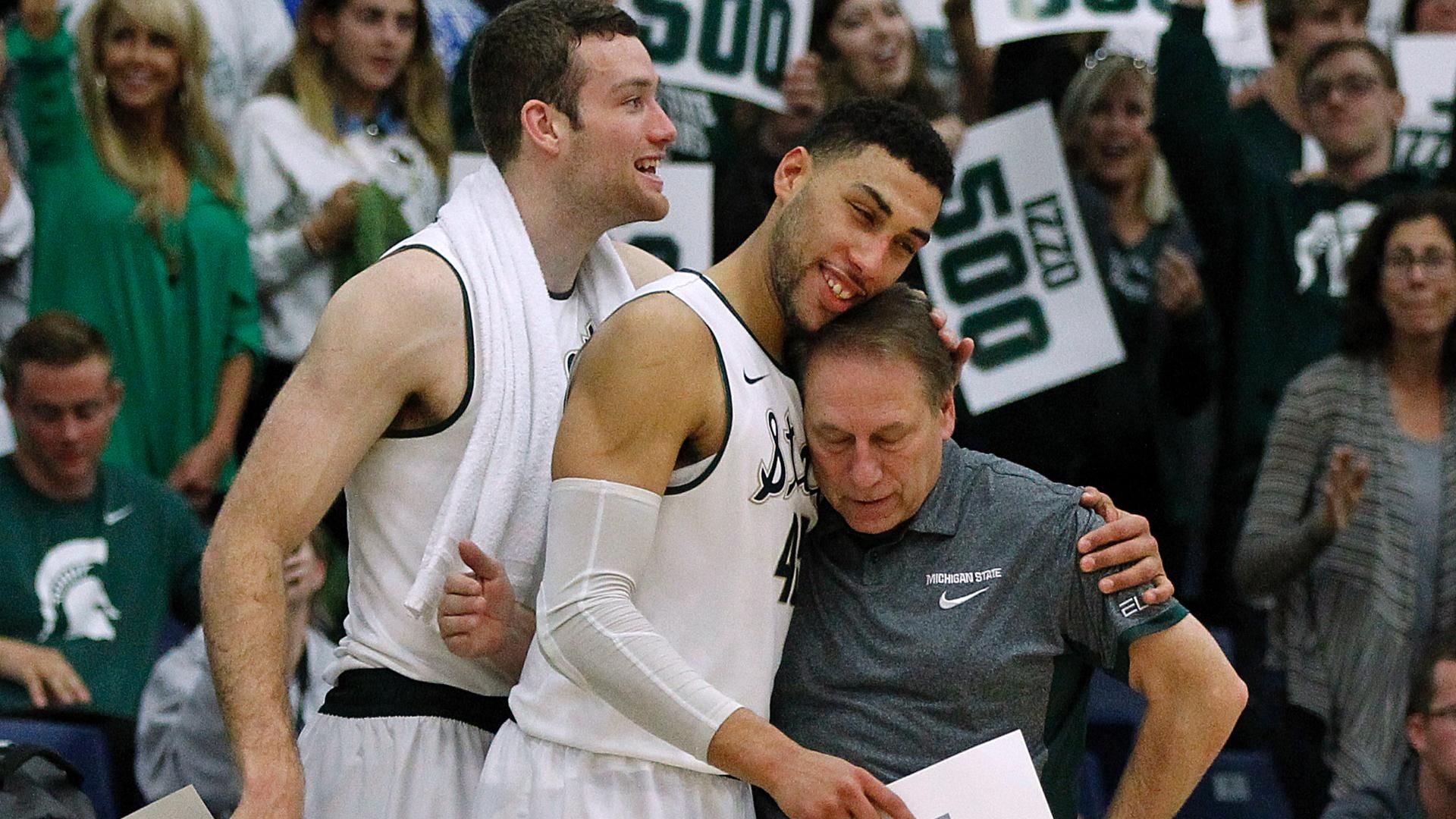