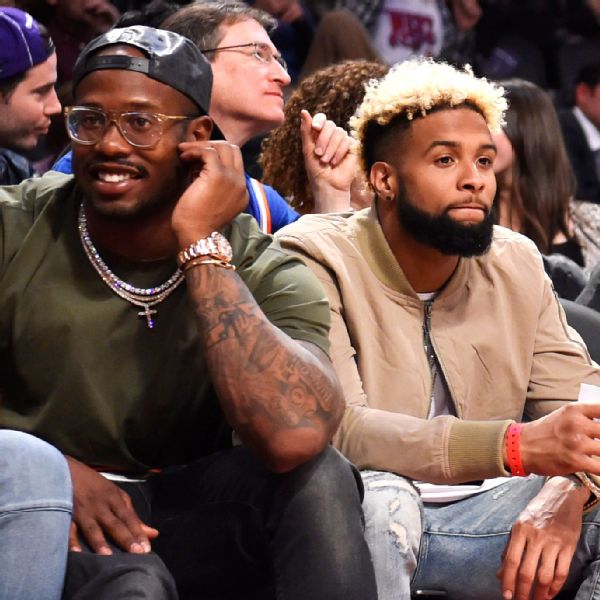 Miller still believes that the New York Giants star wide receiver deserves to be the NFL's highest-paid player, despite not being a quarterback and after having suffered a season-ending injury on Sunday.

Beckham said this summer he wanted to be the NFL's highest-paid player. But he fractured his ankle in Sunday's loss to the Los Angeles Chargers and underwent surgery on Monday night.

Miller, aDenver Broncoslinebacker, doesn't think that should scare the Giants off even one bit.

"Odell should be the highest-paid player ever in the National Football League," Miller said Wednesday on a conference call with Giants reporters ahead of Sunday's Giants-Broncos matchup. "He should be the highest-paid player ever, regardless of position. That's just the type of player he is. It doesn't matter if it's quarterback, offensive line, receiver. It doesn't matter. The type of impact that he has on the globe, the type of viewers that he brings -- just him as a player. That makes up for him not playing quarterback. So, he's a once-in-a-lifetime player. Definitely deserving.

"There's no reason that he won't come back and be the same type of player. That's just one of the guys that you invest in. When you get a guy like that, that's the guy that you invest in, that you want to keep around for his whole career."

Giants owner John Mara said this summer that Beckham would eventually be handsomely paid. Mara also conceded it wasn't likely that he'll be the league's highest-paid player, given the importance of the quarterback position and that Beckham is a wide receiver. Beckham's injury naturally plays into the situation now. He likely will have to rehab and return to his previous form before getting paid. And he's not going to want to take any serious risks before he gets paid.

It will be a difficult situation for both sides to navigate and come to an agreement, especially considering negotiations never began earlier this year, the first time Beckham was eligible for an extension.

Miller and Beckham have become close friends over the years. Miller, who last year signed a six-year deal that included a record $70 million guaranteed, has spoken to Beckham over the past few days and remains confident the wideout will be just fine.

"I talked to him, and it's just a tough situation," Miller said. "Every elite player in the National Football League has to overcome some type of injury once or twice in their career. The type of person that Odell is -- I know him personally, so I know that he's going to come back even stronger and better."

Miller tore his ACL late in the 2013 season. He returned to have 14.5 sacks in 2014. And he went on to earn Super Bowl MVP honors when the Broncos won the championship game in 2016.
Report a correction or typo
Related topics:
sportsespnnflobjodell beckham jrvon millernew york giants
Copyright © 2020 ESPN Internet Ventures. All rights reserved.
More Videos
From CNN Newsource affiliates
TOP STORIES