Yankees-Astros Game 4 rained out until Thursday 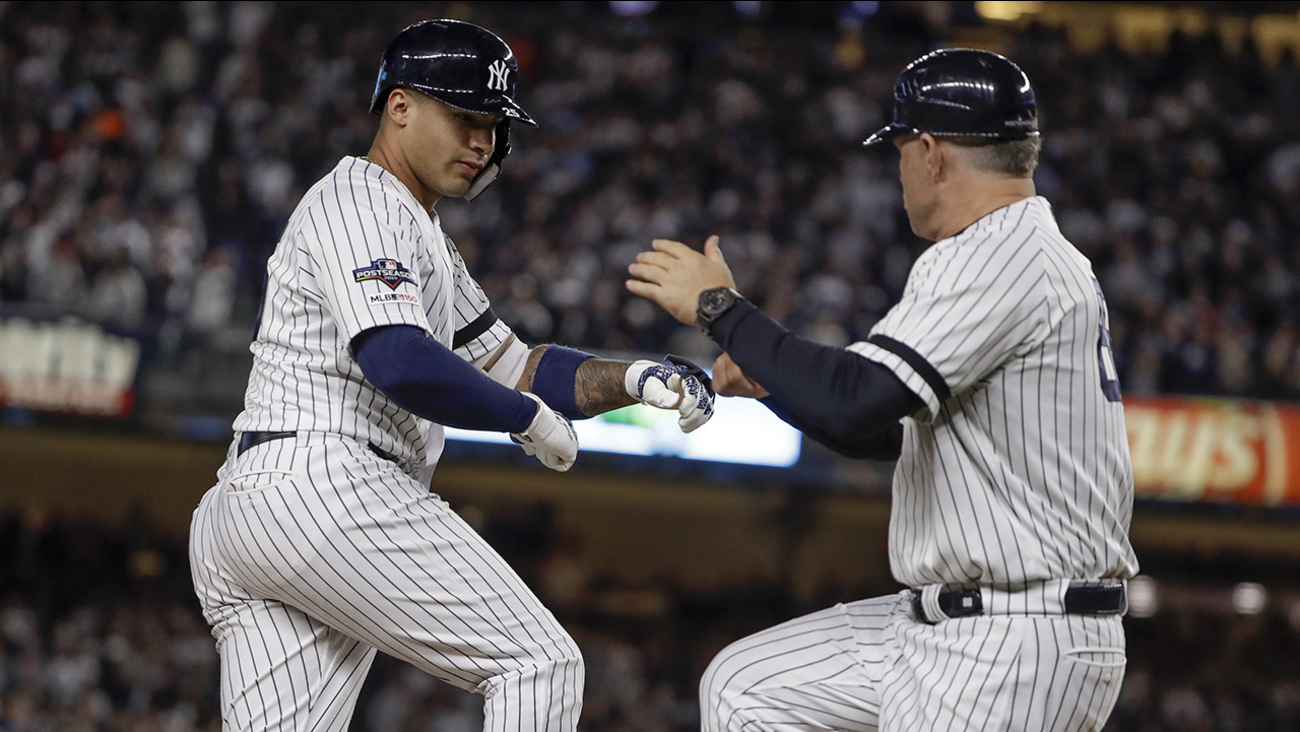 NEW YORK (WABC) -- The rain in New York City has forced the New York Yankees to postpone Game 4 against the Houston Astros until Thursday at 8:08 p.m.

According to the forecast, there will be heavy showers in the Bronx on Wednesday. There is a 100% chance of rain at 8 p.m. ET, which is when Game 4 was originally scheduled.

The Astros' confidence is high after back-to-back wins in the ALCS against the Yankees, giving them a 2-1 lead.

Game 3 was played Tuesday afternoon. Game 5 is now scheduled for Friday at 7:08 p.m.

The postponement results in a quick turnaround for the Astros and Yankees, as Games 6 and 7 would occur on Saturday and Sunday in Houston, if the games are needed.

It's expected that Houston will start Zack Greinke against the Yankees' Masahiro Tanaka in a rematch of Game 1. Tanaka pitched six sterling innings as New York won the opener 7-0.

Both clubs had planned to use bullpen openers Wednesday, and the day off will be welcome for New York after manager Aaron Boone used five relievers to cover 4 2/3 innings Tuesday. Starter Luis Severino threw 36 pitches in the first inning and was pulled in the fifth. Boone deployed key arms Chad Green, Tommy Kahnle, Adam Ottavino and Zack Britton in the loss, although none threw more than 11 pitches.

Of course, now the teams might play the final four games without a day off, culminating in Game 7 on Sunday. With the Yankees leaning heavily on their bullpen this month, the starter-driven Astros could be at an advantage.

Greinke, a 2009 Cy Young Award winner acquired from Arizona at the July 31 trade deadline, has struggled through two starts this postseason. He allowed six runs and couldn't finish the fourth inning against Tampa Bay in Game 3 of the AL Division Series, and the Yankees hammered two homers and scored three runs against him in six innings in the ALCS opener.