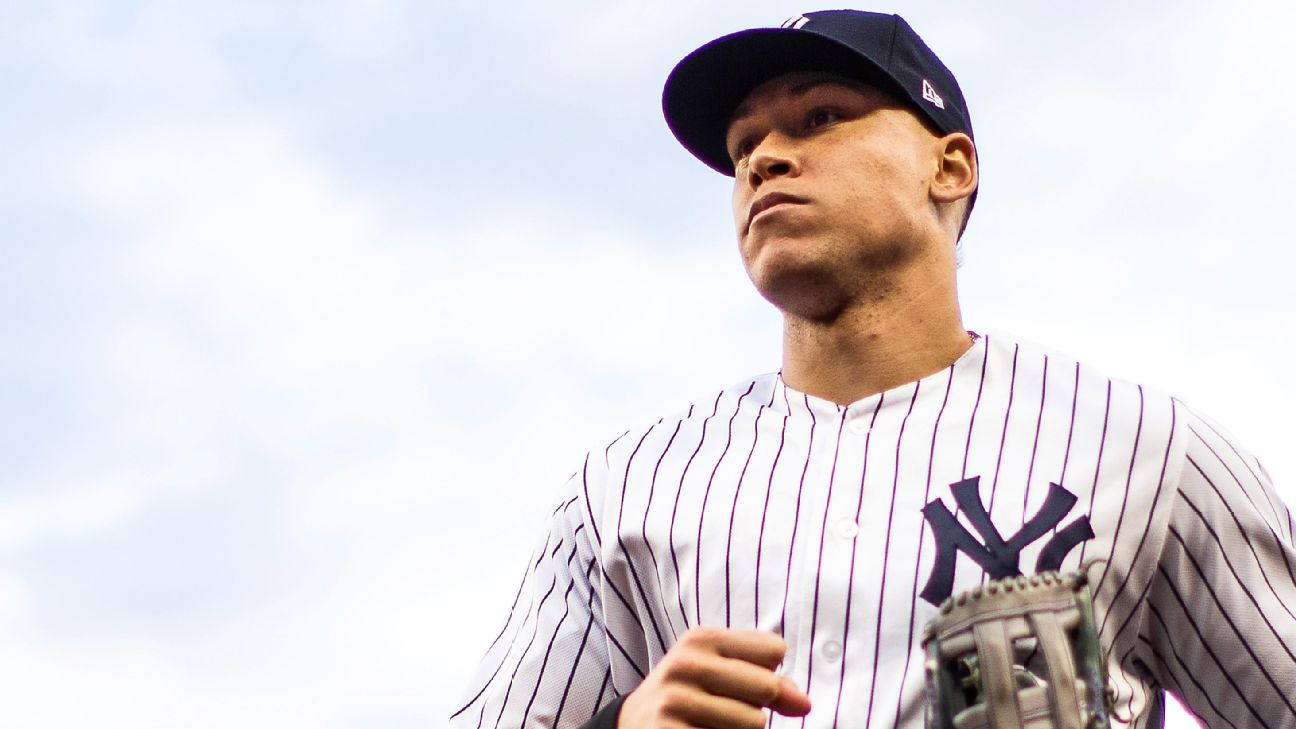 TAMPA, Fla. -- New York Yankees general manager Brian Cashman said right fielder Aaron Judge is feeling better but will have more tests to determine the cause of soreness in the right pectoral area near his shoulder.

Sources told ESPN's Buster Olney that there is a growing sense among the Yankees that Judge has turned the corner in his rehab.

Judge was shut down from hitting about a week before spring training with shoulder soreness. He experienced discomfort Friday when he took batting practice for the second straight day in an indoor cage.

"He feels it more now in the pec," Cashman said. "It's moved down toward the pec. We're just trying to figure it out and determine what's bothering him. In the meantime, I can just tell you he is feeling better in the last 48 hours."

Cashman also said Tuesday that he feels it is unrealistic to expect slugger Giancarlo Stanton to be ready for Opening Day on March 26 at Baltimore because of a strained right calf. Stanton was hurt during defensive drills a week ago.

"With arguably what, 3 weeks to go before Opening Day, I think we'd rather be safe than sorry,'' Cashman said.

Cashman said he believes Stanton will be back in April.

After winning the 2017 American League Rookie of the Year award, Judge was limited to 112 games in 2018 because of a broken right wrist and 102 games last year because of a strained left oblique.

Stanton was acquired by the Yankees from Miami before the 2018 season. The left fielder played in just 18 regular-season games last year because of a strained left biceps and a sprained right knee.

New York already was without center fielder Aaron Hicks. He had Tommy John surgery on his right elbow on Oct. 31 and is not expected back until summer.

In their absence, the Yankees' outfield may include Brett Gardner in center, flanked by Mike Tauchman and Clint Frazier. 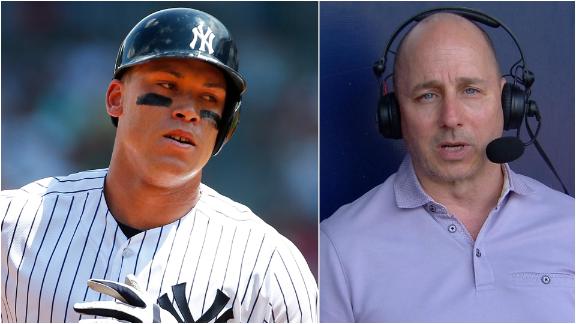