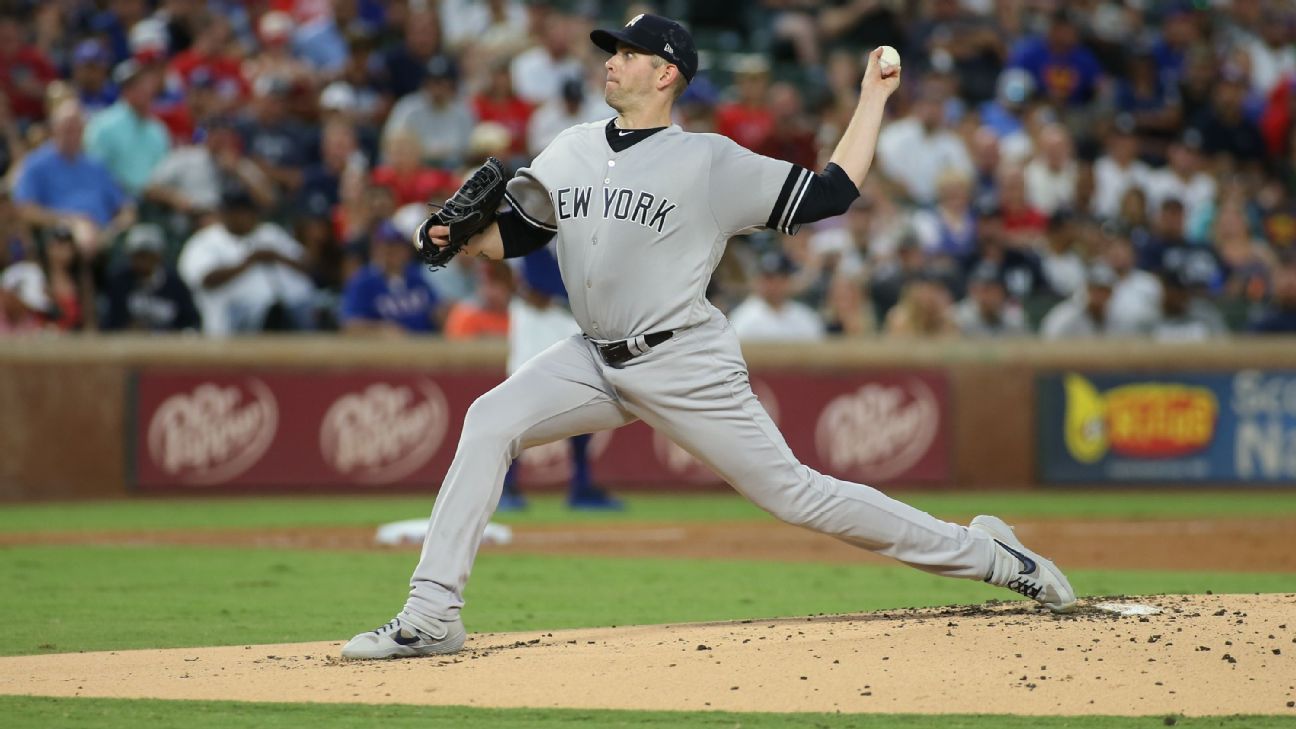 ARLINGTON, Texas -- James Paxton and theNew York Yankeesare confident the left-hander will be ready for the playoffs after an MRI showed only nerve irritation in his left glute.

Paxton said Saturday that he's "on some pills to help calm it down.''

The Yankees removed Paxton as a precaution after the first inning Friday night against Texas, his final start before the postseason, because he felt tightness and some discomfort.

"We think it's something minor,'' manager Aaron Boone said after the MRI on Saturday. "He's going to take a little medicine now, but feel like it's not going to alter anything for him moving forward as far as the work he'll do from now until he goes back out there. Feel like overall it's pretty good news and encouraged by how he's feeling.''

Paxton had won 10 consecutive starts before what became a no-decision in a 14-7 Yankees victory in the series opener against the Rangers. He is 15-6 with a 3.73 ERA this season and has not lost a start since July 26.

Boone said in a normal situation, Paxton would have continued pitching and been able to be effective.

"It was just something where obviously the next one's really important and didn't want to take any risk,'' Boone said.