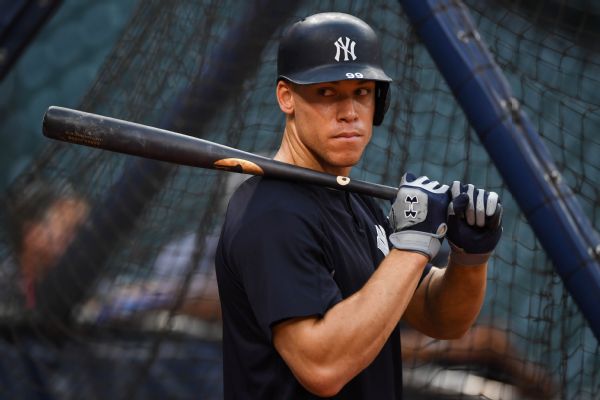 HOUSTON -- Despite Aaron Judge's struggles in the American League Division Series, New York Yankees manager Joe Girardi said he has no plans to move Judge down in the order during the AL Championship Series.

"I never talked about moving him down," Girardi said.

Judge set an MLB-playoff-series record by striking out 16 times in the five ALDS games against Cleveland. Judge, a regular-season MVP candidate, had one hit in his 20 at-bats, which was a two-run double off Indians starterTrevor Bauerin Game 4. Judge hit a two-run homer in the wild-card-game win over the Twins.

For Game 1, Judge will bat second in front of fellow righty Gary Sanchez, with Didi Gregoriusbatting cleanup against Astros left-handerDallas Keuchel. When righty Justin Verlander starts Saturday for the Astros, Girardi expects to return to Judge, Gregorius and then Sanchez as his 3-4-5 batters.